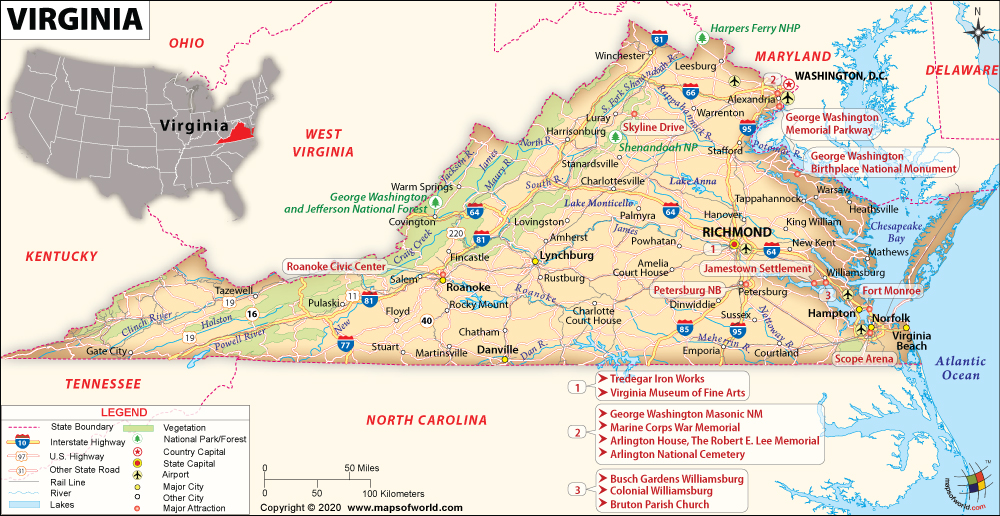 Virginia is a US state in the Southeastern and Mid-Atlantic regions of the country. It is located between the Atlantic Coast and the Appalachian Mountains. It is the 35th largest state in the USA with covering an area of 110,787 km² (42,775 sq mi). With a population of about 8.5 million people (2019 est.), It is the 12th most populous state. The state’s capital is Richmond while the largest city is Virginia Beach (pop. 453,000).

In April 1606, King James I of England granted the Virginia Company a charter to establish colonies in Virginia. Virginia was the first region of the Americas where the English permanently settled. The area of Virginia was part of the original territory of the United States. The state joined the Union on 25th June 1788, as the 10th of the original thirteen states. 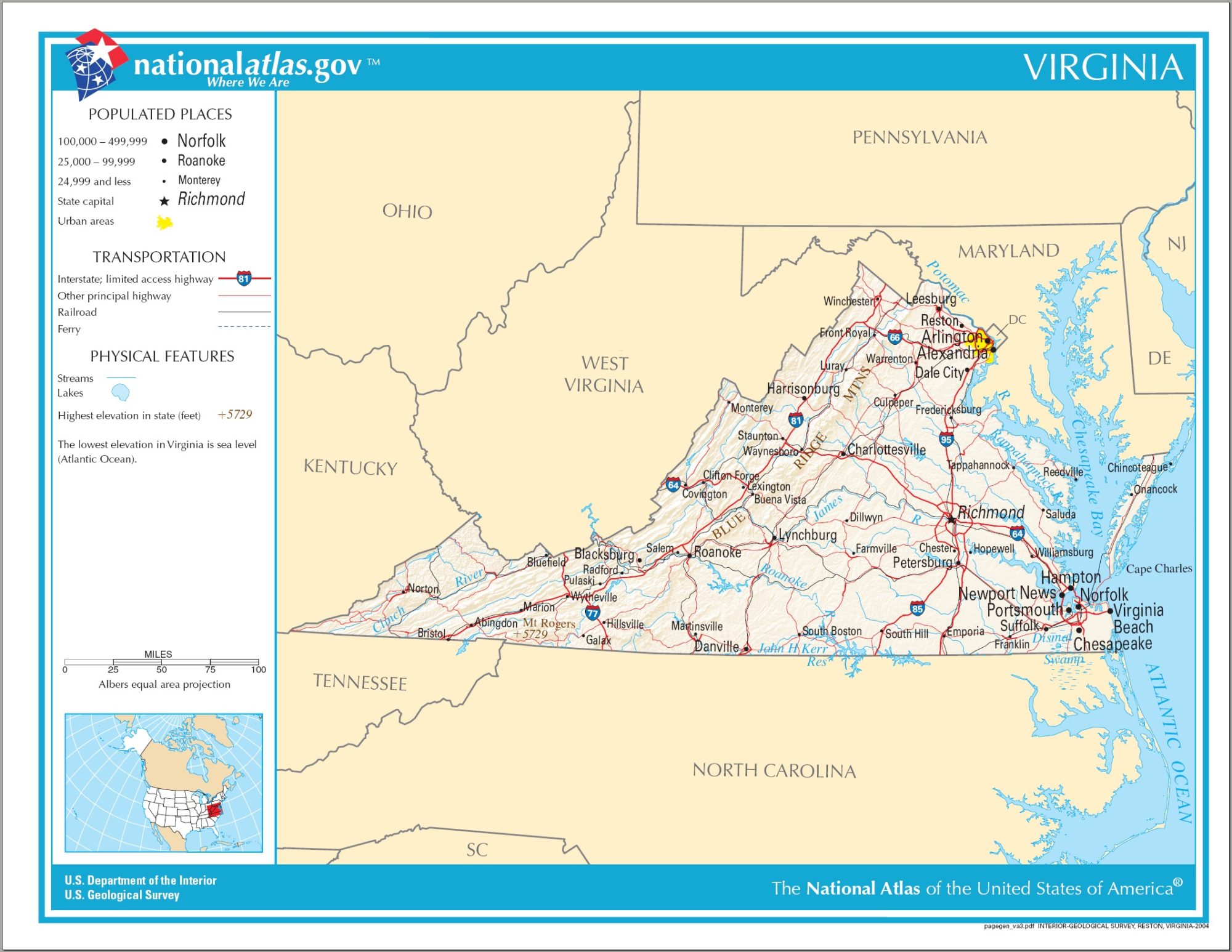 County Map of Virginia consists of 95 counties. There are also 38 independent cities that are considered county-equivalents for census purposes. Pittsylvania County is the largest county in Virginia by land area. It has a total area of 978 square miles (2,530 km2). Fairfax County is the most populous county of the state. As of the 2010 census, It has a population of 1,081,726. 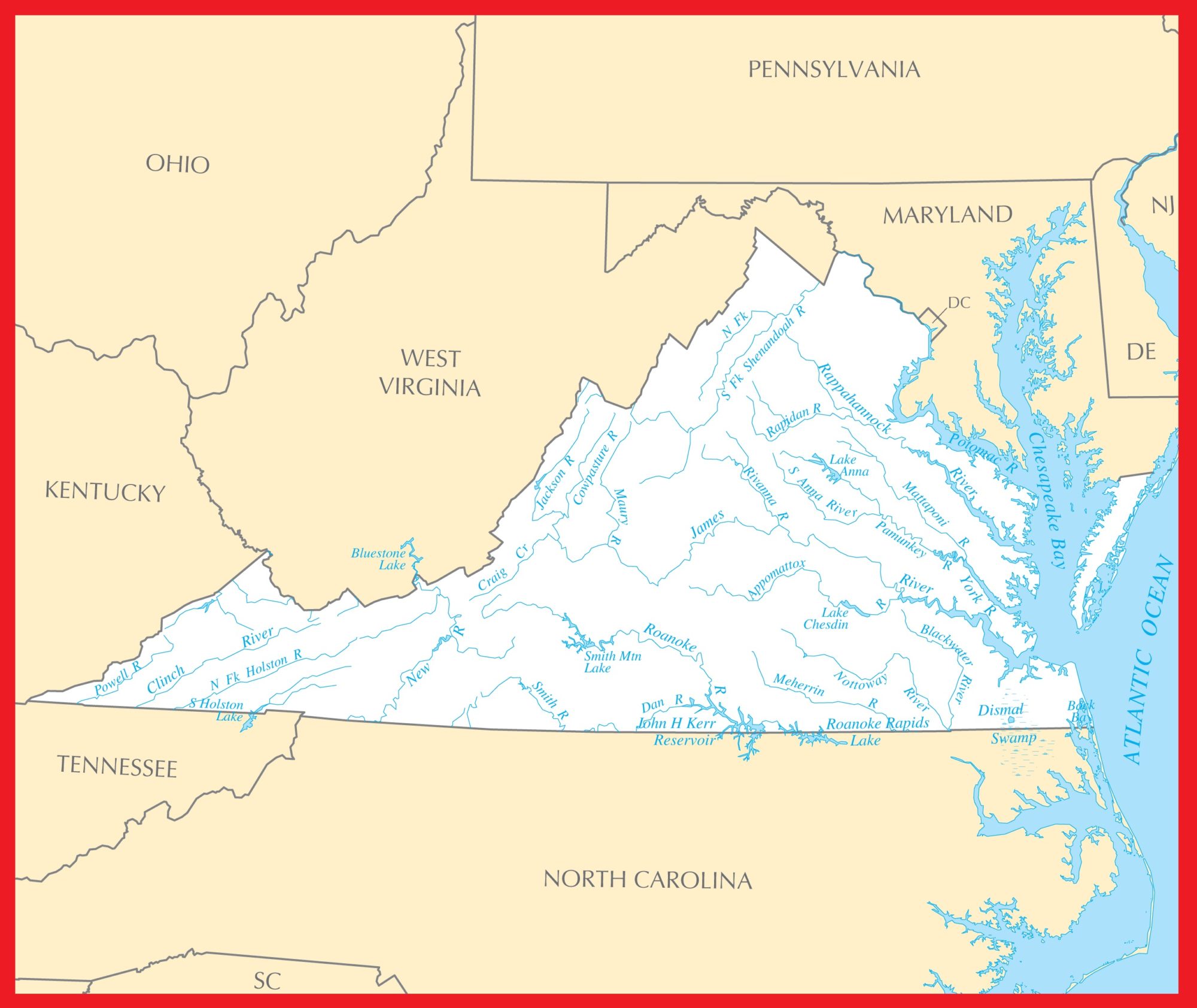 Virginia is a US state in the Southeastern and Mid-Atlantic regions of the country. It is located between the Atlantic Coast and the Appalachian Mountains. It is the 35th largest state in the USA with covering an area of 110,787 km² (42,775 sq mi). The state shares borders with Kentucky, Maryland, North Carolina, Tennessee, West Virginia, and Washington, District of Columbia. 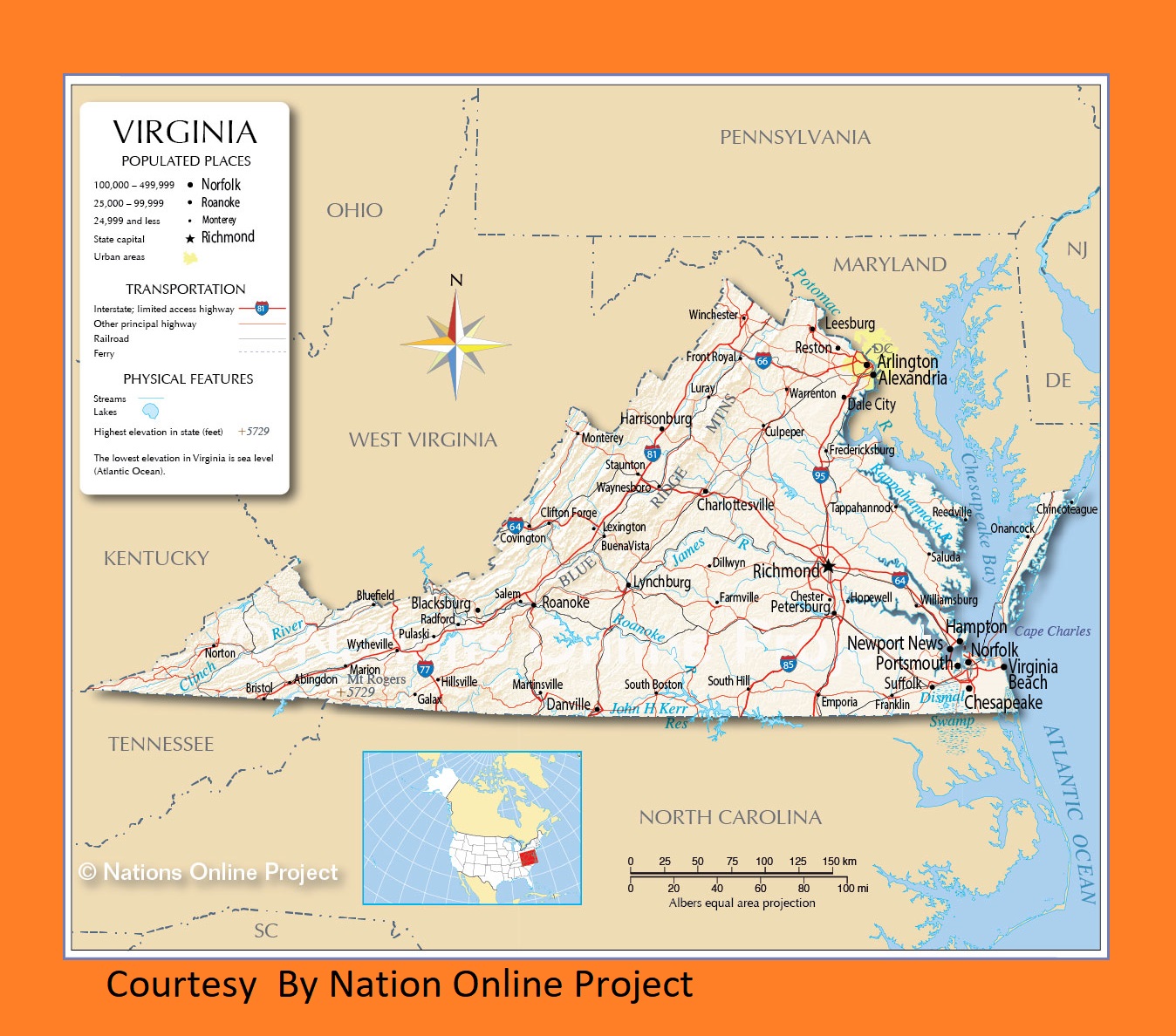 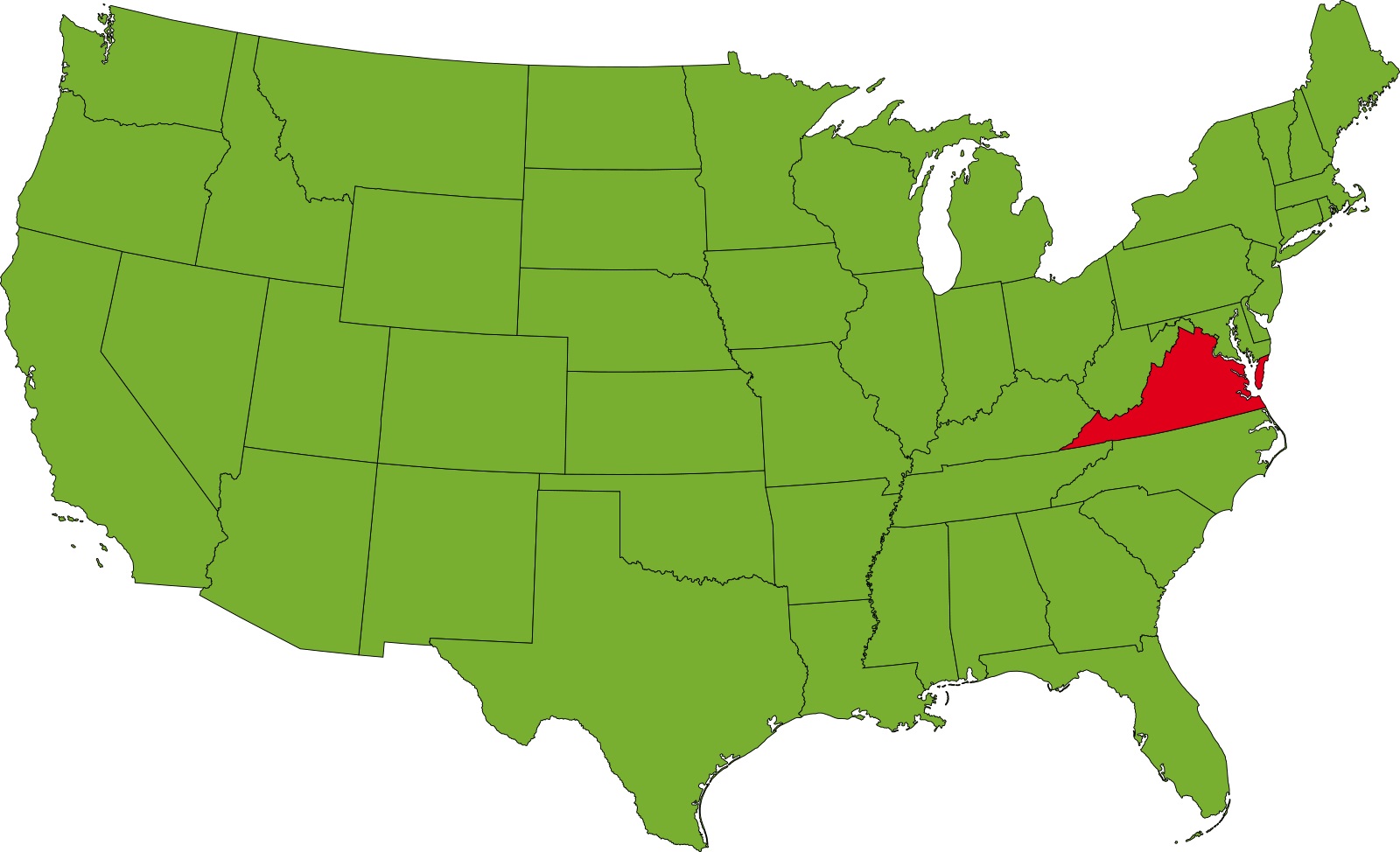 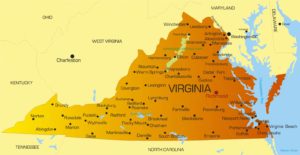 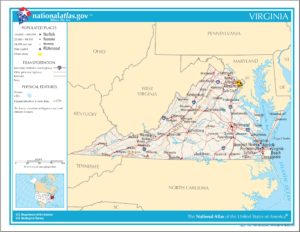 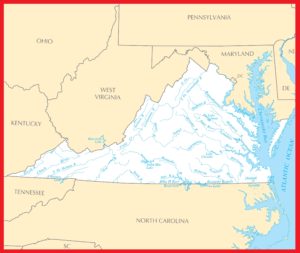 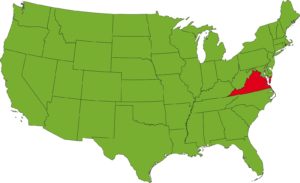 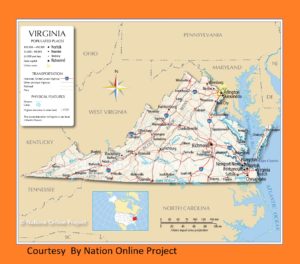