Alaska Is the Largest State of USA And It is situated in the north of the United States. Political Map of Alaska Separated from the United States by Canada and It covers an area of 663,268 square miles. Alaska is one of two US states not bordered by another state, Hawaii is the other. However, it is the 3rd least populated state of the country and as of 2016. It comprising a population of 741,894 people.

Alaska was Under Russian from the 1740s until 1867. In 1867, the territory was bought by the US from the Russians. Admission to the Union was on the 3rd of January 1959, the state was admitted as the 49th state.

Alaska Political Map shows the US state of Alaska and the Aleutian Islands with maritime and land boundaries, the location of the state capital Juneau, major cities and populated places, rivers, and lakes, highest mountains, interstate highways, principal highways, ferry lines, and railroads.

Alaska shares borders with the Canadian province of British Columbia and the territory of Yukon to the east. The state also shares a maritime border with Russia, which is located across the Bering Strait. To the north are the Chukchi and Beaufort seas of the Arctic Ocean, while the Pacific Ocean lies to the south and southwest. 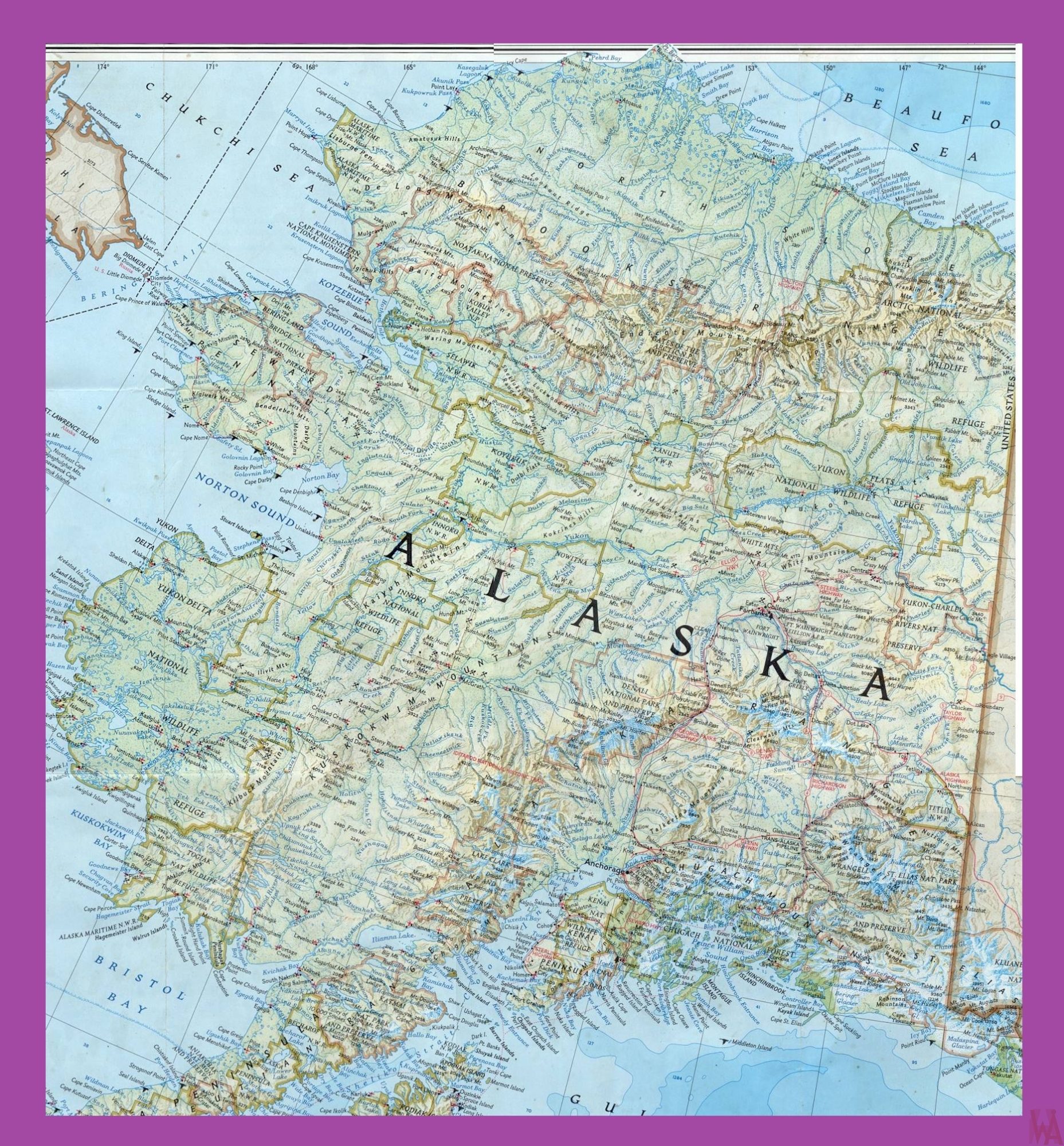 Juneau is the Political capital of Alaska and Anchorage is the largest city of the state. Denali, which is also known as Mount McKinley and has a height of 6,190 meters, is the highest point in Alaska and it is also the highest mountain peak in North America.

The United States purchased Alaska at around two cents per acre from the Russian Empire. The city of Anchorage is home to more than 40 percent of Alaska's total population. The state has 17 out of 20 highest mountain peaks in America.

The Map of Kachemak Bay