Alabama is located at a latitude of 32.3182° N and a longitude of 86.9023° W. With GPS coordinates of 32°50′5″N and 86°38′0″W, the geographic center of Alabama points to Chilton County, twelve miles outside of Clanton. The state is located in the southeastern United States between Mississippi and Georgia states.

Physical Map of Alabama occupies an area of 135,767 km² (52,420 sq mi). Alabama is six times larger than New Jersey, but it would fit into Texas about five times.  Alabama has four borders, each of which separates Alabama from another U.S. state. With Mississippi to the west and Georgia to the east, Alabama is south of Tennessee and north of a small percentage of Florida. The majority of Alabama’s southern border lies along the Gulf of Mexico. 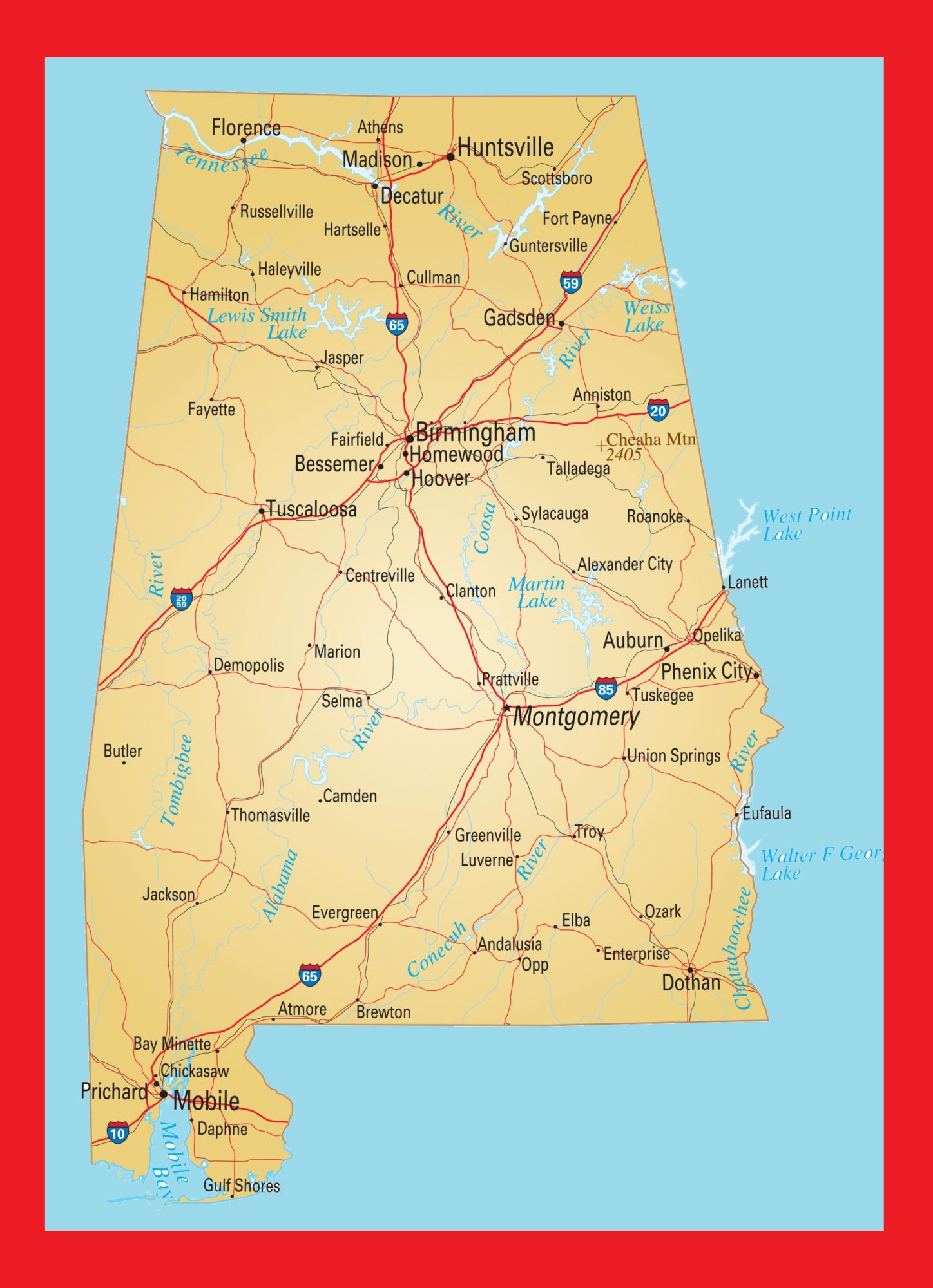 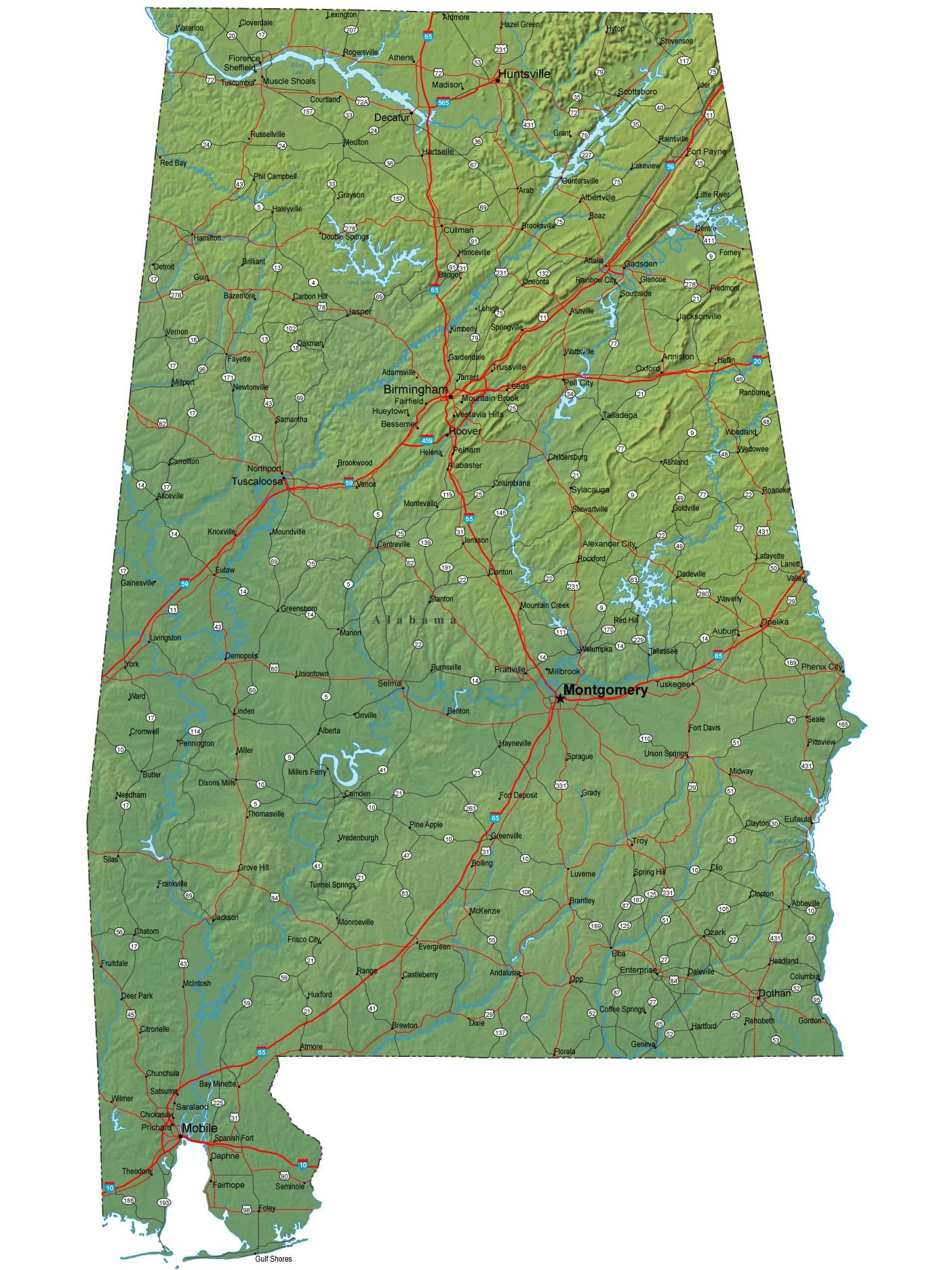