South Dakota is a landlocked state in the Midwestern region of the United States. The state is famous for rolling prairies and Black Hills National Forest. Map of South Dakota shares borders with North Dakota, Nebraska, Minnesota, Iowa, and Wyoming and Montana.

Covering an area of 78,116 square miles, It is the 17th largest state by area. South Dakota has a population of just 884,000 people (2019 est.), making it the 46th most populous state in the country. Pierre is the state capital while Sioux is the largest city in the state.

Many native Indian tribes inhabited this area for thousands of years. French Canadian traders and explorers claimed the area for France in 1743. As part of the Louisiana Purchase, the United States acquired almost all of the area of South Dakota from France in 1803. On November 2, 1889, Dakota Territory was split into two and South Dakota joined the Union.

South Dakota is a landlocked state located in the Midwestern region of the United States. Political Map of South Dakota shares borders with North Dakota to the north, Nebraska to the south, Minnesota to the east, Iowa in the southeast, and Wyoming and Montana to the west. Pierre is the state capital while Sioux is the largest city in the state.

The County Map of South Dakota is divided into 66 counties. Todd County and Shannon County do not have their own county seats. Meade County is the largest county by area in South Dakota. It has a total area of 3,483 square miles (9,020 km2). Minnehaha County is the state’s most populous county with a population of 169,468.

South Dakota is located in the Midwestern region of the United States. It shares borders with North Dakota, Nebraska, Minnesota, Iowa, and Wyoming and Montana. Covering an area of 78,116 square miles, It is the 17th largest state by area. The state’s highest point is Black Elk Peak (formerly known as Harney Peak). It has an elevation of 2,207 m (7,242 ft), situated in the Black Elk Wilderness area of the Black Hills.

The Missouri River flows north to south through the center of South Dakota. Other major rivers are the Grand River, the Moreau River, the Cheyenne River, the Bad River, and the White River. The Geography Map of South Dakota is dominated by the Coteau des Prairies, the James River Basin, the Coteau du Missouri, the Badlands, and the Black Hills.

The Transportation Map of South Dakota features 83,609 miles (134,556 km) of highways, roads, and streets, along with 679 miles (1,093 km) of interstate highways. I-29, I-90, I-229, I-190 are the 4 major interstate highways of the state. The busiest airports in the state are Sioux Falls Regional Airport and Rapid City Regional Airport. The largest railroad in South Dakota is BNSF Railway. Amtrak service does not operate here. 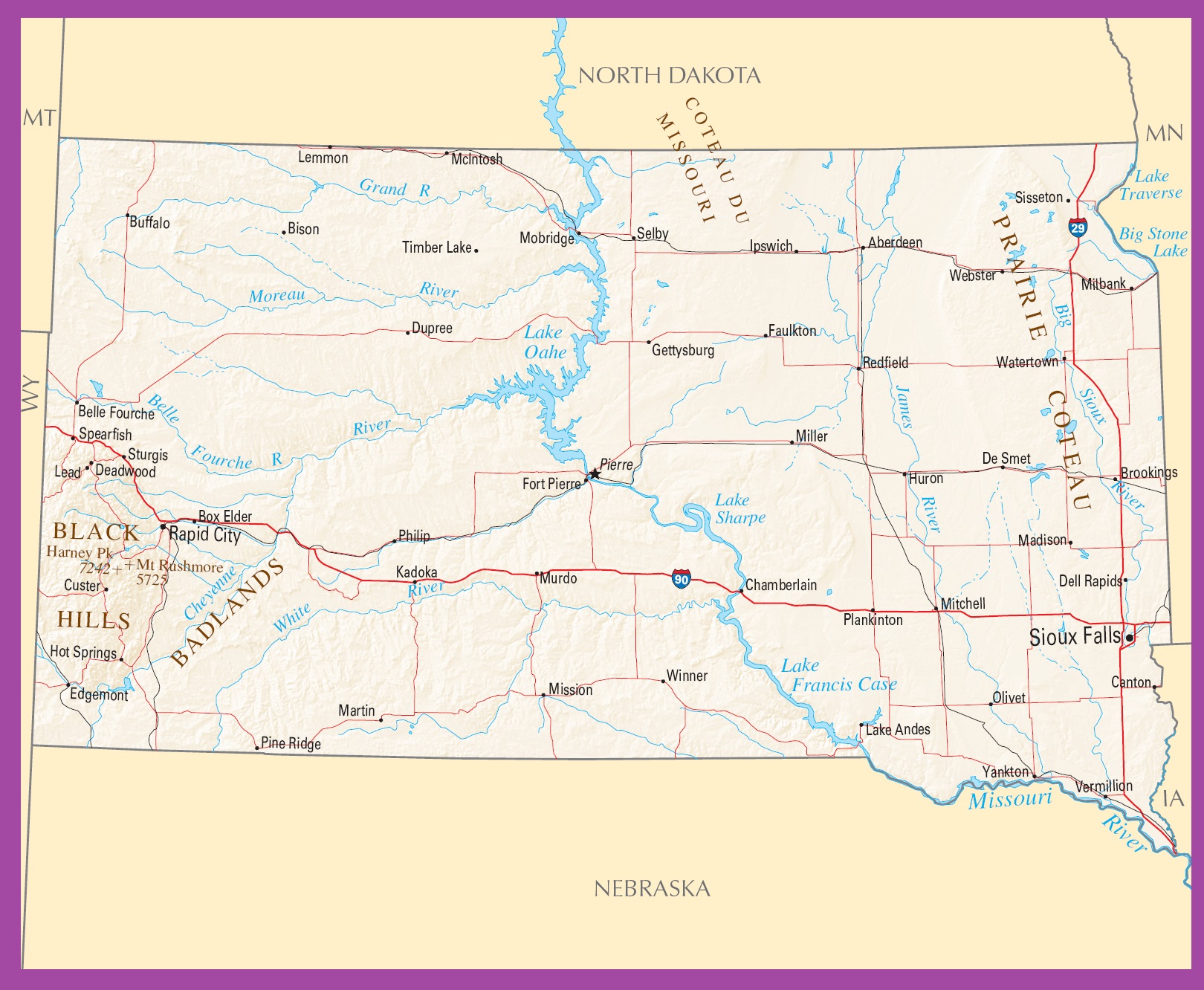 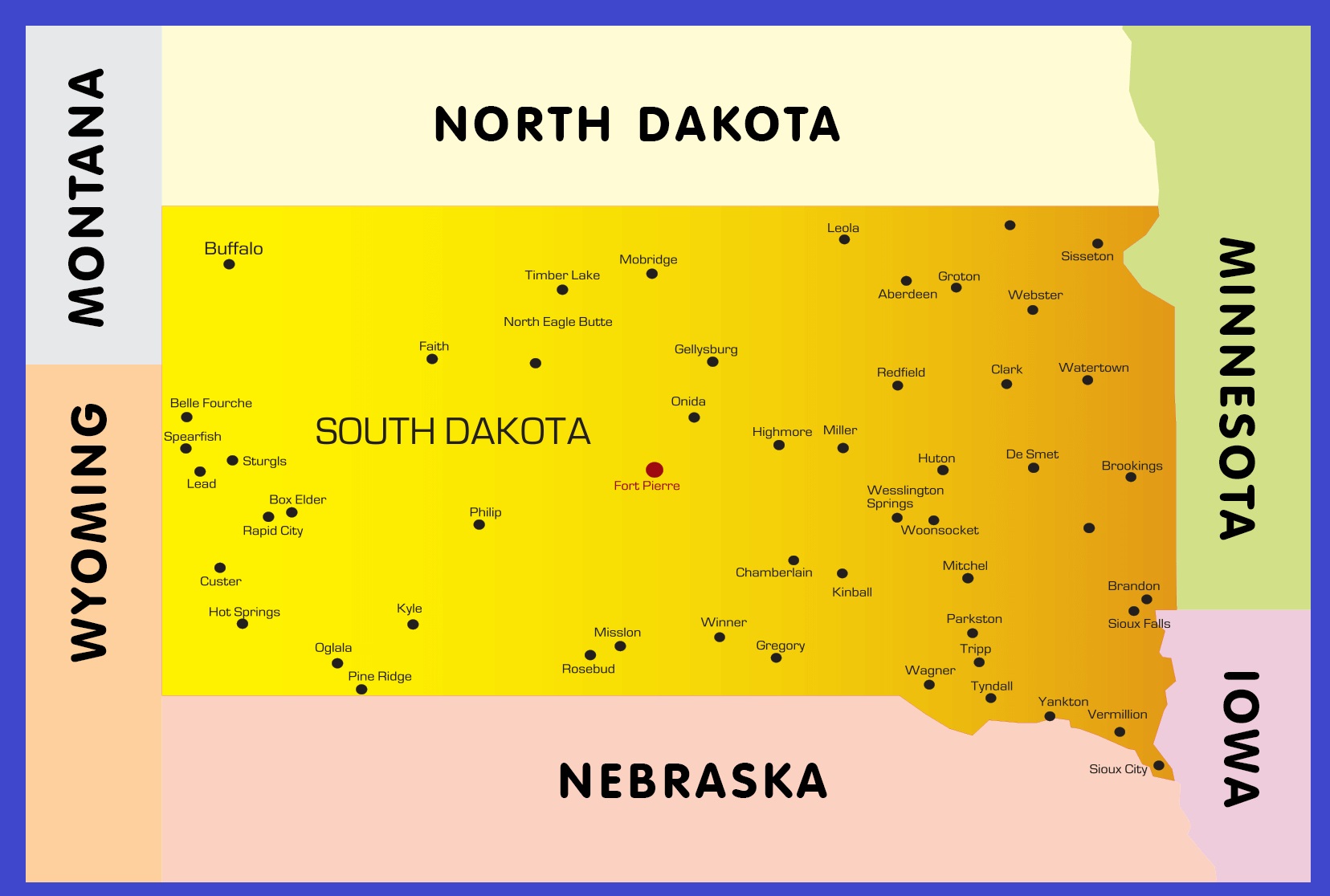