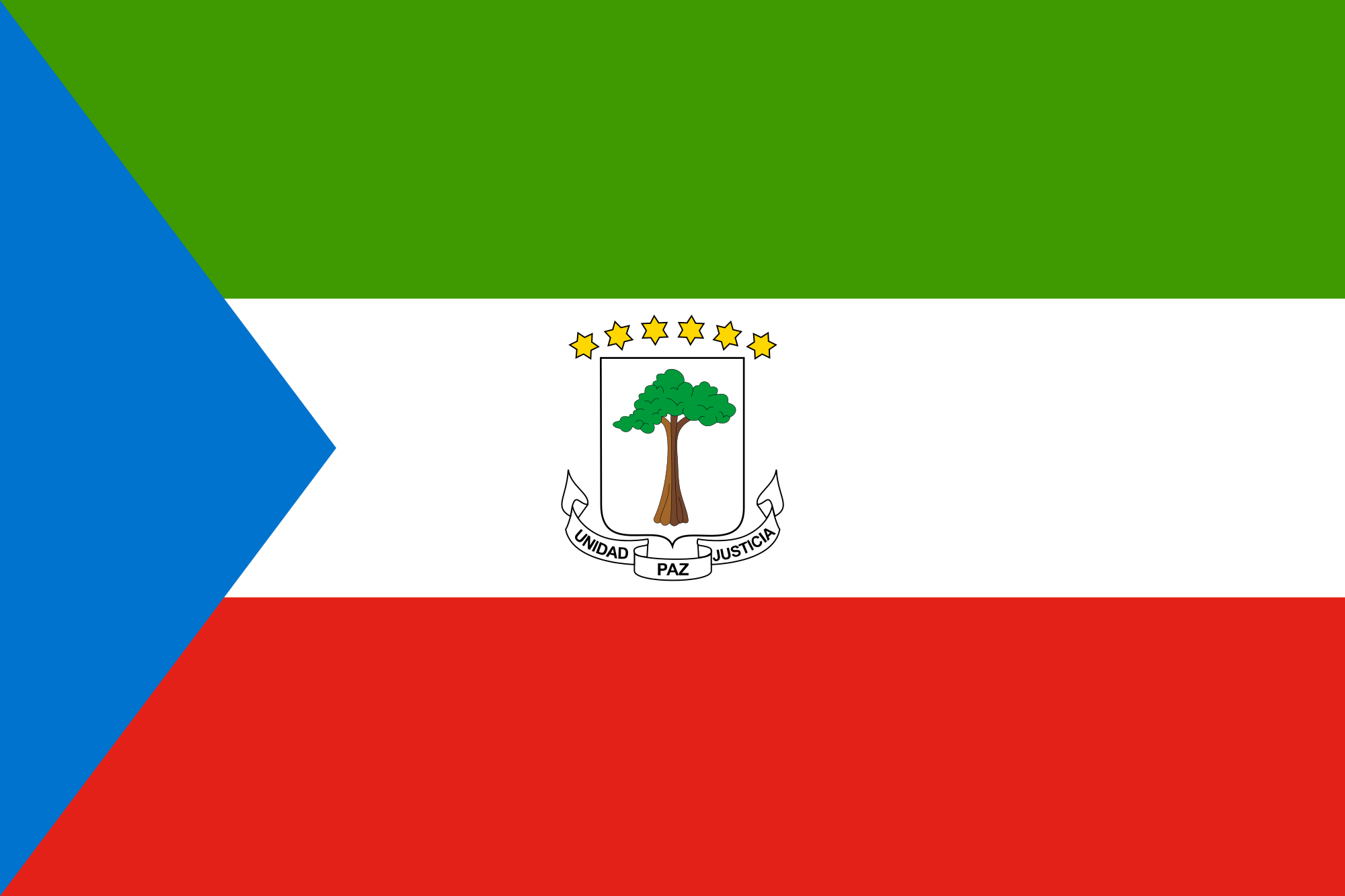 Under Nguema’s rule, the coat of arm of Equatorial Guinea consisted of several tools, a sword, and a chicken. The modified national motto Trabajo (work), and Unidad, Paz, Justicia (Unity, Peace, Justice) was written in two stripes. The original coat of arms was restored on the Equatorial Guinea National Flag after Nguema was deposed on 21 August 1979.

Design Of The Flag

Meaning Of The Flag

The blue triangle on the Flag Of Equatorial Guinea symbolizes the sea, which links the different parts of the nation together. The silk cotton or god tree in the coat of arms represents the country’s historical link to Spain. It was under a similar tree that a treaty was signed with the Spanish at the time of colonization.

What Are The Colours of The Flag?
Ans: Green, White, And Red, Blue

What Do The Green And White Colours of The Flag Means?
Ans: The green color stripe symbolizes the country’s lush vegetation and agricultural wealth. The white color on the flag represents peace and the red stands for Equatorial Guinea’s struggle for independence.