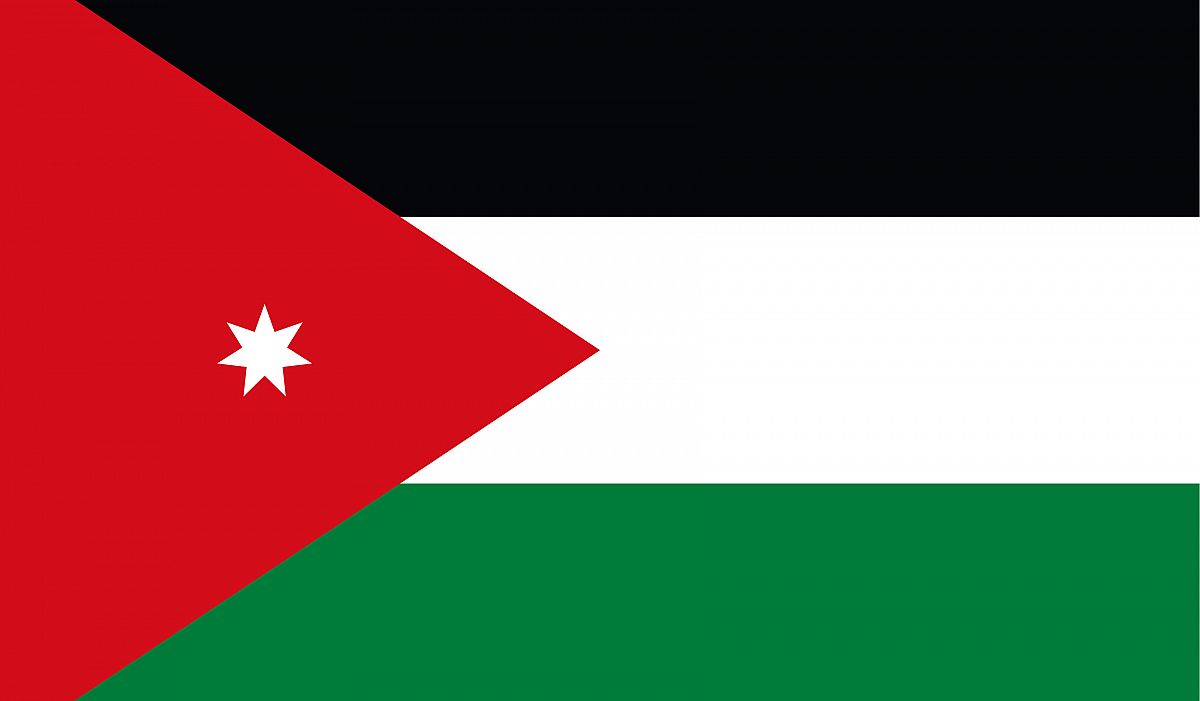 The National Flag Of Jordan is the official flag of the Hashemite Kingdom of Jordan. It represents the state, its sovereignty, and its citizens in Jordan and worldwide. The flag was officially adopted on 18 April 1928. The design of the Flag Of Jordan is based on the flag of the Arab Revolt against the Ottoman Empire during World War I. This Jordan National Flag consists of horizontal black, white, and green bands. Those bands are connected by a red chevron. The red chevron contains a seven-pointed star.

Meaning Of The Colors And Design

The flag of Jordan features four colors red, black, white, and green. These are the traditional Pan-Arab colors used on the flags of other Arab nations. The colors on the National Flag Of Jordan represents the Abbasid (black band), Umayyad (white band), and Fatimid (green band) caliphates. The current ruling dynasty of the Jordan, the Hashemite dynasty, is represented by the red chevron. The star at the center of the chevron epitomizes the unity of the Arab people. The star’s seven points stand for the seven hills that formed the capital city of Amman.

What Are The Colours of The Flag?
Ans: Red, White, Green, Red

What Do The Colours of The Flag Means?
Ans: The colors on the National Flag Of Jordan represents the Abbasid (black band), Umayyad (white band), and Fatimid (green band) caliphates.

Who Is The Designer of The Flag?
Ans: Henri Philippe Pharaoun