The Capital City of the United States of America is Washington, D.C., and can be referred to formally as the District of Columbia. The city had a population of 6,131,977 and an approximate size of 68.34 square miles. According To The National Capital Map of the USA, Washington, D.C Is Located on the East Coast of the United States and it is bound by the states of Virginia and Maryland.

The Capital City was founded after the American Revolution and named after the Founding Father and first President of the United States of America, General George Washington.

Cities Map of the USA

This is a list of the 50 current state capitals of the United States.

✅Map of USA With Capitals 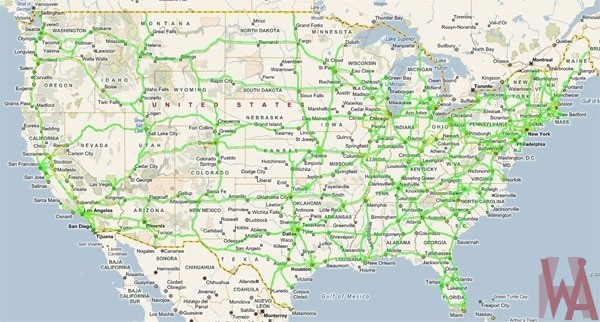 The USA has The longest Road network in the world. The US has a road stretch of more than 4 million miles (6,586,610 km), as per the 2012 CIA Factbook. The USA also has the world's largest railway network which covers over 180,000 miles (293,564 km). It also has more airports than any other country in the world - 3,513 airports (2013 estimate). The Road Map of USA comprises the Interstate Highway System as well as other roads that connect the rails, railway stations, ports, truck terminals, major airports, etc, of the country. 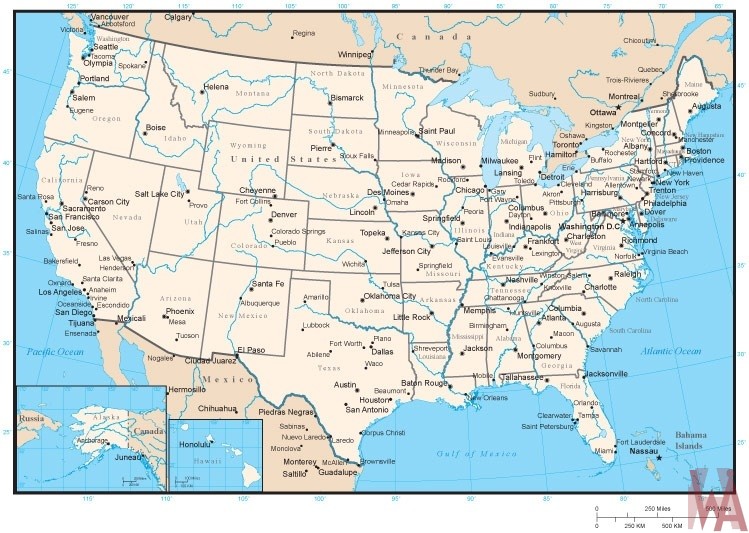 The Us Geography Map Shows That The Country has over 250,000 rivers. Those Rivers provide drinking water, irrigation water, transportation, electrical power, drainage, food, and recreation. According to US Major Rivers Map, The longest river in the USA is the Missouri River; it is a tributary of the Mississippi River and is 2,540 miles long. But the biggest in terms of water volume is the deeper Mississippi River.

Major Rivers and Lake Map of the US

Blank outline map of the USA with major rivers 5