The Map of the USA consists of 50 states and a federal district. The USA has 48 contiguous states and the federal district of Washington, D.C. is positioned in central North America between Canada and Mexico. The state of Alaska is west of Canada and east of Russia across the Bering Strait, and the state of Hawaii is in the mid-North Pacific On the Large Map of the USA. USA country also has five populated and nine unpopulated territories in the Pacific and the Caribbean.

The United States covers an area of 9,833,516 km², making it the third-largest country in the world. The most populous country in America is home to more than 330 million people (in 2020). The capital city is Washington, D.C.; its largest city is New York. Spoken languages are English 80%, and Spanish 13%.

Large State Color Map of US

State Map of the USA

The 50 States of the USA

This State Map of the USA highlights state boundaries and important cities. This State color map of the USA also points out the most popular attractions. It is a great guide for spotting the natural wonders in the US, ranging from Niagara Falls to the Redwood National Forest, and Yosemite National Park to Yellowstone National Park.

✅Color Map of the United States

Color Map of the USA 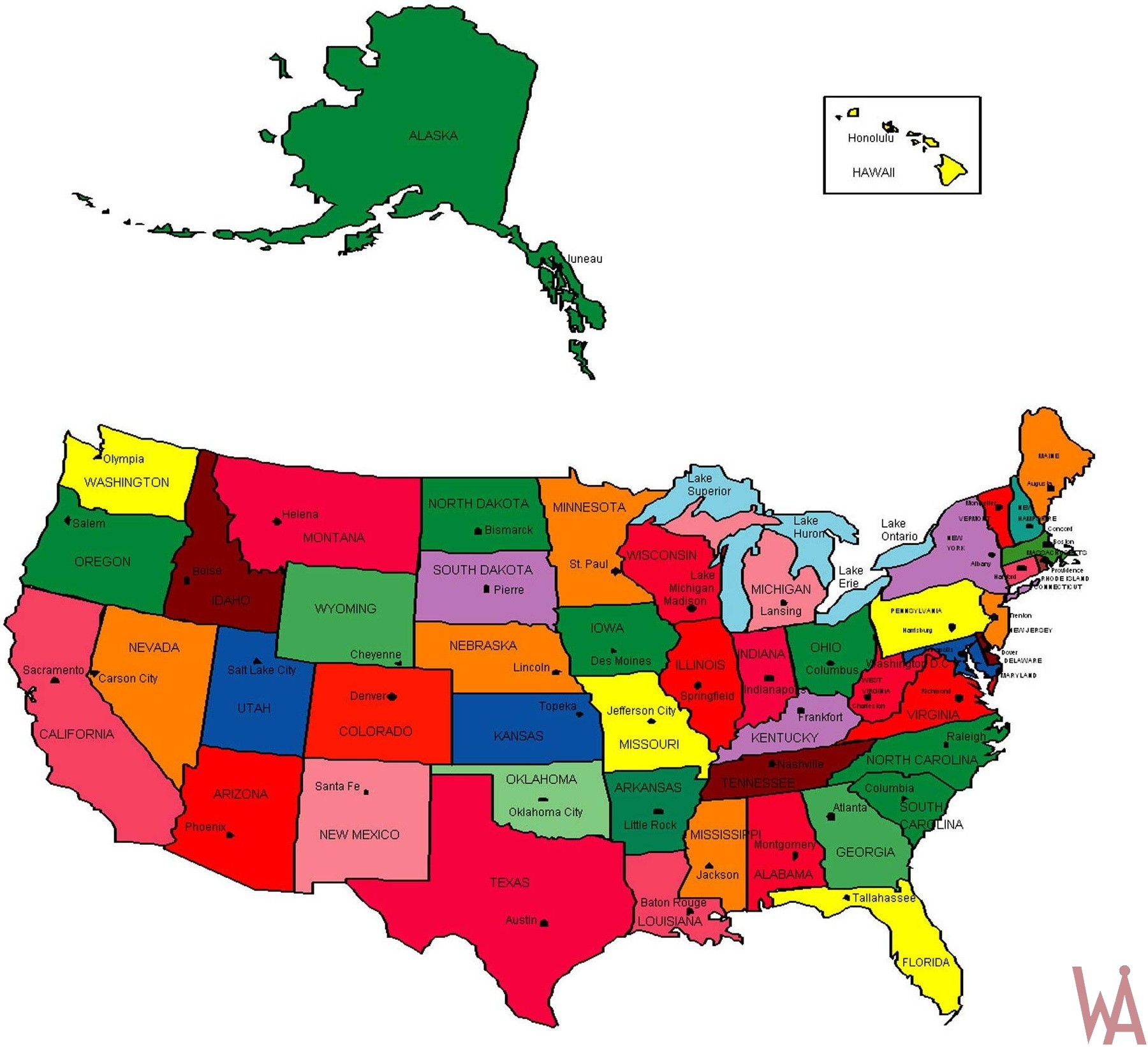 This State Wise Large Color Map of the USA showing the two-letter abbreviation for each state with the state name next to it. Knowing the abbreviations of each is vital for sending and receiving mail and packages from anywhere in the US, or even in the world.

HD State Map of the US | Wallpaper, Large Map