What is the State migratory marine mammal of South Carolina? 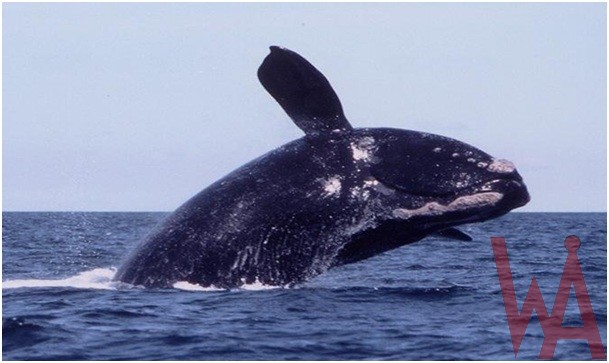 The Northern Right Whale is the State migratory marine mammal of South Carolina. It is also known as The Whale; the black whale; the right whale; the great whale; the Greenland whale; the true whale. The Northern Right Whale was titled as South Carolina’s official state migratory marine mammal On June 3, 2009. Eubalaena glacialis is the scientific name of The Right Whale, which are found from Nova Scotia to the southeastern United States and migrate along the length of the east coast of the United States.

State migratory marine mammal of South Carolina The right whale got its name for the reason that it was the “right” whale to hunt. They use underwater sounds to converse with other whales during the feeding time, roaming and when searching for a mating partner. Throughout reproduction it is typical to find numerous males baying to one or two females in an effort to be the selected mating partner. The females give birth every 3 to 6 years after the gestation period of12-14 months; the Calves are 12 – 15 ft long and 1 – 1.5 ton of weight at the time of born. They drink milk of their mother for 8 to 17 months. A healthy Right Whale may live for up to 70 years.

South Carolina’s State migratory marine mammal of South Carolina, The Right Whale is considered to be one of the largest living mammals alive. They reach maturity between the ages of 10 – 15 and a completely matured the Right Whale can grow up to 59 ft. They weigh as much as 70 tons. They have a fairly thick and round shaped body. The right whales’ gigantic heads and jaws contain hundreds of baleen “teeth.” They use a comb-like strainer of baleen plates and bristles to entangle tiny scraps of food as and when they swim.