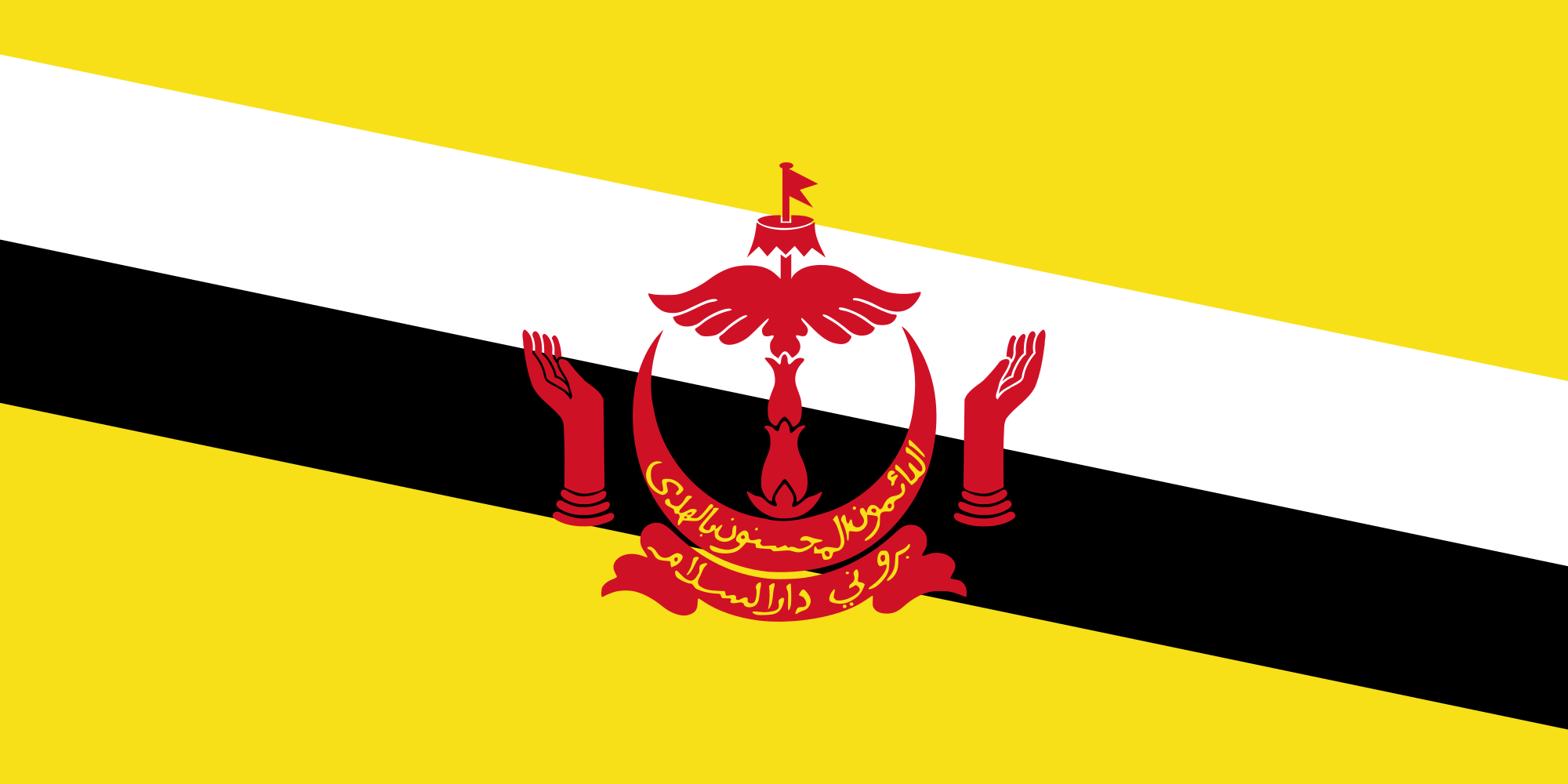 The Flag Of Brunei Was Officially Adopted On 29 September 1959. The National Flag Of Brunei is consists of a yellow leaf, black and white diagonal stripes and a national emblem in the center of the flag. The Flag Was Designed By Yura Halim. The Brunei National Flag was adopted when the country was a British protectorate. the flag was fully retained when the country gained full independence on 1 January 1984 as Brunei Darussalam. However, it has not obtained the status of the national flag until 1984, when Brunei gained independence from Britain. The oldest known Flag Of Brunei was a solid yellow field without any sort of emblem on it.

COLORS AND SYMBOLISM OF THE BRUNEI FLAG

The Flag Of Brunei features the nation’s crest and a pair of black and white diagonal stripes on a yellow field. The yellow field represents the sultan of Brunei. The red crest consists of a crescent facing upwards, joined with a parasol, with hands-on the sides. Black and white stripes run across the flag. In Southeast Asia, yellow traditionally consider the color of royalty. The crescent on the National Flag Of Brunei symbolizes Islam, the parasol symbolizes monarchy, and the hands at the side symbolize the benevolence of the government.

The black and white stripes represent Brunei’s chief ministers who were once joint-regents and then – after the sultan came of age – senior advisors: the Pengiran Bendahara (First Minister, symbolized by a slightly thicker white stripe) and the Pengiran Pemancha (Second Minister, governing foreign affairs, symbolized by black), with the white stripe being roughly 12% wider than the black one. On the crescent of the Brunei National Flag, there is the national motto of Brunei in Arabic: “Always render service with God’s guidance” (الدائمون المحسنون بالهدى). Below this, there is a banner inscribed with Brunei Darussalam, which means ‘Brunei, the Abode of Peace’.

What Are The Colours of The Flag?
Ans: Yellow, Black, White, And Red.

Who Is The Designer of The Flag?
Ans: Yura Halim.