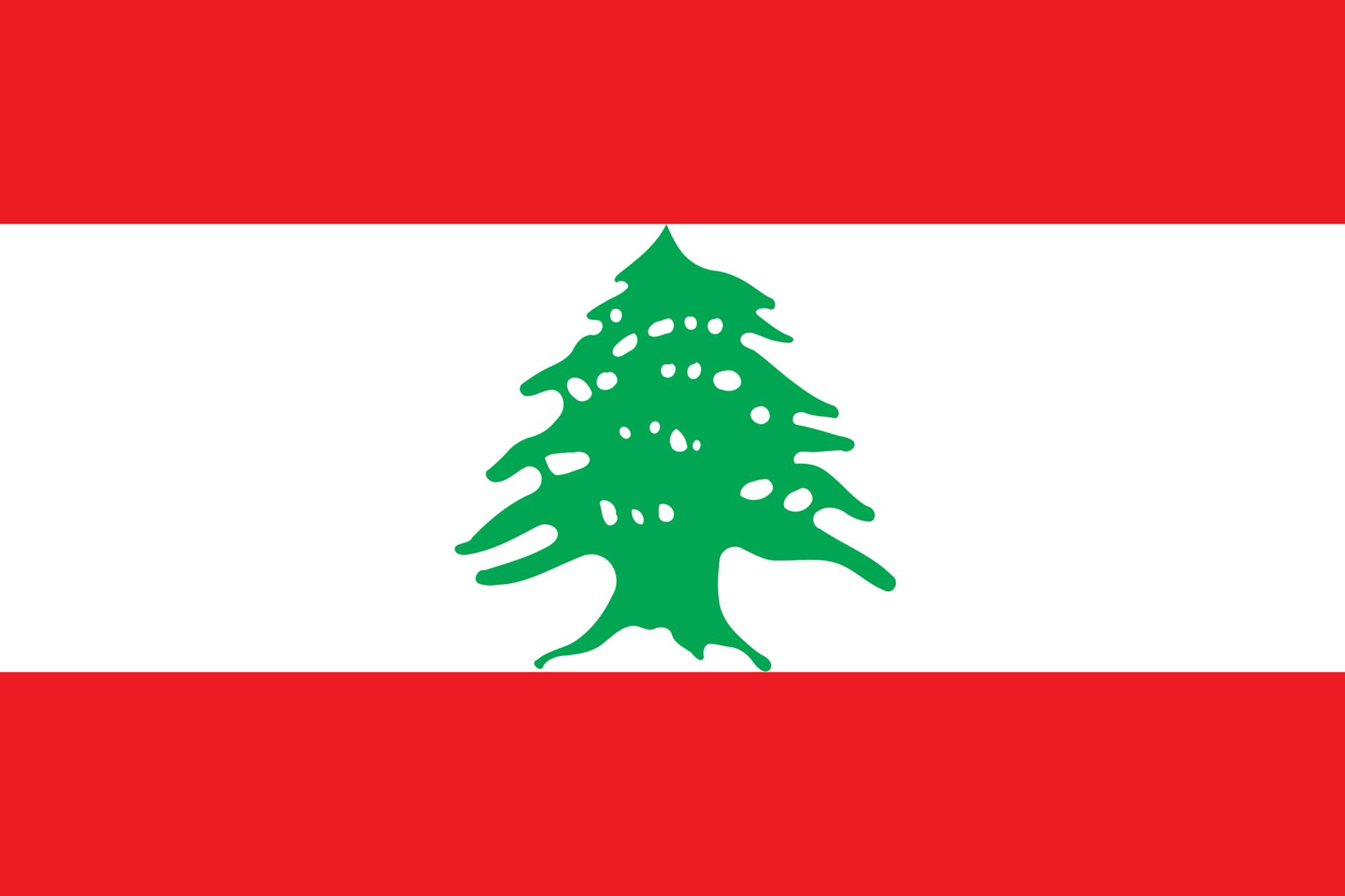 The Current National Flag Of Lebanon has a relatively short history, as it was officially adopted On December 7, 1943. The flag has three horizontal bands consisting of red (top), white (middle, double-width), and red (bottom). The white stripe of the Flag Of Lebanon features the Lebanon cedar, or green cedar, in the center. The Lebanon cedar touches the inner edges of both the upper and the lower red stripes. The flag was designed by Henri Philippe Pharaoun.

Meaning Of The Flag

Lebanon National Flag features a horizontal triband design of two colors. These colors are meant to represent purity, peace, and bloodshed of the nation. The two red stripes of the Flag Of Lebanon refer to the Lebanese bloodshed to preserve the country against the successive invaders. The white color symbolizes peace and purity, as well as snow.

The Lebanon cedar featured in the center of the National Flag Of Lebanon has significant meaning, as it is referenced in various biblical passages, and is believed to epitomize peace, eternity, and holiness. The cedar grows in Lebanon’s mountains and is a central feature on the flag.

History Of The Flag

The history of Lebanese flags dates back to approximately 3000 BC. This Flag Of Lebanon was significantly different from the one used today, featuring two vertical bands of blue and red. The first flag that was closest to the modern national flag was used by the State of Greater Lebanon at the time of the French mandate in the 1920s.

This Lebanon National Flag featured the Lebanon cedar in the center. However, this flag had the vertical triband design of the French national flag. The current National Flag Of Lebanon was first adopted on December 7, 1943, when the country gained independence from France.

What Are The Colours of The Flag?
Ans: Green, Red, White

What Do The Colours of The Flag Means?
Ans: These colors are meant to represent purity, peace, and bloodshed of the nation.

Who Is The Designer of The Flag?
Ans: Henri Philippe Pharaoun