The Colored Map of the United States is made up of a total of 50 states and the District of Columbia. Of 50 States, 48 are contiguous states. Alaska is located in the far northwestern part of North America and Hawaii is located in the mid-Pacific. Each state features a state-level government. The United States also has five major territories and various islands. The first States of the USA are Delaware, New Jersey, and Pennsylvania in 1787.

Georgia, Connecticut, Massachusetts, Maryland, South Carolina, New Hampshire, Virginia, and New York were ratified in 1788, followed by North Carolina in 1789 and Rhode Island in 1790. Alaska and Hawaii are the only states that are not part of the Map Of American States and these 2 states are the last to be admitted in 1959.

At the time of the independence of the USA in 1776, There were Thirteen British Colonies. After the establishment of the United States, the number of states has expanded from the original 13 to 50, the current amount since 1959. The last two states to join the unions were Alaska and Hawaii. The USA purchased Alaska from Russia for $7.2 million. Hawaii agreed to join the United States as the 50th state in 1959.

✅Color Map of the United States

As of 2018, there are 19,495 incorporated cities, towns, and villages in the United States. America is named after Amerigo Vespucci, the Italian explorer who set forth the then revolutionary concept that the lands that Christopher Columbus sailed to in 1492 were part of a separate continent.

Explorer Christopher Columbus (1451–1506) is known for his 1492 ‘discovery’ of the New World of the Americas on board his ship Santa Maria. The principal Founding Fathers included; Thomas Jefferson, Alexander Hamilton, and George Washington.

Colorful States Map of The USA 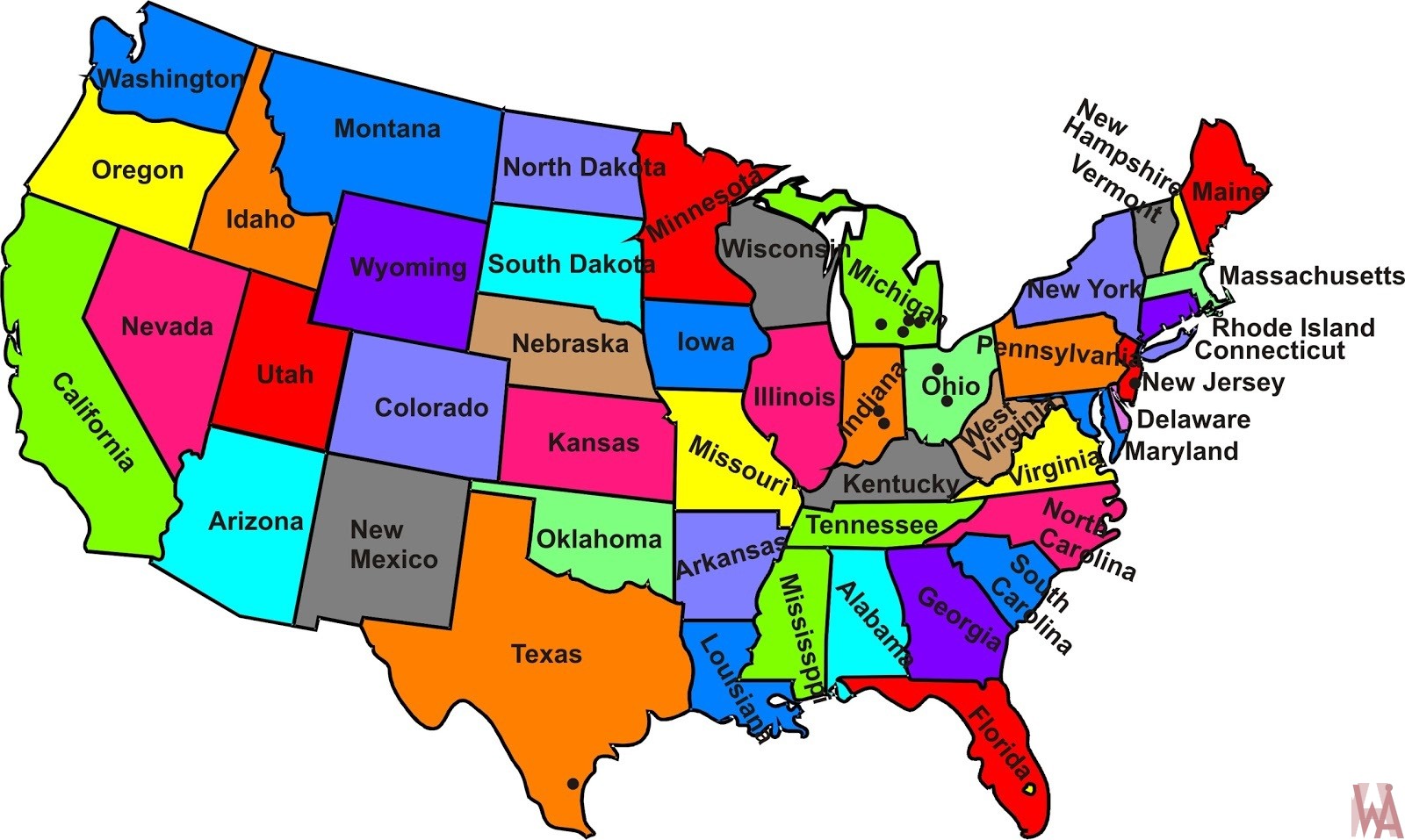 Alaska is the largest state in the United States covers an area of 663,300 square miles. On the opposite end, Rhode Island is the smallest state with an area of 1,212 square miles. California is the most populous state with over 39 million residents and Wyoming is the least populated with only 577,000 residents.

The Map of Alaska Natives in the United States

State Capital And Cities Map of the USA