Political Map of the USA With Capital

The United States of America is the third-largest country in the world by area and It has a population of 330.2 million people (in 2020). Political Map of the USA With Capital Consist of 50 states. Each state also shares its sovereignty with the federal government of the United States.  The capital of the USA is Washington D.C. And the largest city is New York. Spoken languages are English and Spanish.

More than twice the size of the European Union, the United States has high mountains in the West and a vast central plain. The lowest point in the country is in Death Valley which is at -282 feet (-86 meters) and the highest peak is Denali (Mt. McKinley) at 20,320 feet (6,198 meters).

50 States of the USA 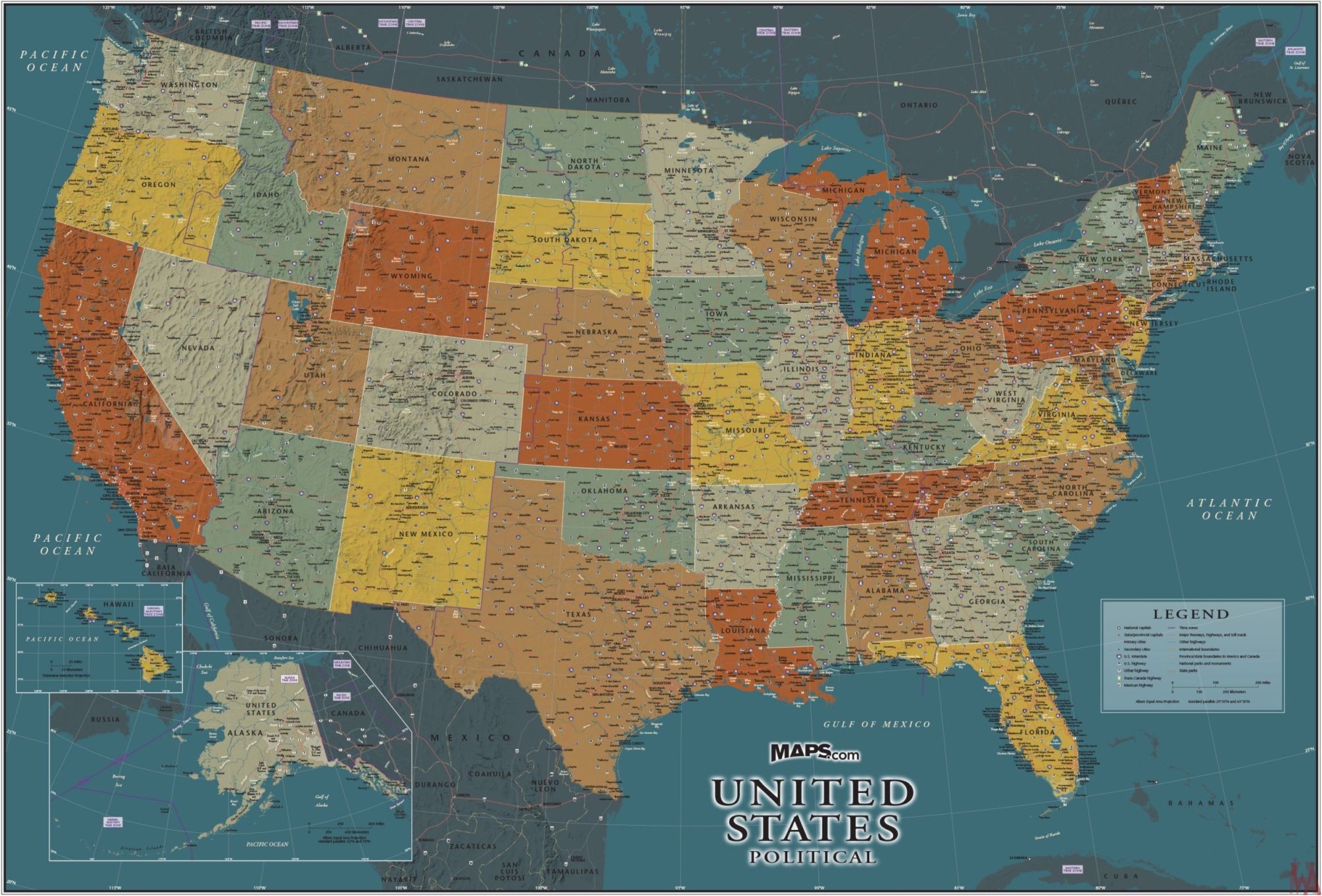 This very clean and clear Political Map of USA With Capital shows each State in a different colour as well as principal cities and towns. It also shows the main road network with Interstate highways highlighted, railways, main airports, State capitals, State and international boundaries are all marked.

States Capital And Major Cities Map of the US