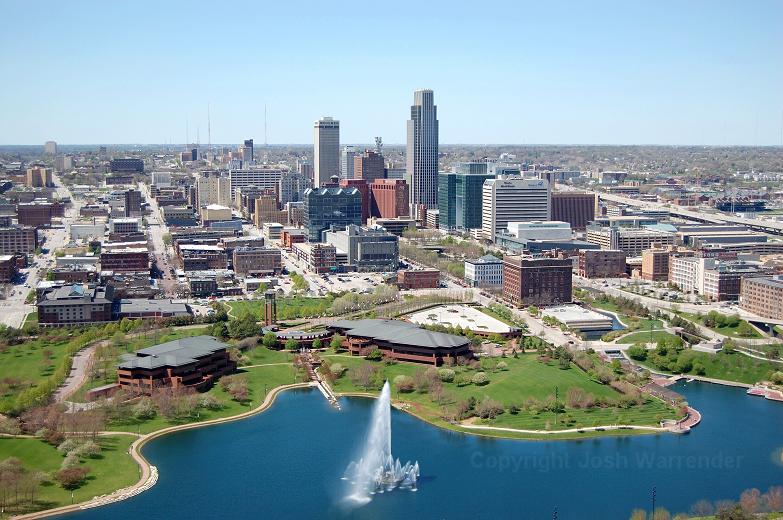 Located in the Midwestern part of the United States and also in the Great Plains region, Nebraska is the 16th largest state in terms of physical size but ranks 37th in terms of its population, making it one of the top 10 most sparsely populated states. Nebraska’s largest city, Omaha, comes in at No. 42 on a nationwide list. Only the 10 biggest cities in Nebraska have populations of more than 20,000 people. However, all the cities and towns on the list are proud of their history and heritage.

With a population of 408,958 individuals, Omaha, the county seat of Douglas County, is the most populated city in Nebraska. It is located on the Missouri River. The Omaha Metropolitan Area is the country’s 59th largest metropolitan area. Omaha was founded in 1854. Today, the city houses the headquarters of four Fortune 500 and five Fortune 1000 companies. The offices of other major firms like the Gallup Organization, DLR Group, HDR, Inc., etc., are also present in this city. Omaha also receives a large number of tourists. The Henry Doorly Zoo of the city was ranked as the world’s best zoo by Trip Advisor in 2014.

Lincoln, originally Lancaster or Capital City before being renamed after the assassinated president three years after his death, is the state capital and second-largest city. Home of the University of Nebraska, it is also home of the honorary third-largest city in the state – the 92,000 strong crowds at Memorial Stadium during Nebraska Cornhusker football games, according to Sports Illustrated.

Bellevue is the third-largest city in the state of Nebraska. This city is located in Sarpy County in the eastern part of the state and is technically a suburb of Omaha, which is the largest city in Nebraska. Bellevue covers an area over 16 square miles in size and is home to an estimated population of 53,000 people.

Grand Island is home to the Nebraska State Fair. The agriculture industry of the surrounding farmland sheltered the area from the 2008 recession, according to a profile of the area in Time magazine in 2011. Grand Island is a city in and the county seat of Hall County, Nebraska, United States. The population was 48,520 at the 2010 census.

Kearney is the fifth biggest city in Nebraska. This city is located in Buffalo County, of which it is the county seat, in the south-central part of the state. Kearney covers an area of around 14 square miles of land and is home to around 33,000 people.