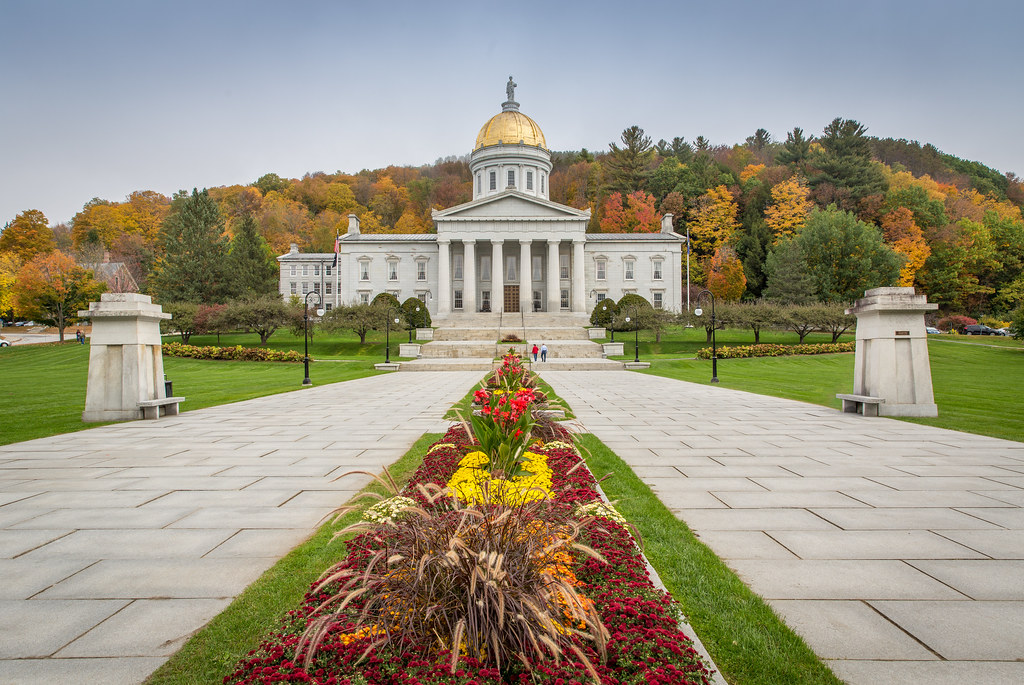 Montpelier Is The Official State Capital Of Vermont. The name Montpelier originated from the French city Montpellier given by Colonel Jacob Davis when he arrived in the area from Charlton, Massachusetts. Vermont State Capital Montpelier has a population of 7,855 people, although during the day the population increases to 21,000 brought about by employment within the city. It is also home to the famous gold leaf dome which is the Vermont statehouse also known as Capitol. The Winooski River is the major water mass flowing on the western side of the city.

State Capital Of Vermont Montpelier is graced by Vermont College of Fine Arts and New England Culinary Institute as their major institutions of higher education. Settlement began as early as 1787, and within four years the population had increased to 117 people. In the early 1800’s it was incorporated as a village and in 1895 it was declared a city. The central Vermont railway was opened in 1849 which resulted in Montpelier becoming a manufacturing hub. The falls from the Winooski River was used to provide power for the mills, and finally, the iron foundry was introduced.

In 1884 the town had its first municipal water pumped and electricity generated to supply their streetlights. The main contributors to the city’s economy include the government, insurance, tourism, and higher education sectors. Since 1805, the primary contributors to the Vermont State Capital Montpelier GDP have been generated from the government. however, in the 19th century, life and fire insurance were introduced In the State Capital Of Vermont. The Montpelier city is also known for its worldwide production of the granite memorial and is home to Ben and Jerry’s ice cream.