What is the state animal of Vermont? 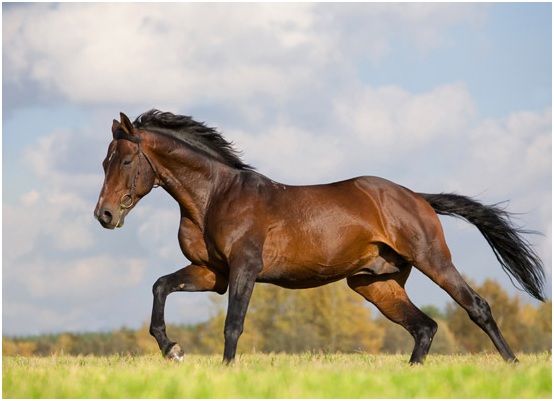 The State Legislature of Vermont passage the House bill no. 106, which was duly signed by the Governor F. Ray Keyser Jr. and therefore the Morgan horse became the official state animal of Vermont that was an effect from March 23, 1961. It is also the official state horse of Massachusetts.

Vermont state animal, Morgan horse is one of the fastest animals in the world. The Morgan horse is a type of horse which is renowned for speed and fortitude. The horse is characteristically stood between 14.1-15.2 hands in height (The height of a horse is measured in hands, 1 hand being the same as 10cm or 4 inches). Most of them weigh around 1,000 pounds. The founding stallion of the breed was a horse named Figure, owned by a schoolteacher who lived in Vermont in the late 1700s, named Justin Morgan.

It is still unknown with certainty about the pedigree of Figure, but it’s considered that he was the offspring of Arabian and Thoroughbred horses and perhaps Welsh Cob or Friesian bloodlines.
Vermont state animal, Morgan horses do extremely well in almost all disciplines. They are used for combined driving, competitive trail, and endurance riding, eventing, working western events, Dressage, disciplines of all show ring, and as an excellent friend and companion whether in the backyard or on the trail. It is also one of the premier carriage horses in the world.

Vermont’s state animal horse have different names for both male and female such as the adult female is called a mare, and a young female is called a filly while adult male is a stallion, and a young male is a colt. Whereas the horse babies of either sex are called a foal. According to the Oklahoma State University, it is believed that horses were first domesticated in Asia between 3000 and 4000 B.C. Back then, horses were used mostly for milk and meat. Eventually, horses joined oxen as a form of animal transportation.