What is the State Bat of Virginia? 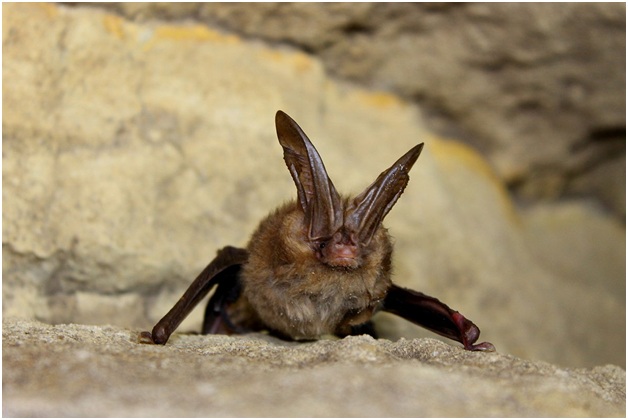 Virginia’s state bat, the Virginia big-eared bat is one of two endangered subspecies of Townsend’s big-eared bat. It is found in West Virginia, North Carolina, and Kentucky. These bats are listed as federally endangered, mainly due to their small population and limited habitat and distribution.
This big eared bat is of medium size with huge ears joined across the forehead.

They have extended nostril openings, soft long fur, with the dorsal hairs dark, brown at the tip. Females assemble from diverse hibernacula during April and May to form maternity colonies in warm caves. Virginia’s state bat symbol helps to educate Virginians about caves and the creatures that inhabit them.