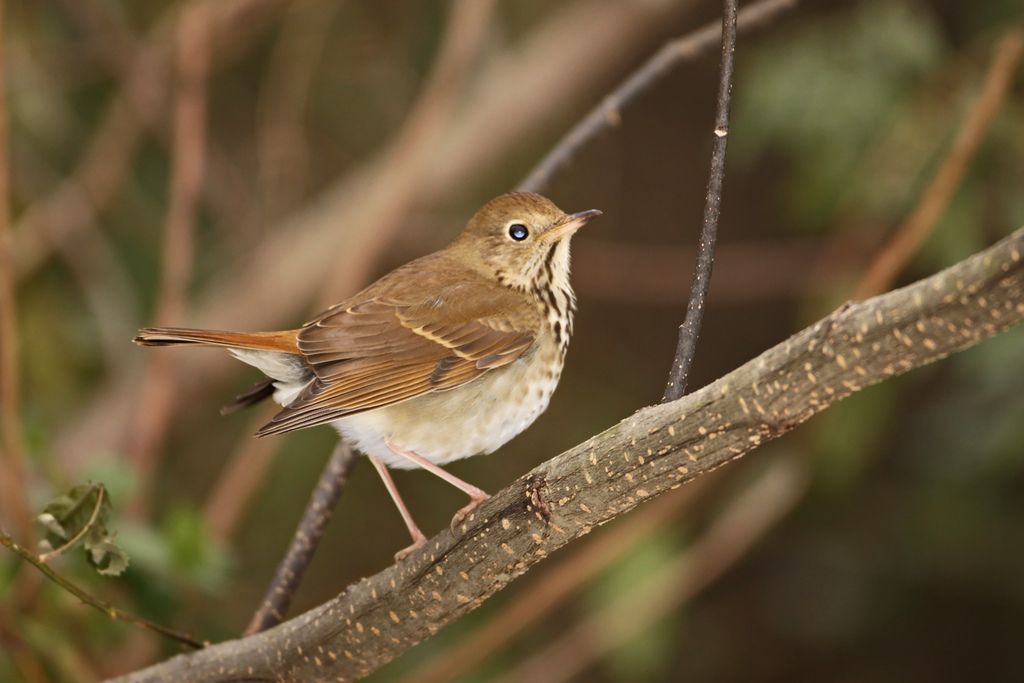 The Hermit Thrush (Catharus guttatus) Is The Official State Bird Of Vermont. Vermont’s No. 1 of the Acts of 1941 established the Hermit Thrush as the Vermont State Bird, effective June 1, 1941. A small thrush with coloration that ranges from olive-brown to rusty-brown above, with a spotted white breast and a distinctive white eye-ring. Although it does not live in the state year-round, it was chosen the State Bird Of Vermont in 1941 for its musical song, which is a harbinger of spring.

The thrush eats beetles, ants, caterpillars, grasshoppers, crickets, spiders, earthworms, snails, small salamanders, and fruit (raspberries, pokeberries, grapes, elderberries). Its calls include a flute-like song often sung from a high open location, variable high-pitched whistles, and short chirps. The Vermont State Bird hermit thrush nests on or near the ground in a cup of leaves, twigs, and moss. Pairs sometimes raise two broods per year. The male feeds the female while she incubates the eggs, and he guards the nest by singing on a perch a short distance away. Often forages on the ground and on low branches of shrubs and trees in woodland areas, searching for insects and berries.

Vermont State Bird Hermit Thrushes can have a nervous look as they flick their wings and slowly pump their tail upon alighting. They have a swift direct flight and can hover for brief periods to catch insects on tree leaves or to pluck berries from vines. During the mating season, the male will establish a territory and perform a courtship ritual when a female arrives. Breeds in mixed deciduous and coniferous forests, favoring forest edges near ponds, meadows, or small man-made clearings. Winters at lower altitudes in moist and dense forests, open woodlands, river valleys, coastal areas and, in the northern part of its range, in ravines.