The State of Alabama is located in the South-Eastern region of the United States. Alabama is bordered by the state of Georgia in the east; by Mississippi in the west; by Tennessee in the north; and by Florida and the Gulf of Mexico in the south. Alabama has high mountainous ridges and deep valleys, foothills of the Appalachians, Black Belt prairie, flat coastal plains, river deltas, lakes, springs, huge cave systems, swamps, Gulf and bay coastlines, and barrier islands.

Alabama is comprised of coastal plains at the Gulf of Mexico turning to hills and broken terrain in the north. Five major land areas make up the Alabama landscape with more than two-thirds of the state covered by the East Gulf Coastal Plain.

The East Gulf Coastal Plain covers the southern two-thirds of the state, except for the Black Belt Prairie. But more on that later. On the western side of the state, the East Gulf Coastal Plain runs north almost to the Tennessee border. Piedmont is located in the eastern central section of Alabama and consists of low hills, ridges, and sandy valleys. Coal, iron ore, limestone, and marble are found in this area of Alabama along with Cheaha Mountain, Alabama’s highest point. 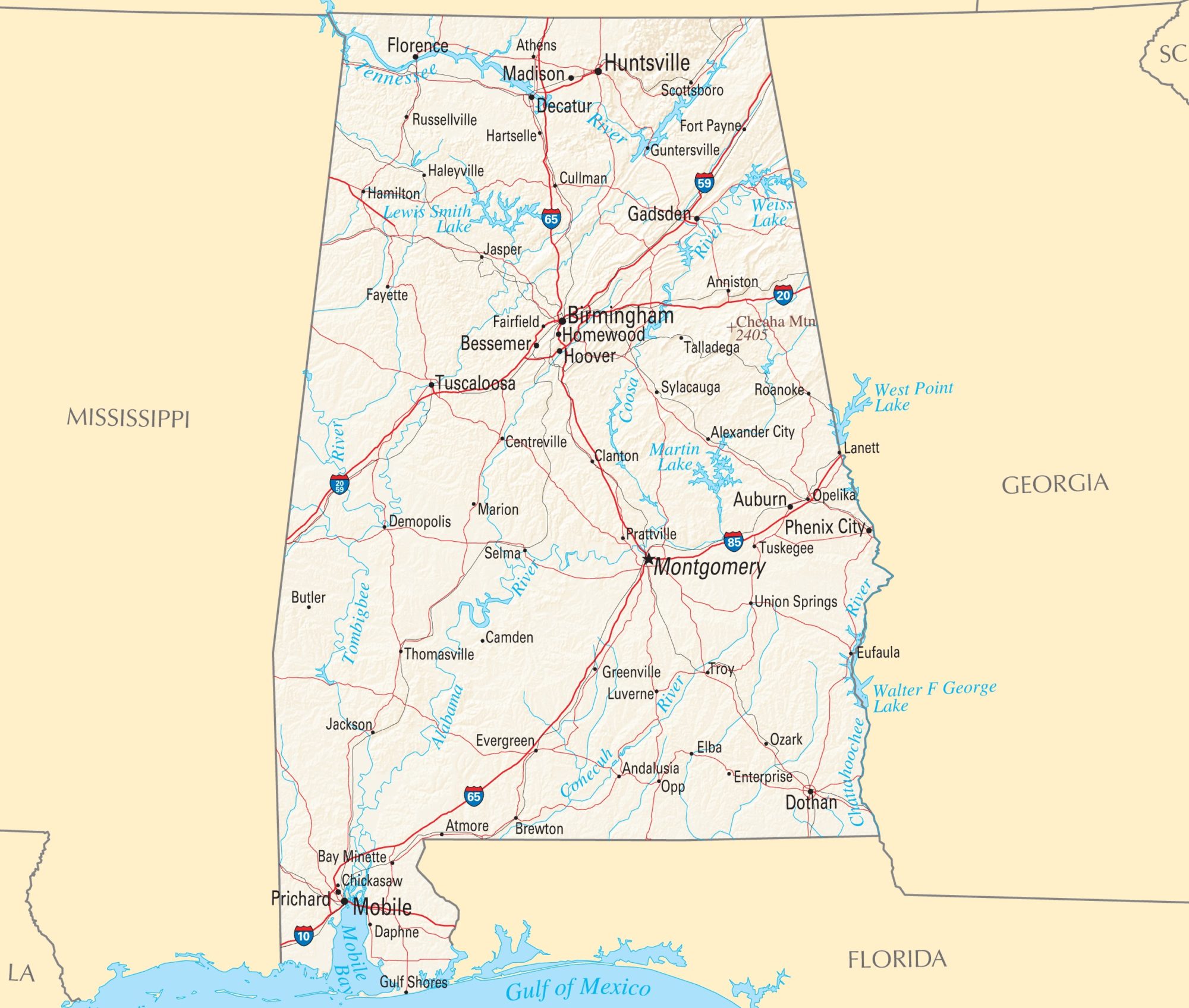 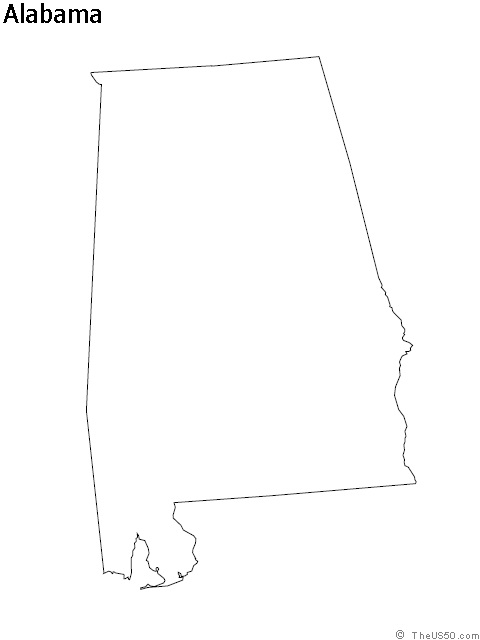