The Political Map of Florida covers an area of 65,755 square miles which makes it the 22nd largest state in the country. The state capital of Florida is Tallahassee and the most populous city is Jacksonville. Florida is the second most populous Southern state after Texas. It is the most southeastern state of the USA and is known as the “Sunshine State”. Large Print Florida Map.

The state has 663 Miles of Beaches. The climate varies from subtropical in the north to tropical in the south. Florida’s marine shoreline totals more than 8,400 miles (13,500 km), including some 5,100 miles (8,200 km) along the gulf. The territory of La Florida was ceded to the United States by Spain in 1819; it was then known as Florida Territory. Admission to the Union on 3rd March 1845, as the 27th state.

The Geography Map of Florida features a diverse collection of islands, marshes, springs, swamps, and hundreds of small lakes, rivers, and ponds. It is the home to Walt Disney World, Cape Canaveral and the Kennedy Space Center, the Everglades, the Universal Orlando Resort, Miami Beach, the Ten Thousand Islands, Key West, and the Florida Keys. The highest natural point in the state is Britton Hill at an elevation of 105 m (345 ft). The largest freshwater lake in the state of Florida is Lake Okeechobee with a surface area of 1,900 km² (730 sq mi)).

Florida’s transportation Map is good with covering the entire state except for certain isolated areas in the Everglades. Geographic location has been the key factor in Florida for long and colorful economic development.

Major tourist attractions are Miami Beach, Palm Beach, St. Augustine (founded in 1565, thus the oldest permanent city in the U.S.), Daytona Beach, and Fort Lauderdale on the East Coast; Sarasota, Tampa, and St. Petersburg on the West Coast; and Key West off the southern tip of Florida.

✅Map of Florida With Cities Labeled

The territory of La Florida was ceded to the United States by Spain in 1819; it was then known as Florida Territory. Admission to the Union on 3rd March 1845, as the 27th state. The largest cities on the Florida map are Jacksonville, Miami, Tampa, Orlando, and St. Petersburg.

✅Best Place to Live in Florida? 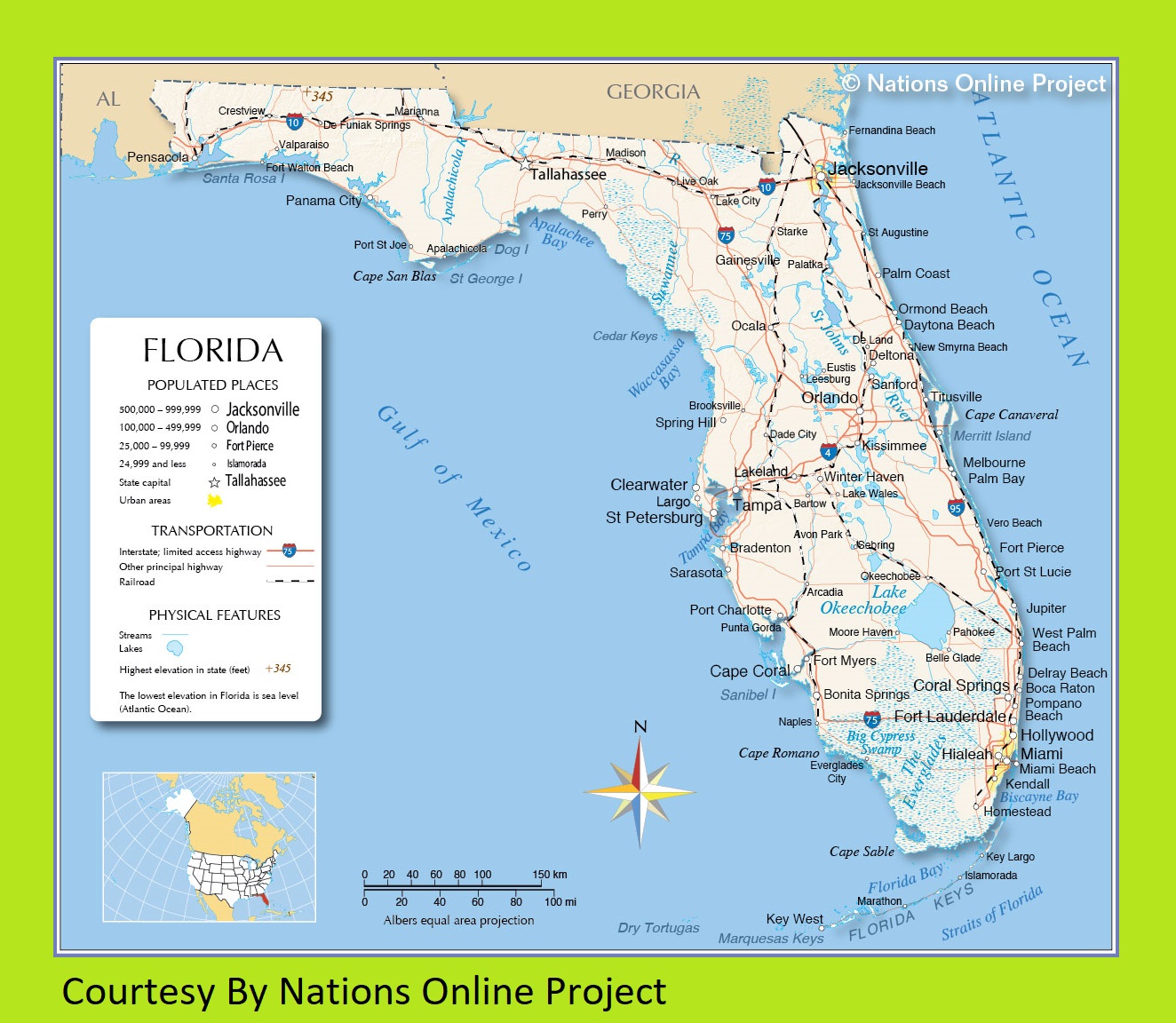 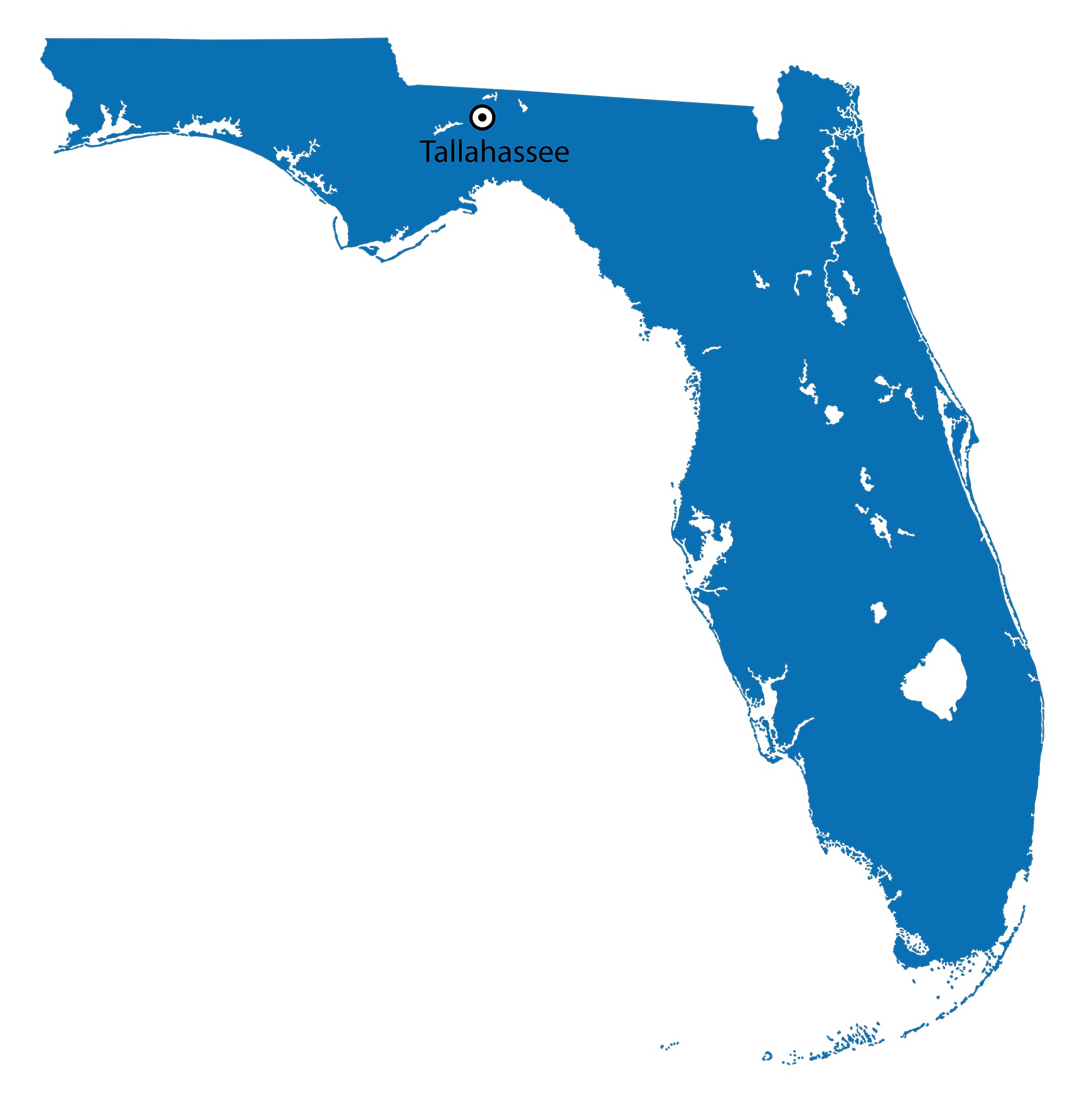