Some of the borders are created by geological features such as mountains and rivers, while others are solely politically demarcated. This Political Map of The World follows the latest globally accepted standards for national boundaries.

Important features represented by the world map are the continents of the world. Our world is divided into 7 important continents which are listed below: (Ordered from largest in size to smallest).

List of The Political Countries With Border in the World

Political Map of The World | World Political Border Map. You can also free download Map images HD Wallpapers for use desktop and laptop.

A political boundary is an imaginary line separating one political unit, such as a country or state, from another. Sometimes these align with a natural geographic feature like a river to form a border or barrier between nations. Occasionally, two countries may contest where a particular border is drawn. These disputes might arise due to a natural resource both groups want, like in the case of Sudan and South Sudan, or in an attempt to gain more political power, as in the case of Pakistan and India in the Kashmir region. 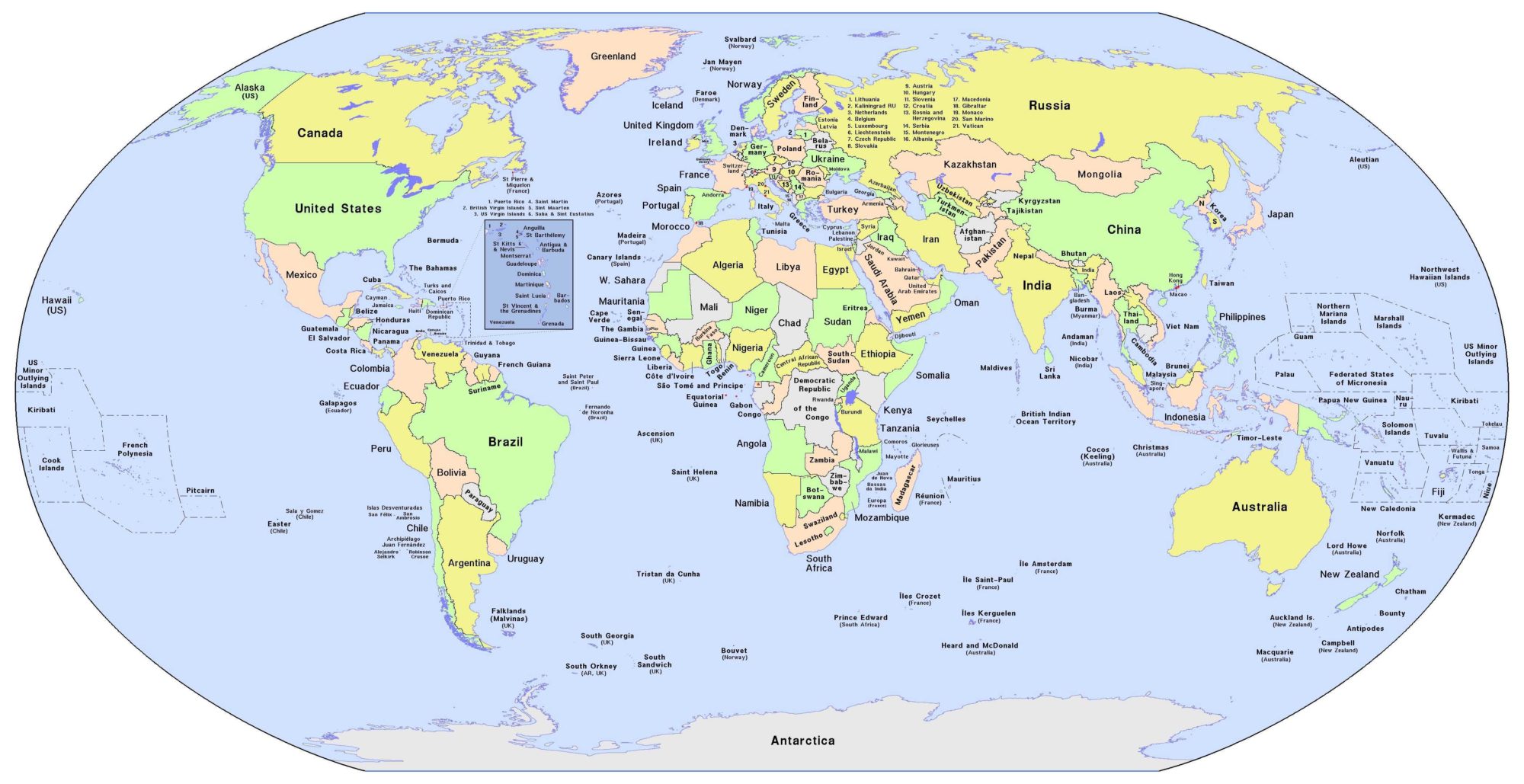 Some of the largest independent nations in the world are the Russian Federation, People's Republic of China, the United States of America, Canada, Australia, India, Brazil, Saudi Arabia, and Argentina. While the smallest nations include Vatican City, Monaco, Andorra, and Singapore. As represented on the Political World Map, some countries like Brazil, Australia, the USA, and Indonesia have long coastlines, while others are completely landlocked like Bhutan, Switzerland, Mongolia, and Lesotho.

History shows us just how easily international borders can change, but we still like to think that they are permanent fixtures. Borders will often say much about countries' relationships. On the borders between friendly nations, especially those in the European Union's Schengen zone, the separations seem almost non-existent, marked by no more than a line or a road sign. Other borders are delineated by natural markers like rivers, or by man-made markers, like guard posts and demilitarized zones. 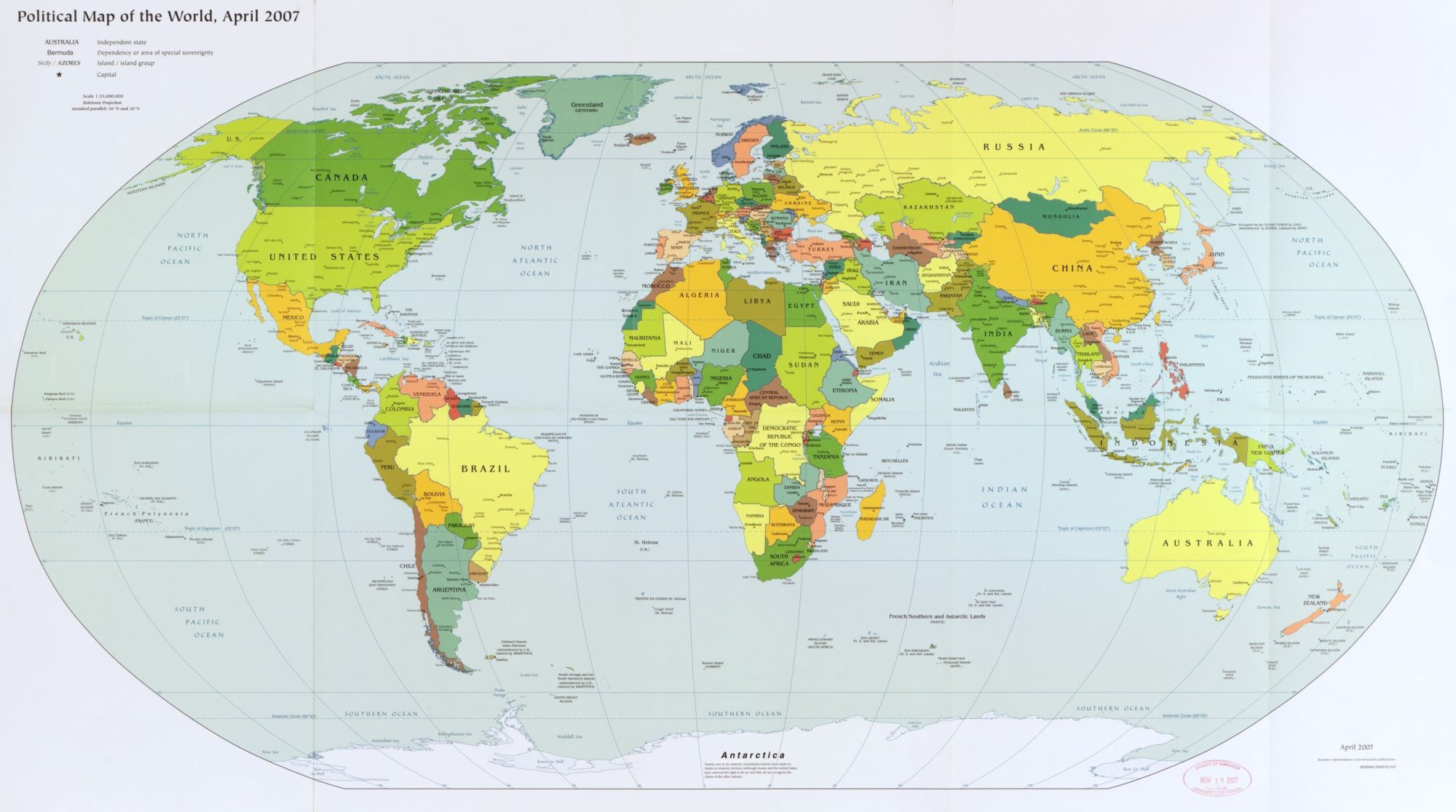 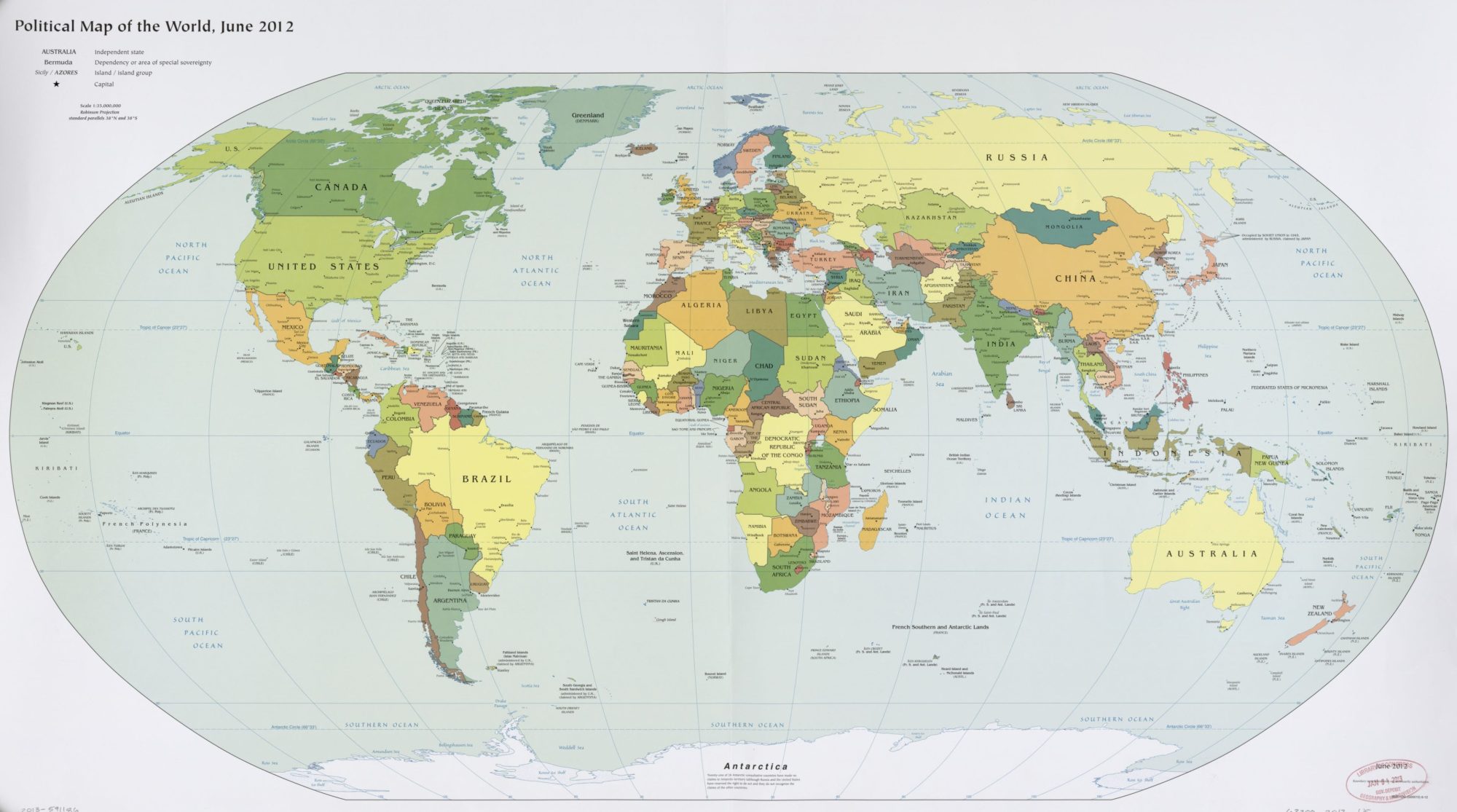