We all live in different time zones. As a result, time is always different in various places on the planet. The reason for this is that we divide the Earth into different time zones. Within each time zone, people need to set their clock for the same time. When someone is traveling by plane between two time zones, he or she will adjust his/her clock to the one used in the new zone.

There are 24 different time zones, separated by one-hour intervals with each 15 degrees longitude. Time zones are measured according to the Greenwich Mean Time used as the starting meridian, which measured in hours before and after GMT. South America Time Zone.

Brazil uses four time zones. Much of Brazil follows Brasilia’s official time which is UTC – 3. The government of Brazil has announced daylight saving time will not be observed in 2019-2020.

✅Do North America and South America Have the Same Time Zones?

South America is 1 hour ahead of North America. If you are from North America and you want to call a friend in South America, you can try calling them between 6:00 AM and 10:00 PM your time. This will be between 7AM – 11PM their time. 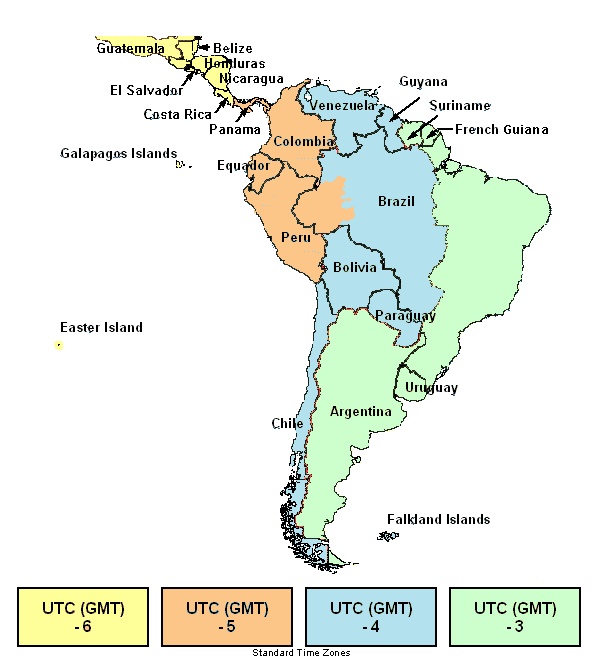 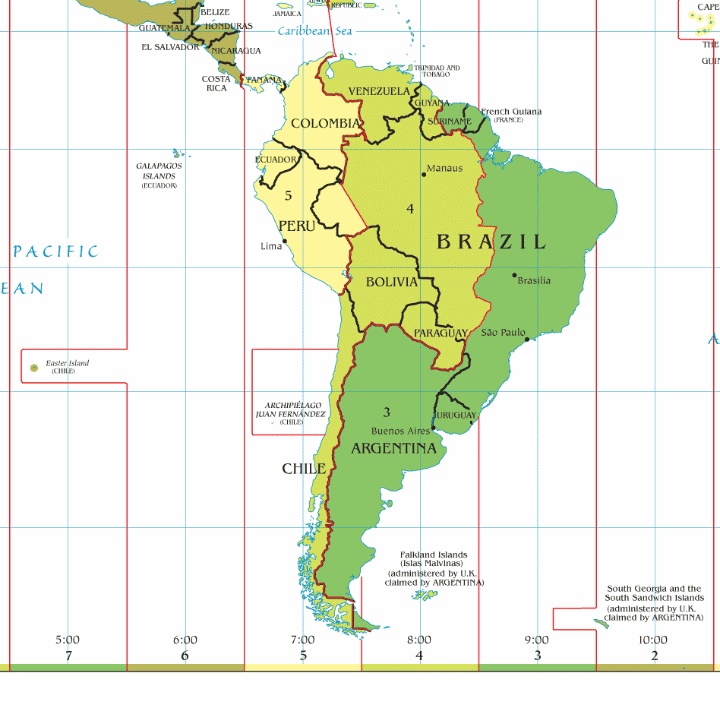 Daylight Saving Time in South America is used by several countries, including Chile, Easter Island, Falkland Islands, and Paraguay. The Falkland Islands are currently observing daylight saving time year-round. Due to their global position south of the equator, countries in South America usually start daylight saving time in October or November and end the usage in January through March. 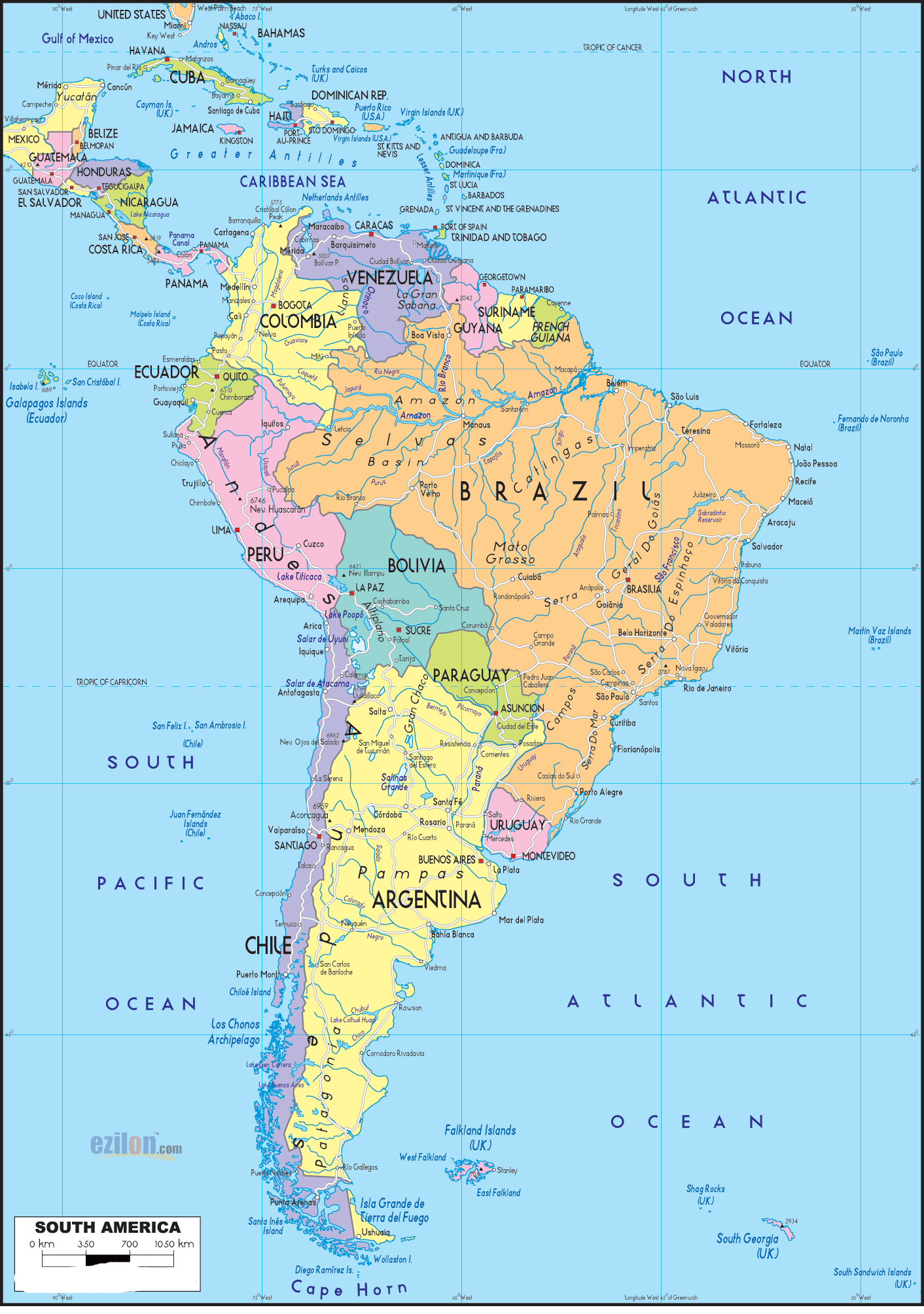 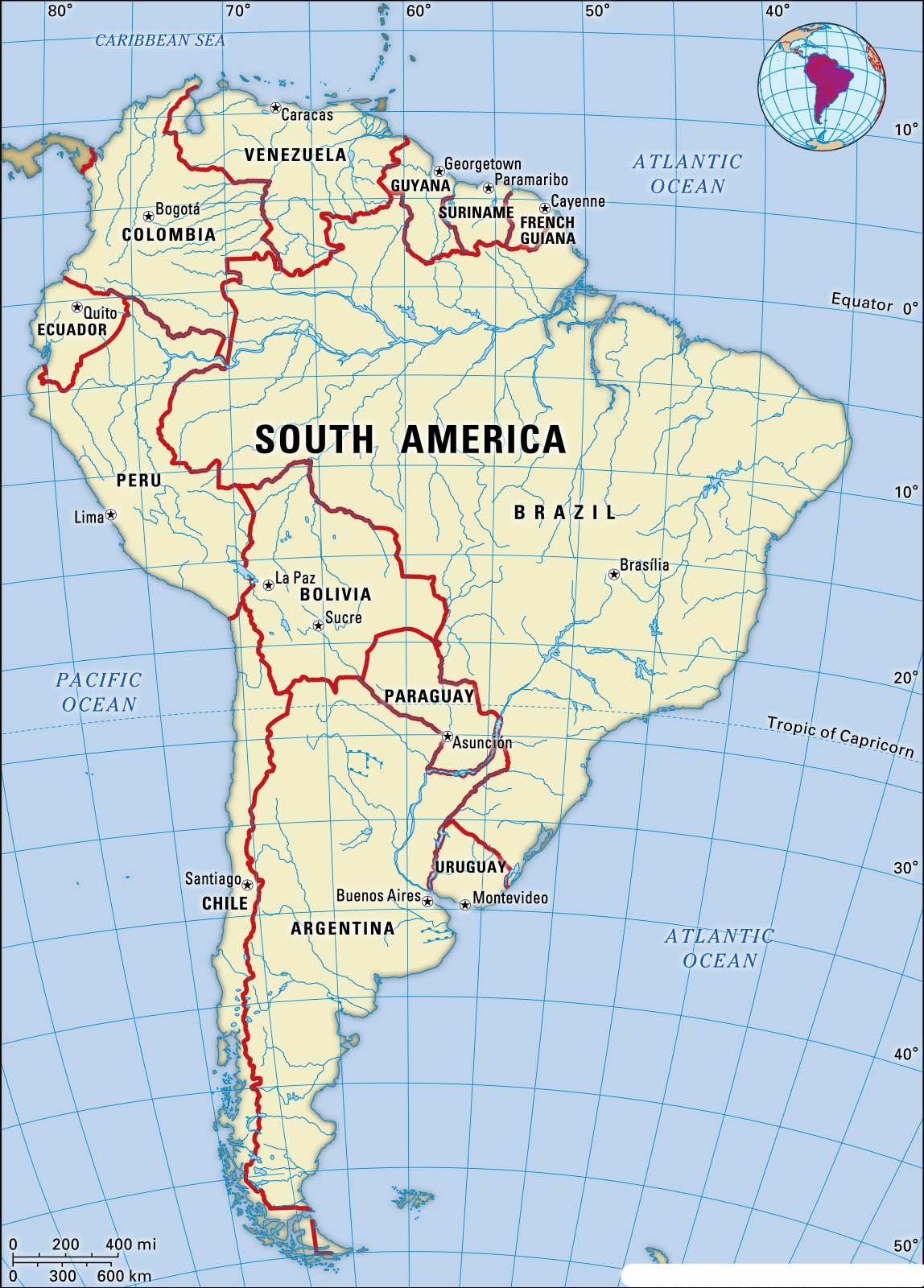