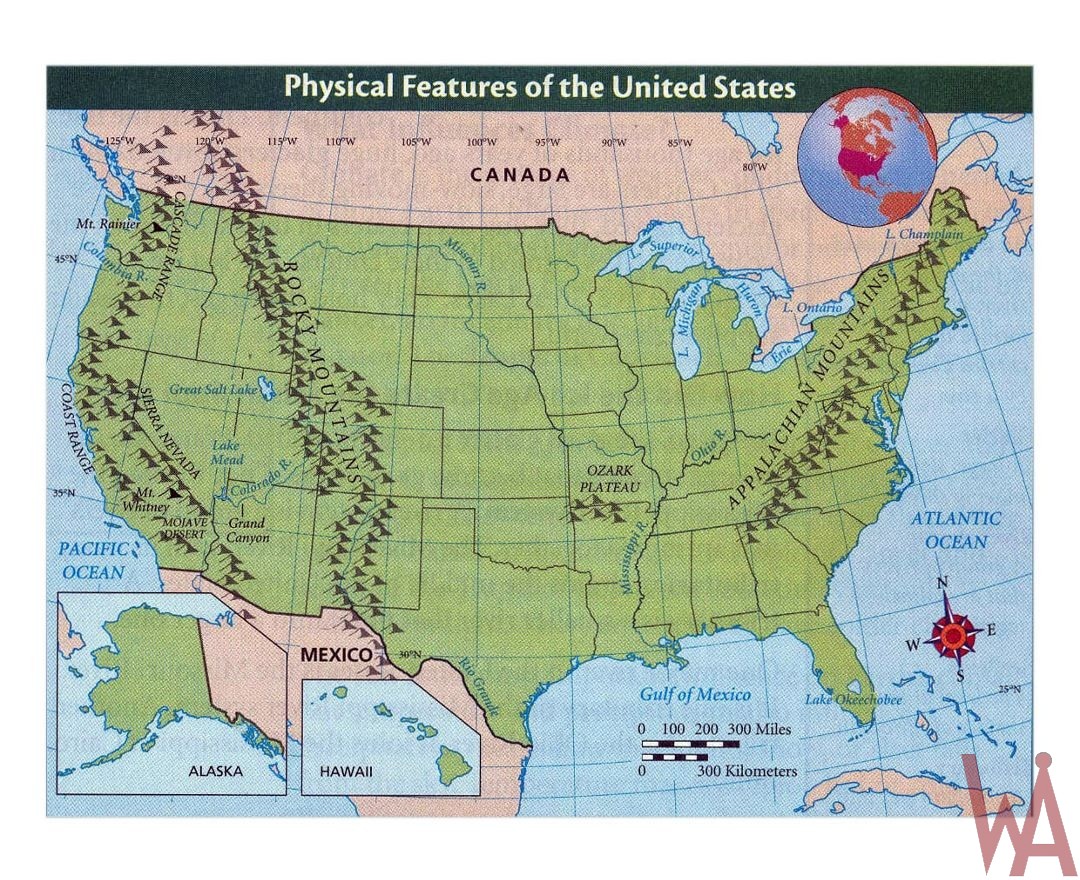 This Detailed Physical Map of the United States shows the terrain of all 50 states of the USA. Higher elevation is mention in brown identifying mountain ranges such as the Rocky Mountains, Sierra Nevada Mountains, and the Appalachian Mountains. Lower elevations are indicated throughout the southeast of the country, as well as along the Eastern Seaboard.

Major rivers in the country include the Mississippi, Missouri, Colorado, Arkansas, and the Columbia. Major Large lakes are the Great Lakes system consisting of Lake Superior, Lake Huron, Lake Michigan, Lake Erie, and Lake Ontario are in the Physical Map of the United States. 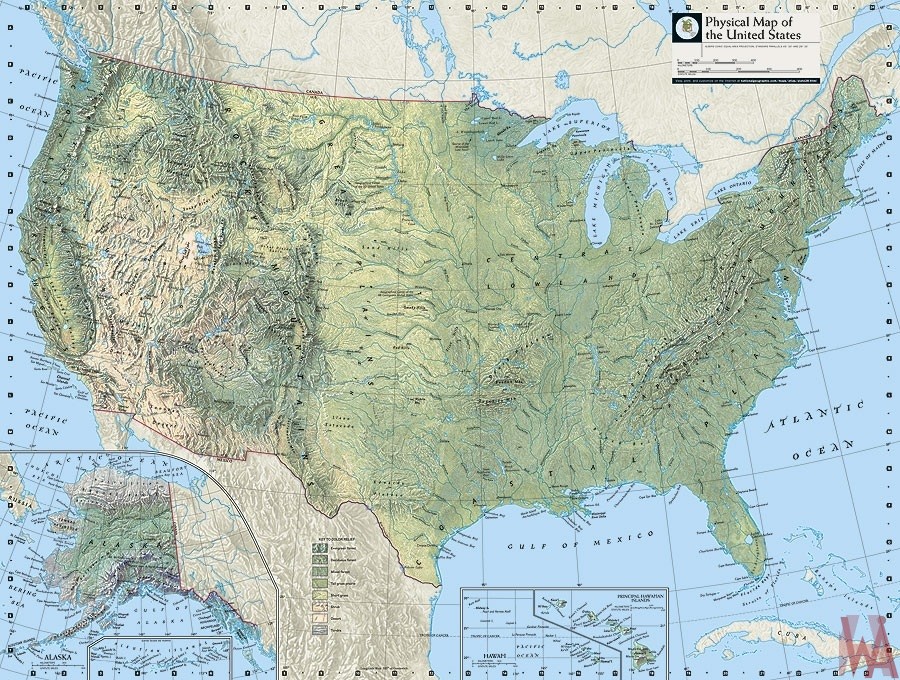 Some Major Physical Features Of USA:

1. The Rocky Mountains is one of the major physical features. It stretches some 3,000 miles from British Columbia and Alberta in Canada through Idaho, Montana, Wyoming, Colorado, and down to New Mexico in the U.S.

2. The Cascades and Coast Ranges run along the Pacific Coast, from parts of western Canada through Washington, Oregon, and California.

3. The Great Plains span the central corridor of the country, made up of flatland covered with prairies and grasslands.

4. There are two major groups of coastal plains in the south and the southeastern United States. Those coastal plains is famous as the Gulf and Atlantic Coastal Plains for their proximity to these bodies of water.

5. Mississippi River is the Part of the longest river system in the United States, the Mississippi runs from Minnesota down to New Orleans, Louisiana, where it drains into the Gulf of Mexico and the Mississippi drains part of 31 different states. 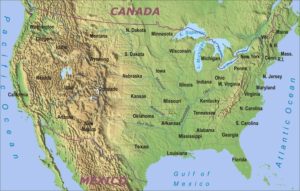 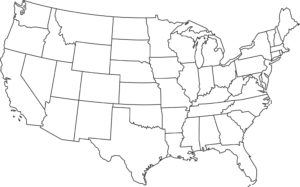 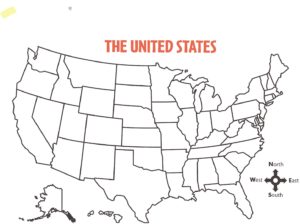 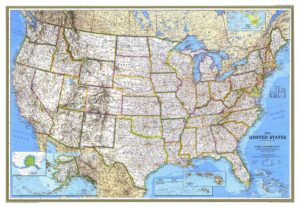 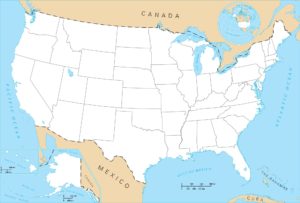 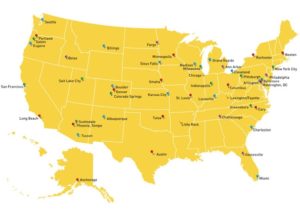 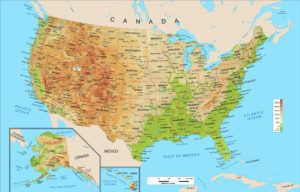 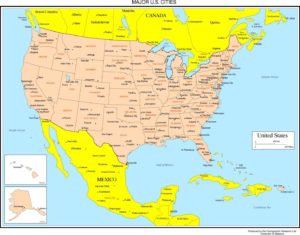 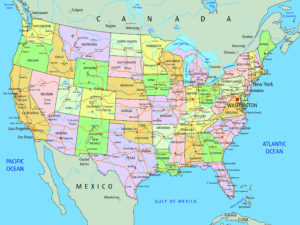 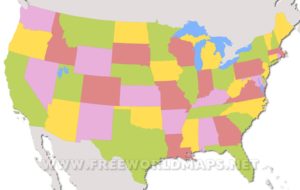 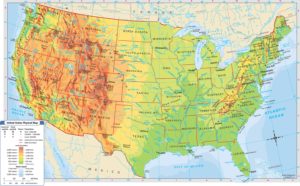 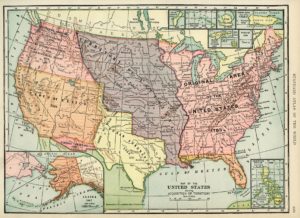 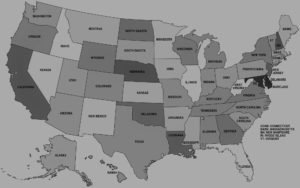 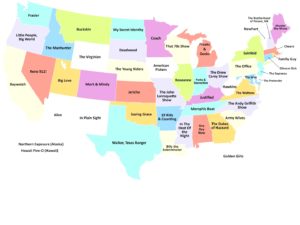 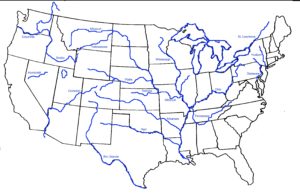 Blank outline map of the USA with major rivers 5 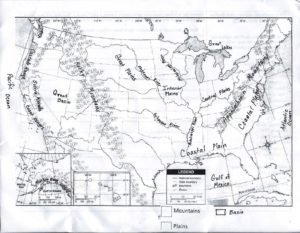 Physical Map of the United States with Mountains, Rivers and Lakes 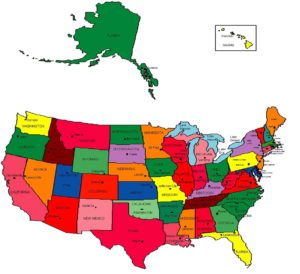