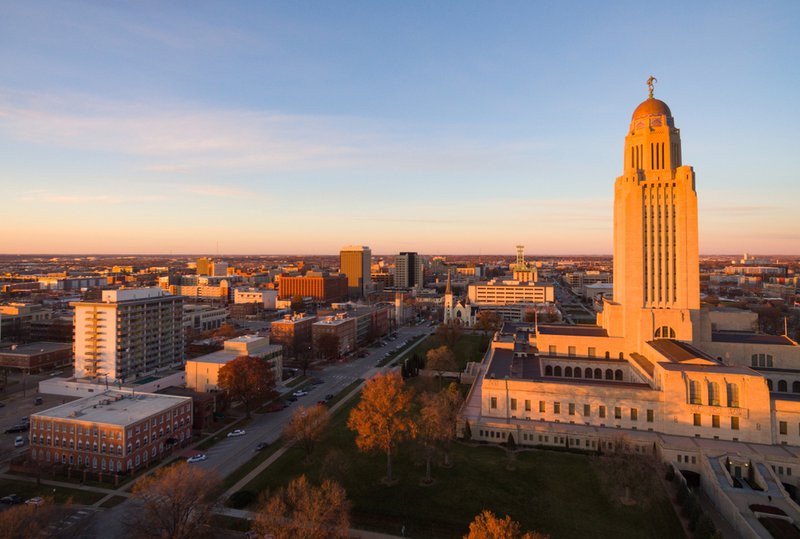 Lincoln Is The Official State Capital Of Nebraska. Lincoln covers an area of approximately 93.46 square miles. Lancaster County and Seward County are the two metropolitan areas of the city. The United States Census Bureau estimated the population of National Capital Of Nebraska Lincoln at 280,364 in 2016, and a population density of about 2,999.8/square miles. After the creation of the Nebraska Territory in 1854, Omaha was the Nebraska State Capital city, although a large part of the population lived south of the Platte River. After Kansas threatened to annex part of its southern territory, Nebraska considered moving the capital south of the river. Senators voted in favor of the action and the Removal Act of 1867, which advocated for the formation of a commission that would identify public land where the city would be located.

The commission chose the village of Lancaster due to its flat terrain and low population. Lancaster was later renamed Lincoln on September 6, 1867. On December 1, 1868, the Nebraska State Capitol was completed. The State Capital Of Nebraska is governed by a mayor-council government. The city council consists of a mayor and seven members, four elected in a nonpartisan election from the districts and three members-at-large. The state and federal government offices are located within the National Capital Of Nebraska City, including the Fire and Rescue Department and other emergency services.

The State Capital Of Nebraska is categorized as a mid-sized American city. Its economy largely depends on the manufacturing and service sectors. The telecommunication, transport, pharmaceutical, insurance, and technology industries also play significant roles in the economy. Nebraska State Capital Lincoln is located on the Great Plains, and its climate is rarely influenced by large water bodies or mountains. It experiences a humid continental climate characterized by cold but dry winters and hot, humid summers.