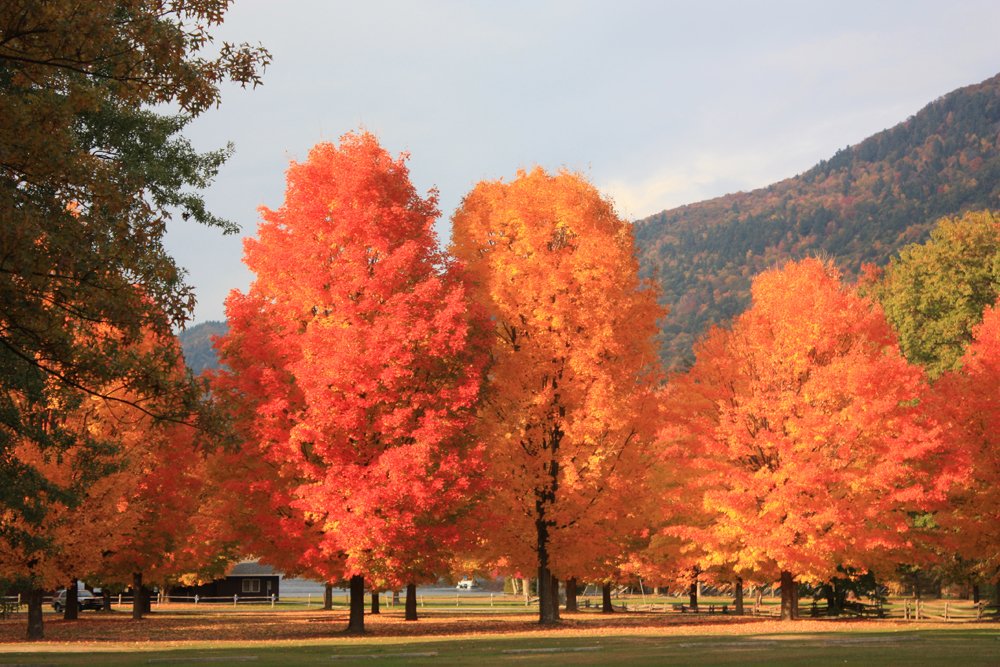 Sugar Maple Is The Official State Tree Of Vermont. The Sugar Maple was designated as the Vermont State Tree in 1949. Sometimes Sugar Maple called hard maple or rock maple, sugar maple is one of the largest and more important of the hardwoods. Sugar maple is among the best-known trees in the eastern United States because of its handsome appearance and distinctive leaf shape. Chosen as the state tree for four U.S. states, this Sugar Maple Tree is perhaps best recognized as the leaf on the flag of Canada. Although widely associated with Canada, State Tree Of Vermont sugar maple does not naturally grow far north or west in Canada. Sugar Maple Tree grows from southeast Canada through New England and the Midwestern United States, south to Tennessee and Virginia.

Often planted as an ornamental or shade tree, it is prized for its fall colors. Vermont State Tree Sugar maple produces some of the most brilliant fall foliage in the Northeast and North Central states, orange and red during late September and October. State Tree Of Vermont Sugar maple is a deciduous tree that reaches 90 to 120 feet (27-37 m) in height and 30 to 36 inches (76-91 cm) in diameter. Extremely large specimens have reached more than 130 feet (40 m) in height and more than 5 feet (1.5 m) in diameter. The bark is light gray to gray-brown and becomes deeply furrowed and rough with age. Twigs are a shiny, reddish-brown.

Identification of the Sugar Maple

Lifespan: This species of a sugar maple tree is long-lived, and plants can survive for 300 to 400 years.

Leaf: The Leaf Of The Tree Is Simple and palmately veined, 3 to 6 inches long, 5 lobed with entire margin; green above, paler below.

Flower: Flower Of Sugar Maple Tree Is Yellow to green, small, clustered, hanging from a long (1 to 3 inch) stem, appearing with the leaves.

Form: Medium to tall tree (to 100 feet) with a very dense elliptical crown.