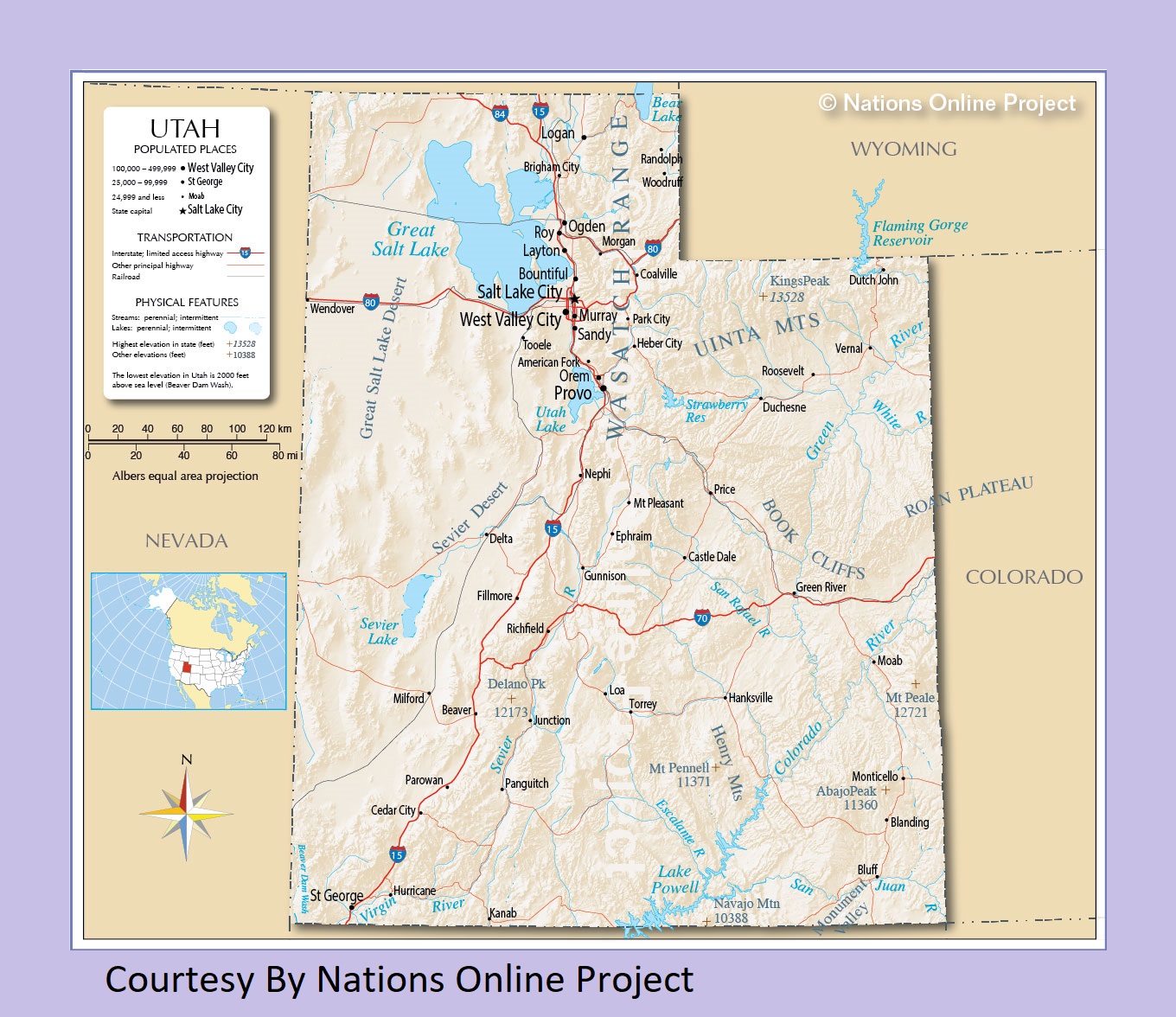 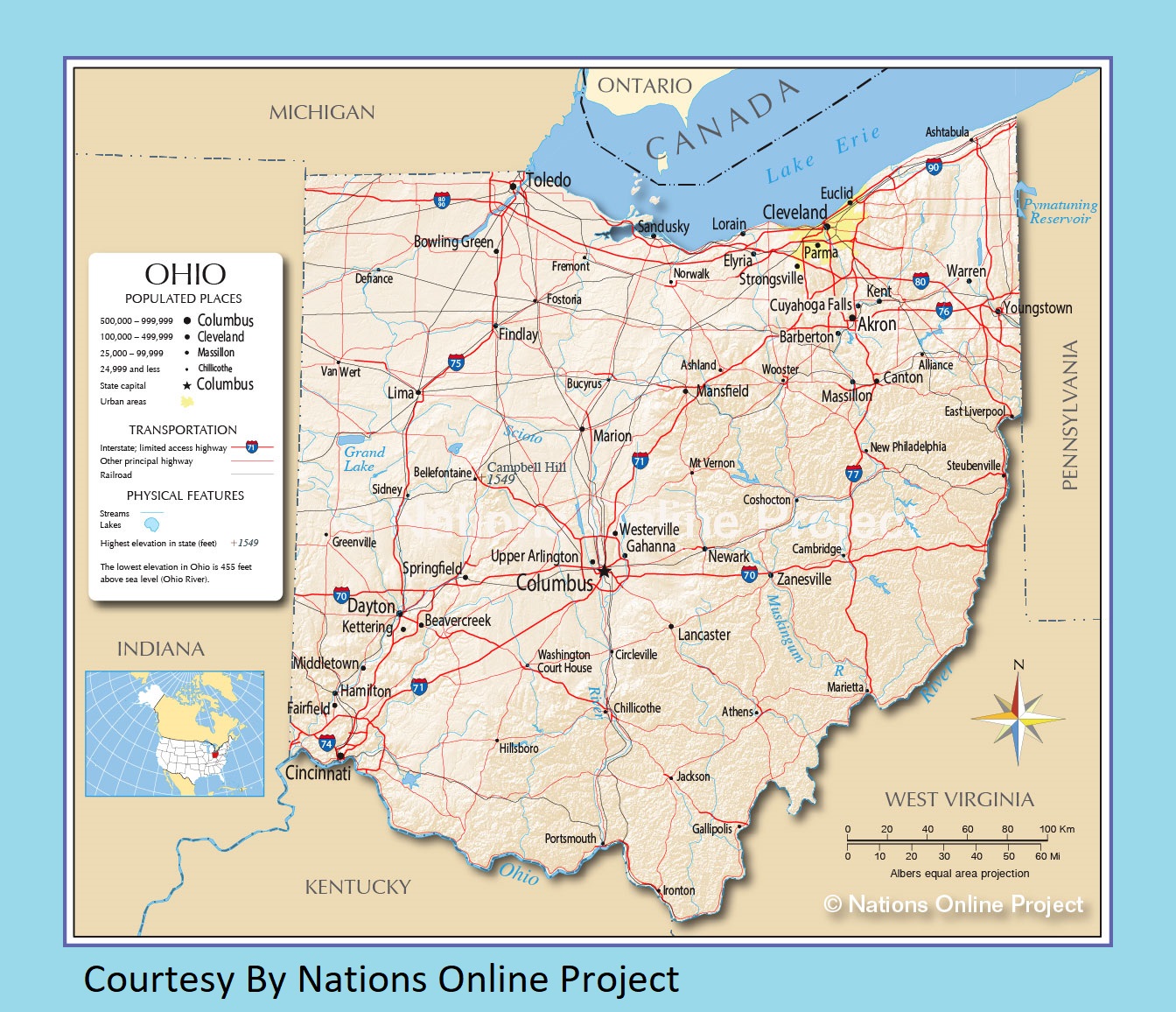 Illinois is located in the central region of the United States, between the Mississippi River and Lake Michigan.
Other significant rivers in Illinois are the Wabash on the eastern border with Indiana, Ohio on the south separating it from Kentucky, Kaskaskia, and Illinois connecting Lake Michigan with the Mississippi.

The state is generally flat, it’s the highest point is Charles Mound in the northwestern corner rising to just 376 meters above sea level.
Springfield is the capital, the largest city is Chicago. Other important cities in Illinois are Peoria, Aurora, and Rockford.
Illinois borders the other US states Wisconsin on the north, Missouri and Iowa on the west, Kentucky on the Southand Indiana on the east.