The state of North Carolina is located at the eastern edge of the United States, south of Virginia, north of South Carolina, and east of Tennessee, and west of the Atlantic Ocean.
The landscape can be divided into two major parts: the ranges of the Appalachian Mountains characterize the western regions, while the flat Atlantic Coastal Plains lie in the eastern part. The highest peak is Mount Mitchell in the western part, the major rivers are Roanoke, Pee Dee and Cape Fear rivers, that flow into the Atlantic. 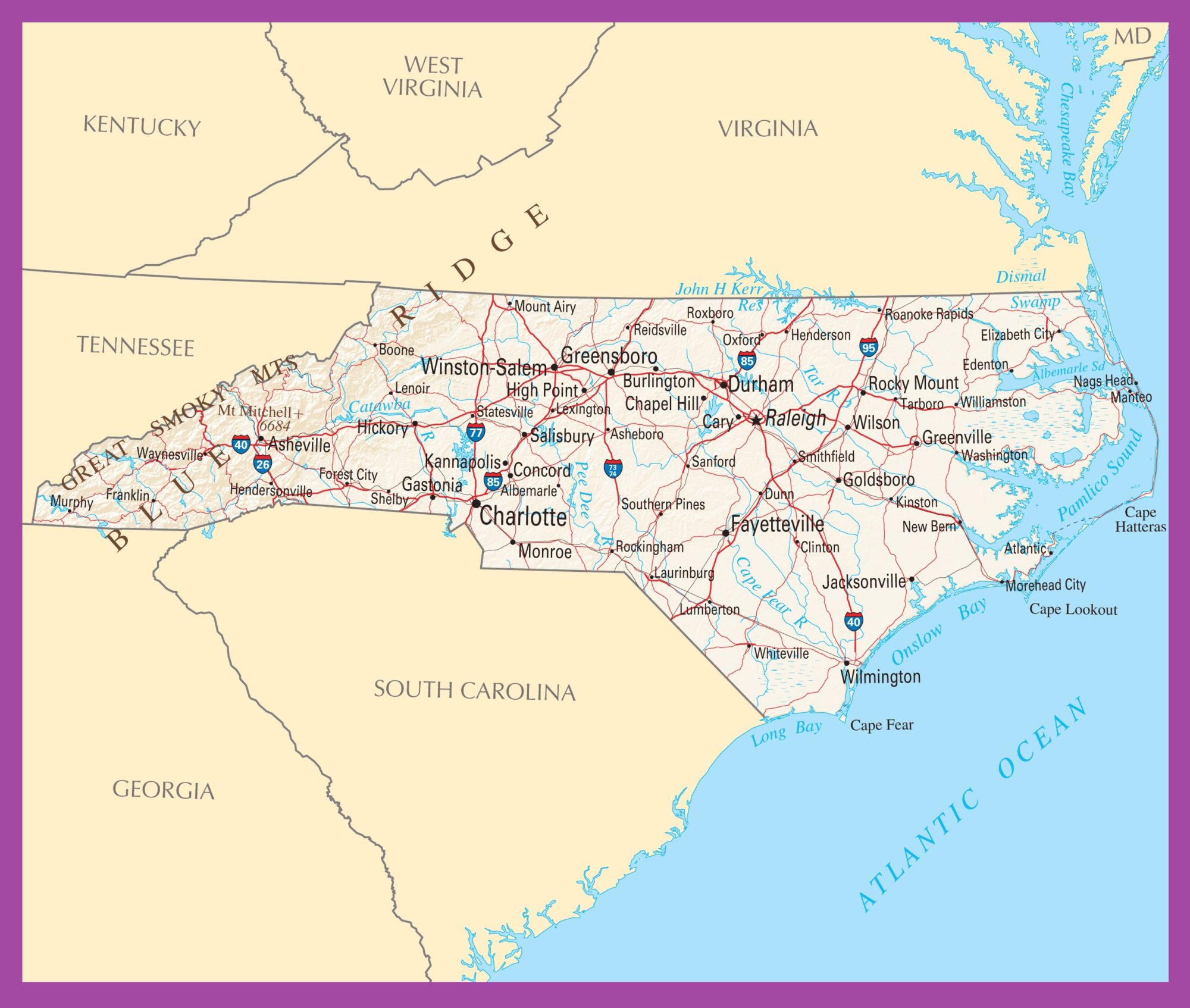