The state of Ohio is located in the northeastern central regions of the United States, south of Lake Erie, between the states of Pennsylvania, West Virginia, Kentucky, Indiana, and Michigan. The Ohio River runs by the southern border of the state. Ohio Physical Map features three major geographic regions: the 330 km (210 mi) long Lake Erie coast, the Central Lowlands in the west, and the Appalachian Plateaus in the east.

Lake Erie is the southernmost of the five Great Lakes with 312 miles (502 km) of coastline in Ohio. The Central Lowland occupies the majority of the northwestern parts. Campbell Hill is the highest natural point in Ohio with 472 m (1,549 ft) height. The Central Lowlands dominate the western portion of Ohio’s landscape. The Appalachian Plateaus In the east is Ohio’s largest region. 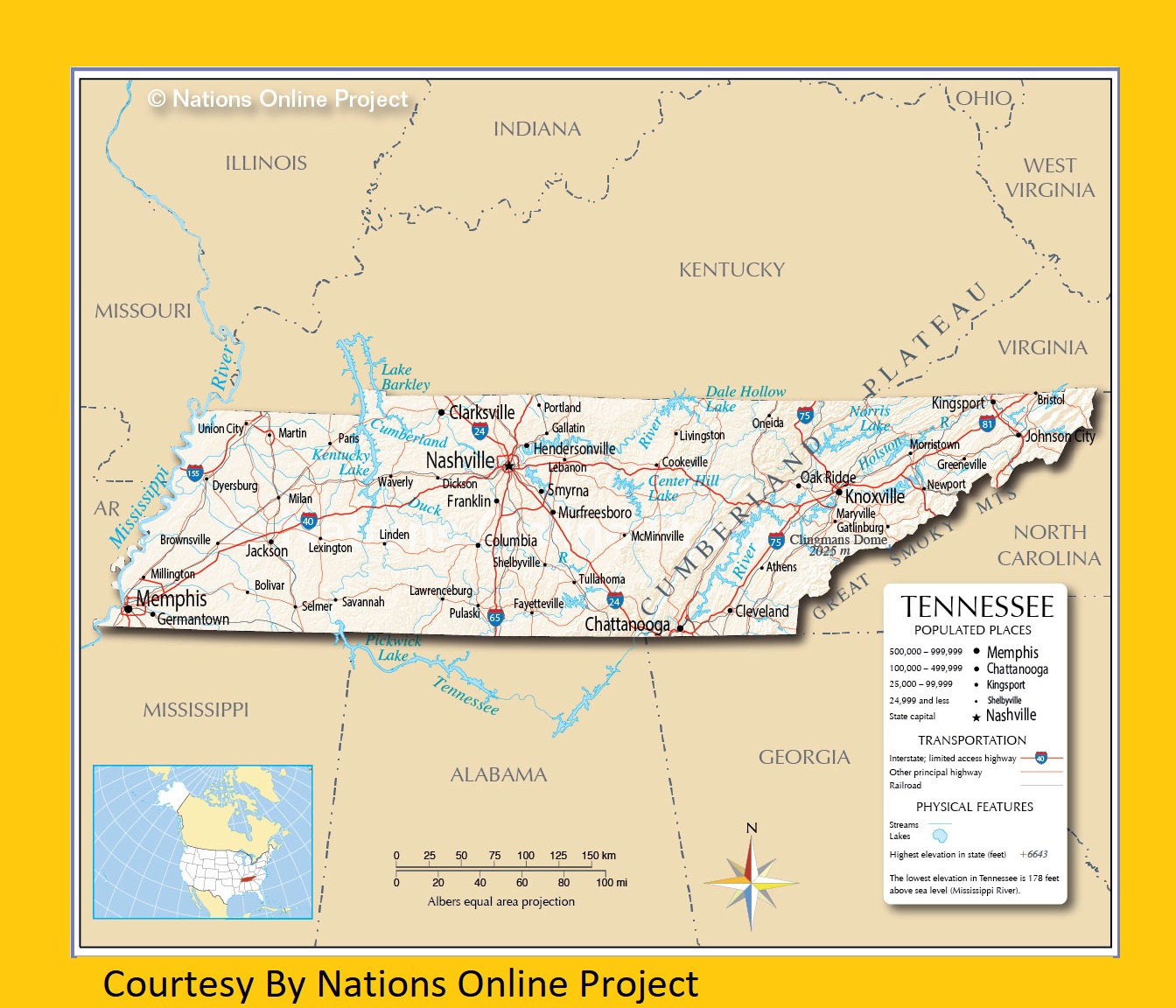 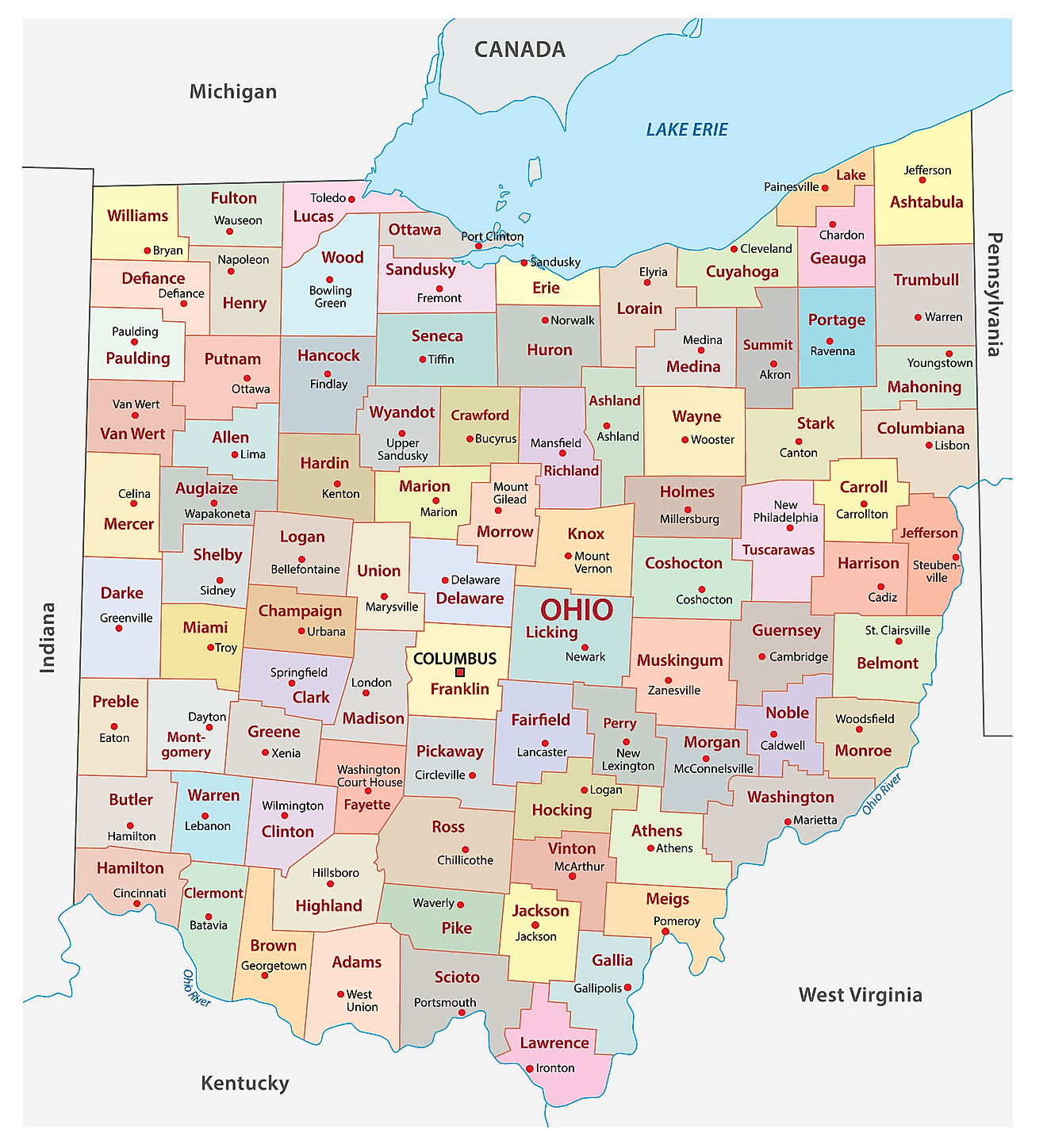