Algonquian language family was the original inhabitants of Massachusetts. They would eventually perish from diseases brought to this land by European explorers in the late 16th century. The brutalities of colonial expansion are also responsible for their perish across their ancestral homelands.

The area of Massachusetts was part of the original territory of the United States. It is is also well known for the Boston Tea Party and the pivotal role it played in the American Revolution. The state joined the Union on February 6th, 1788 as the sixth state of the United States.

Massachusetts is located In the New England region of the United State. it is one of the six New England states. Political Map of Massachusetts shares borders with Vermont and New Hampshire in the north, the Atlantic Ocean to the east, Rhode Island and Connecticut to the south, and New York in the west.

Boston is the official state capital of Massachusetts. This Massachusetts Political Map shows Boston, the capital city, and many important historical attractions.

All counties have a total of 50 cities and 301 towns in them. Middlesex County is the most populous county of the state. The state capital Boston is located in Suffolk County. Worcester County is the largest county with an area of 1,579 square miles.

Massachusetts is a US state located In the New England region of the northeastern part of the country. It shares borders with Vermont and New Hampshire in the north, the Atlantic Ocean to the east, Rhode Island and Connecticut to the south, and New York in the west.  Mt. Greylock in the Taconic Mountains is the highest point in the state with 3,487 ft.

The geography of the state is divided into several distinctive regions. The Berkshire Mountains and the Connecticut River Valley in its west, and many rural hill-towns in its central part. The eastern part of the state includes the urban Greater Boston region and the sandy beaches of Cape Cod, while islands like Nantucket and Martha’s Vineyard lie off its southeastern coast.

There are over 4,000 miles of rivers and more than 1,000 small lakes and ponds are found in the Geography Map of Massachusetts.

The Transportation Map of Massachusetts is controlled by the Massachusetts Department of Transportation. The state has a total of 36,800 miles (59,200 km) of interstates and other highways in Massachusetts. I-90, I-91, I-93, I-95, I-291, I-391, I-84, I-195, I-395, I-290, and I-190 are the interstates highways run through the state. The main airport in the state is Boston’s Gen. Edward Lawrence Logan International Airport. Amtrak operates several inter-city rail lines connecting Massachusetts. 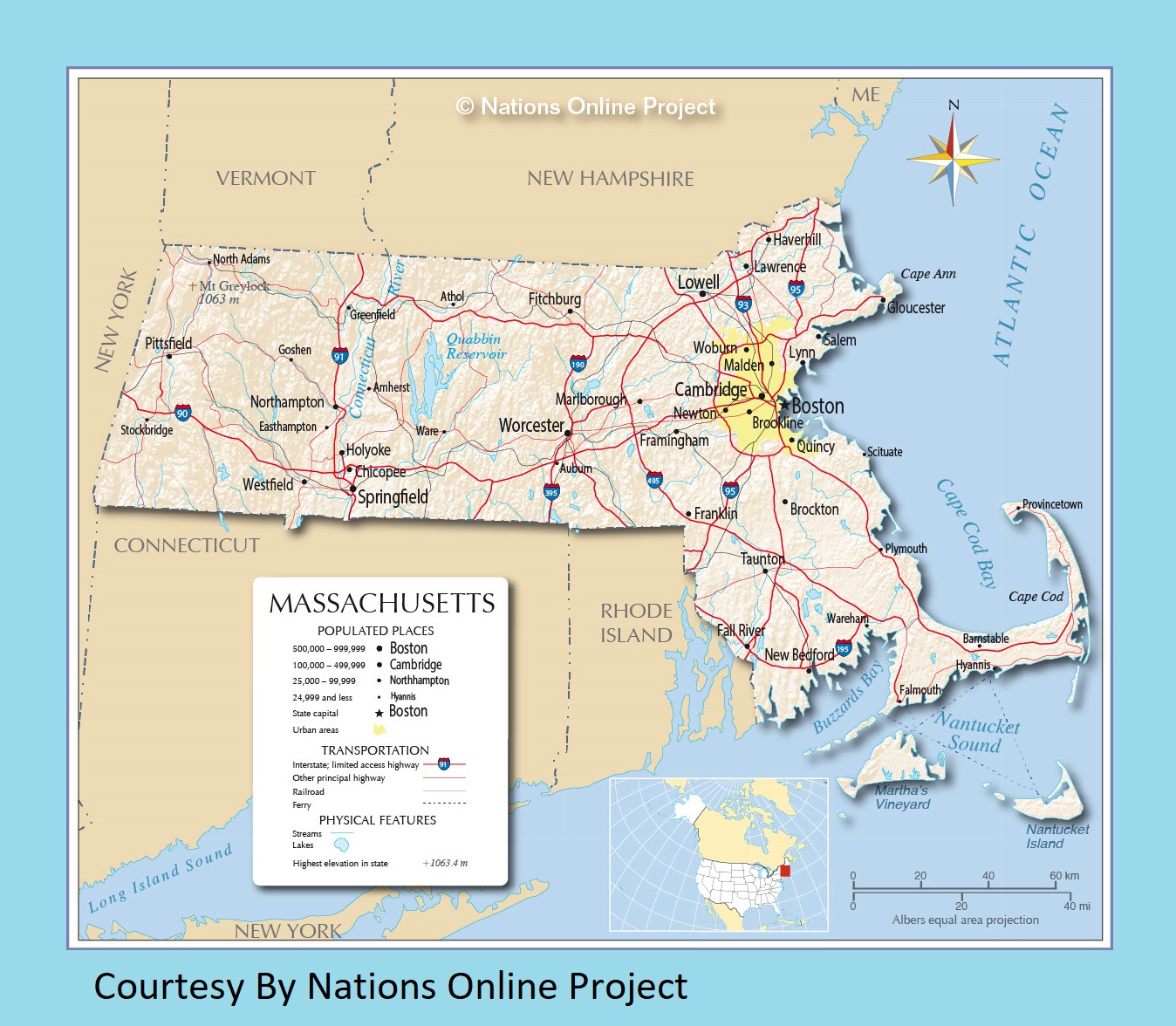 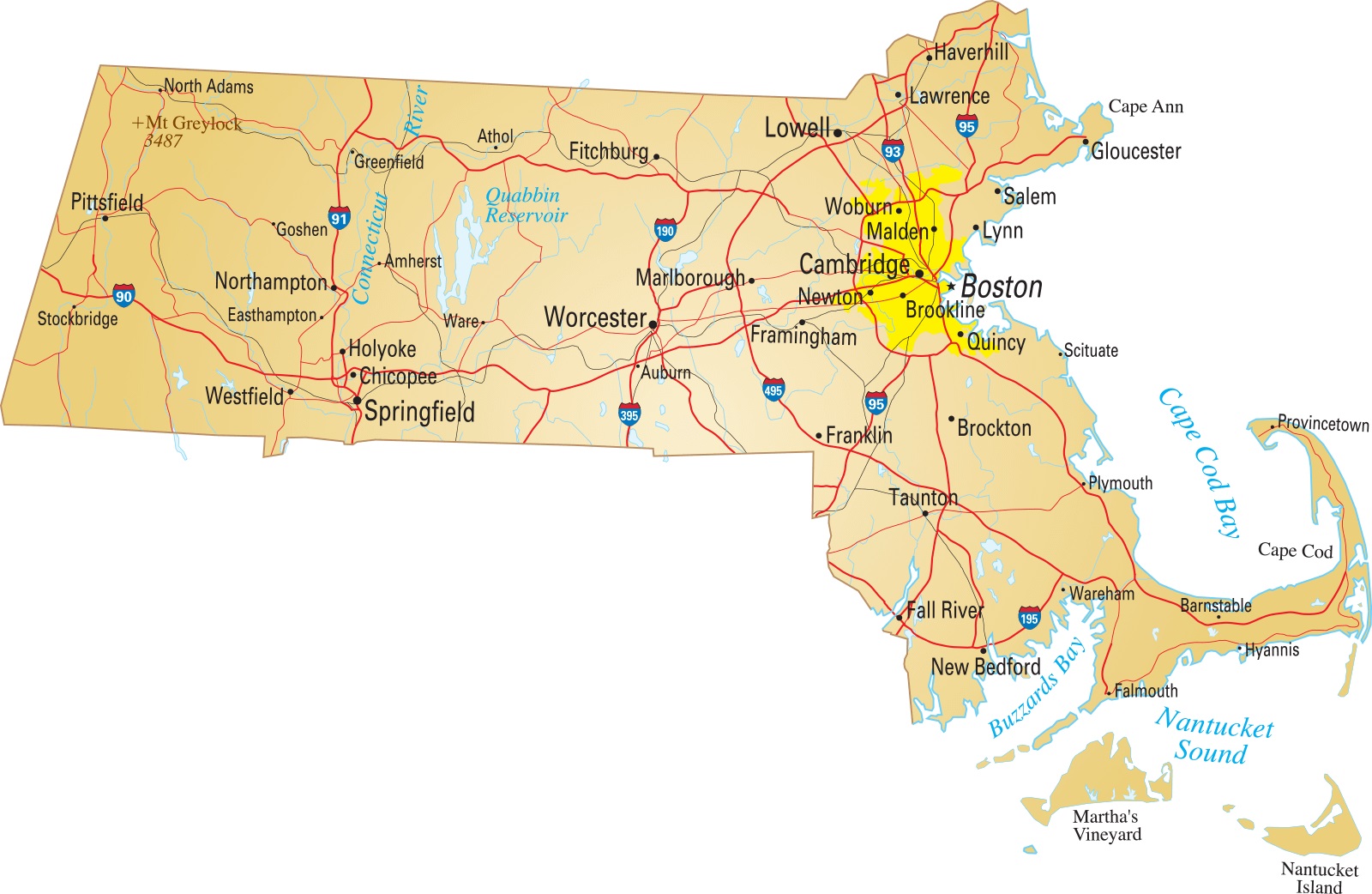