Map of Michigan | Political, County, Geography, Transportation, And Cities Map is the Map of Michigan. You can also free download Map images HD Wallpapers for use desktop and laptop. Click Printable Large Map

The US state of Michigan is located in the Great Lakes and Midwestern regions of the United States. It is one of the East North Central states of the country. Michigan is the 10th most populous of the 50 United States With approximately 10 million Population. The Map of Michigan covers an area of 250,485 km² (96,713 sq mi), making it the 11th largest state in the US.

The name Michigan comes from the French Ojibwa word mishigamaa which means “large water” or “large lake.” Many Native American tribes have occupied the area of Michigan for thousands of years. The area was first to Explore by the Franch and was claimed as part of the New France colony. Later, the Treaty of Paris signed in 1763 placed the state under the British.

In 1796, according to the Jay Treaty, Britain gave Detroit and some other posts in Michigan to the US. On 26 January 1837, President Andrew Jackson signed a bill for granted Michigan its sovereignty and joined the Union as the 26th state.

Michigan is located in the Great Lakes and Midwestern regions of the United States. It Is the 10th most populous and the 11th largest state in the US. The Political Map of Michigan shares its borders with Indiana, Ohio, Wisconsin, and Ontario, a Canadian province. Michigan has shorelines at four of the five Great Lakes. Those are Lake Erie, Lake Huron, Lake Michigan, and Lake Superior. The state also shares a water boundary with Minnesota and Illinois. Lansing is the state capital of Michigan, and its largest city is Detroit.

Michigan is one of the East North Central states of the US. It spread over an area of 96,716 square miles. Michigan borders the Canadian province of Ontario, the US states of Indiana, and Wisconsin, Ohio. It shares a water boundary with Illinois and Minnesota. The state has the longest shoreline in the continental U.S. – nearly 3,300 miles.

The Wolverine State (its nickname) is divided into the Upper and Lower Peninsulas. Upper Peninsula is hilly and rugged in the west, especially in the heavily-forested Porcupine Mountains. The Lower Peninsula is a part of the Great Lakes Plains. Mount Arvon is the highest point in the state with a height of 1,979 feet.

Michigan’s has numerous islands, including Bois Blanc, Drummond, Grand, Isle Royale, Mackinac, Sugar; the Manitou Islands, and the Beaver Island archipelago. The state is covered by over 11,000 freshwater lakes.

The Transportation of Michigan is well-connected by air, rail, and road. The state has nine international road crossings with Ontario, Canada. Some major interest highways are I-75, I-69, I-94, I-96. Auxiliary highways include I-275 and I-375 in Detroit; I-475 in Flint; and I-675 in Saginaw. The busiest airport in the state is Detroit Metropolitan Wayne County Airport. The Gerald R. Ford International Airport in Grand Rapids is the 2nd busiest airport in the state. Michigan is served by four Class I railroads. 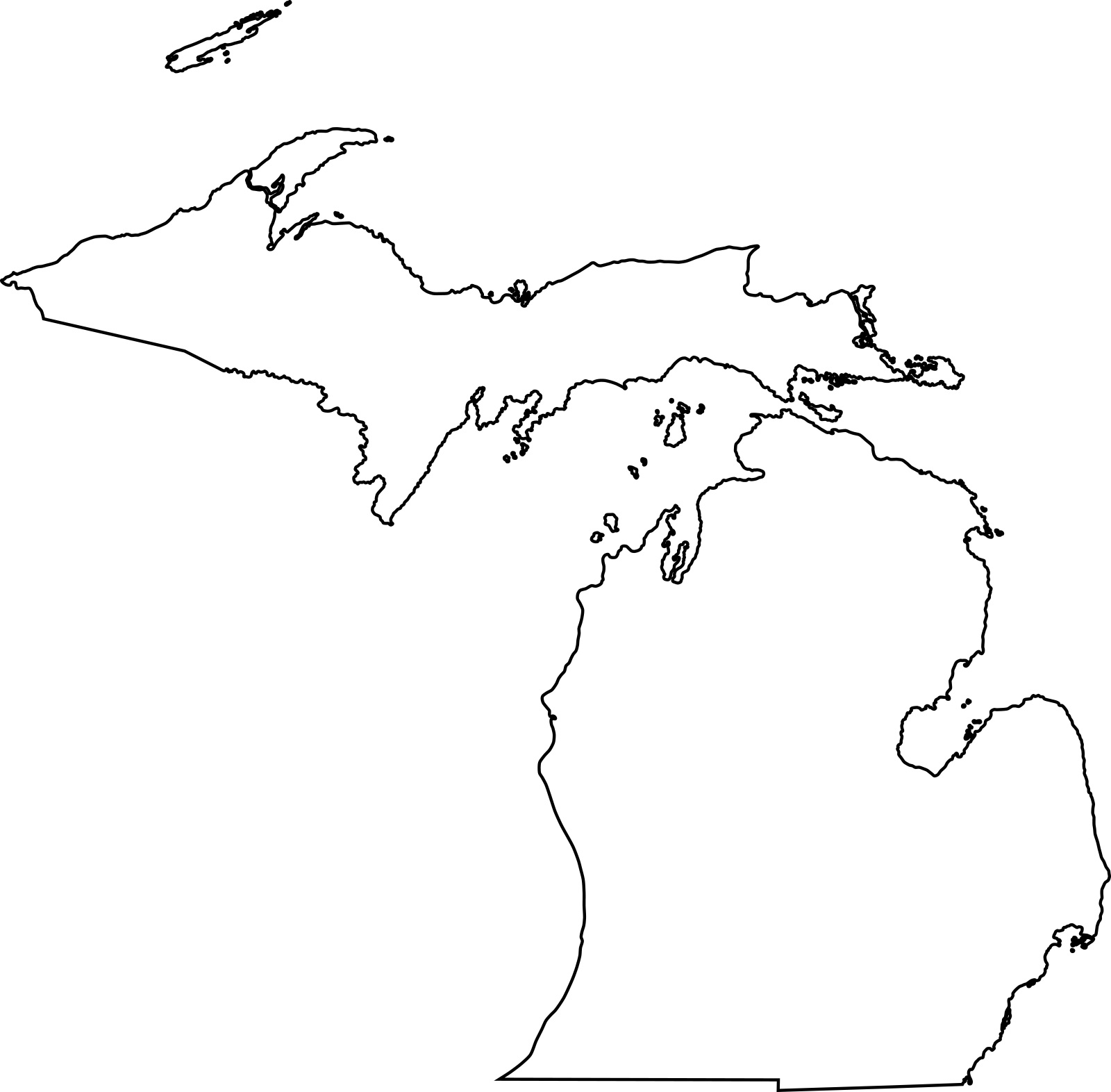 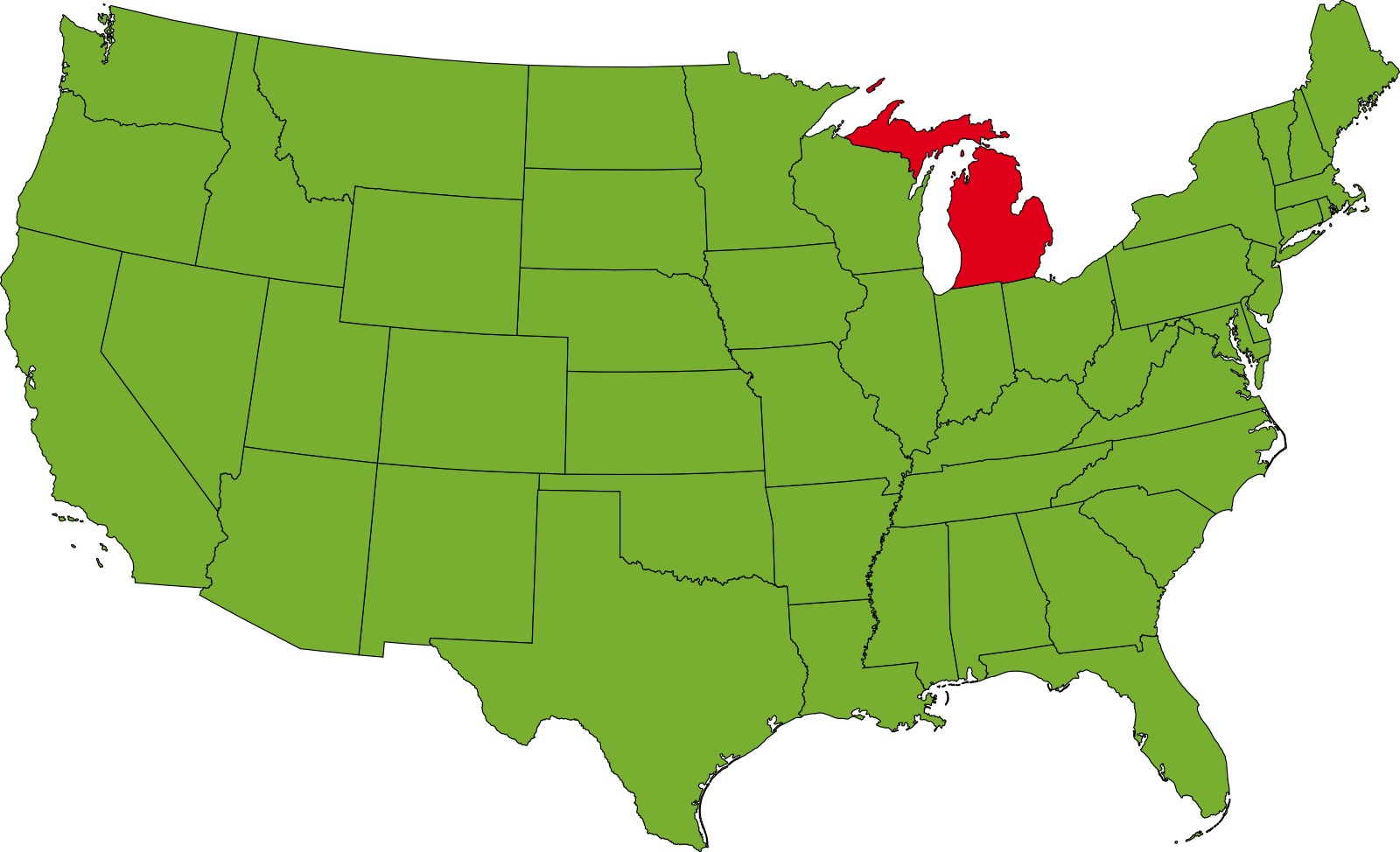