North Carolina first came in contact with the Europeans. Spanish explorer Juan Pardo established Fort San Juan in the area in 1567. North Carolina was a royal colony in 1729 and is one of the original Thirteen Colonies of the United States. On November 21, 1789, North Carolina ratify the United States Constitution. It became the twelfth state to enter the new union. In 1794, Raleigh has declared the capital.

North Carolina’s geography provides residents and visitors a stunning scenery, including some of the best freshwater and saltwater fishing venues anywhere. North Carolina’s Mount Mitchell is the highest point with a height of 6,684 feet (2,037 m). It is the most important banking center in the US, next only to NYC (New York City).

North Carolina is the southeastern state of the United States. The state borders by Georgia, South Carolina, Tennessee, and Virginia. Geography Map of North Carolina spread over an area of 53,819 square miles. The highest point in the state is Mount Mitchell at 2037 m (6,684 ft).

From east to west, The geography of North Carolina consists of four different regions. The sandy islands of the Outer Banks, the Atlantic Coastal Plain, The Piedmont Plateau, the Blue Ridge Mountains, and the Great Smoky Mountains are the major geographic region of the state. 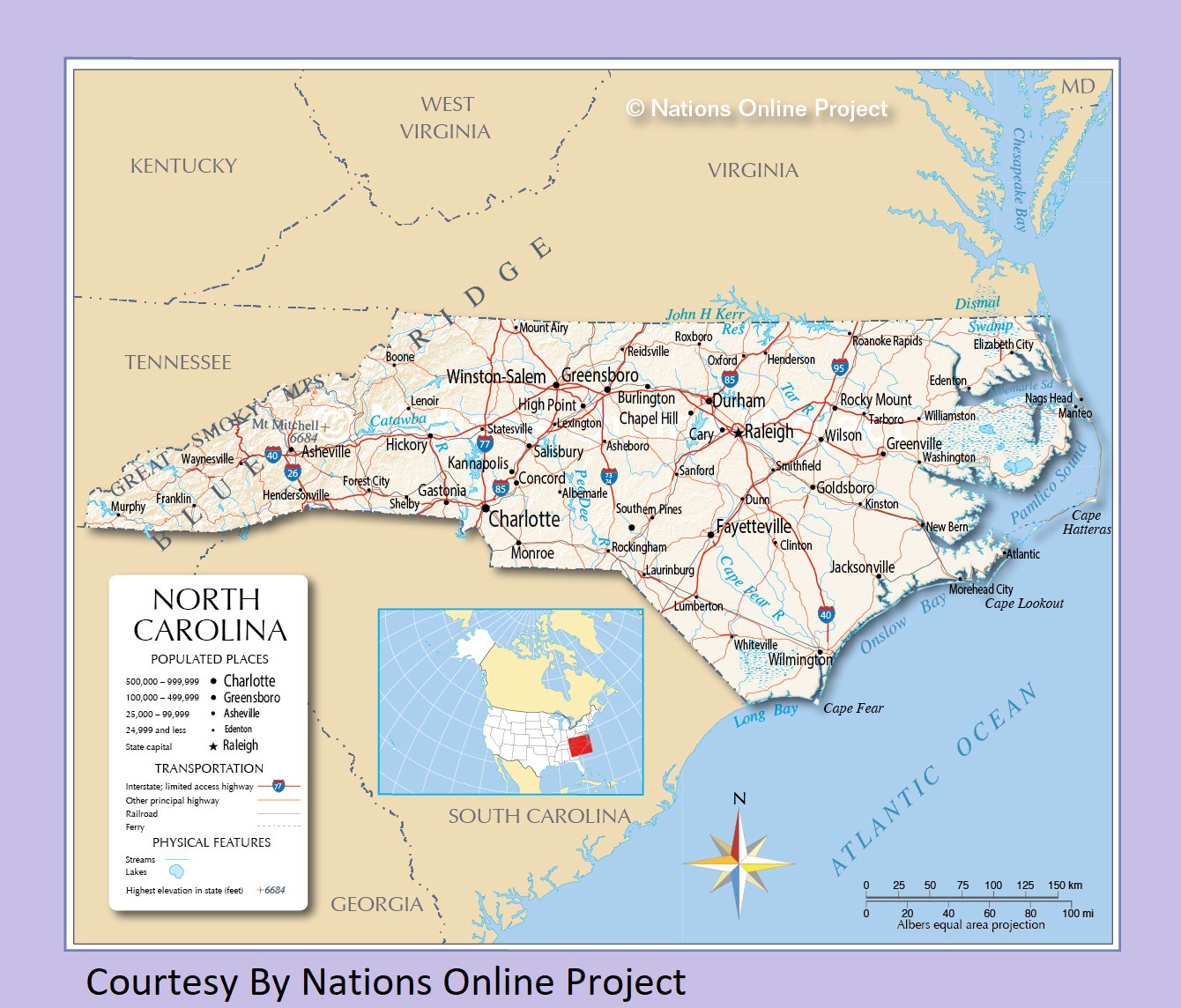