The landscape of New Mexico ranges from wide, rose-colored deserts to broken mesas to high, snow-capped peaks. Despite New Mexico’s arid image, heavily forested mountain wildernesses cover a significant portion of the state. Part of the Rocky Mountains, the broken, north-south oriented Sangre de Cristo (Blood of Christ) range flanks both sides of the Rio Grande from the rugged, pastoral north through the center of the state. Government lands include the Cibola National Forest, headquartered in Albuquerque, and the Santa Fe National Forest, headquartered in Santa Fe.
The highest point is the summit of Wheeler Peak, at 4011 meters above sea level. 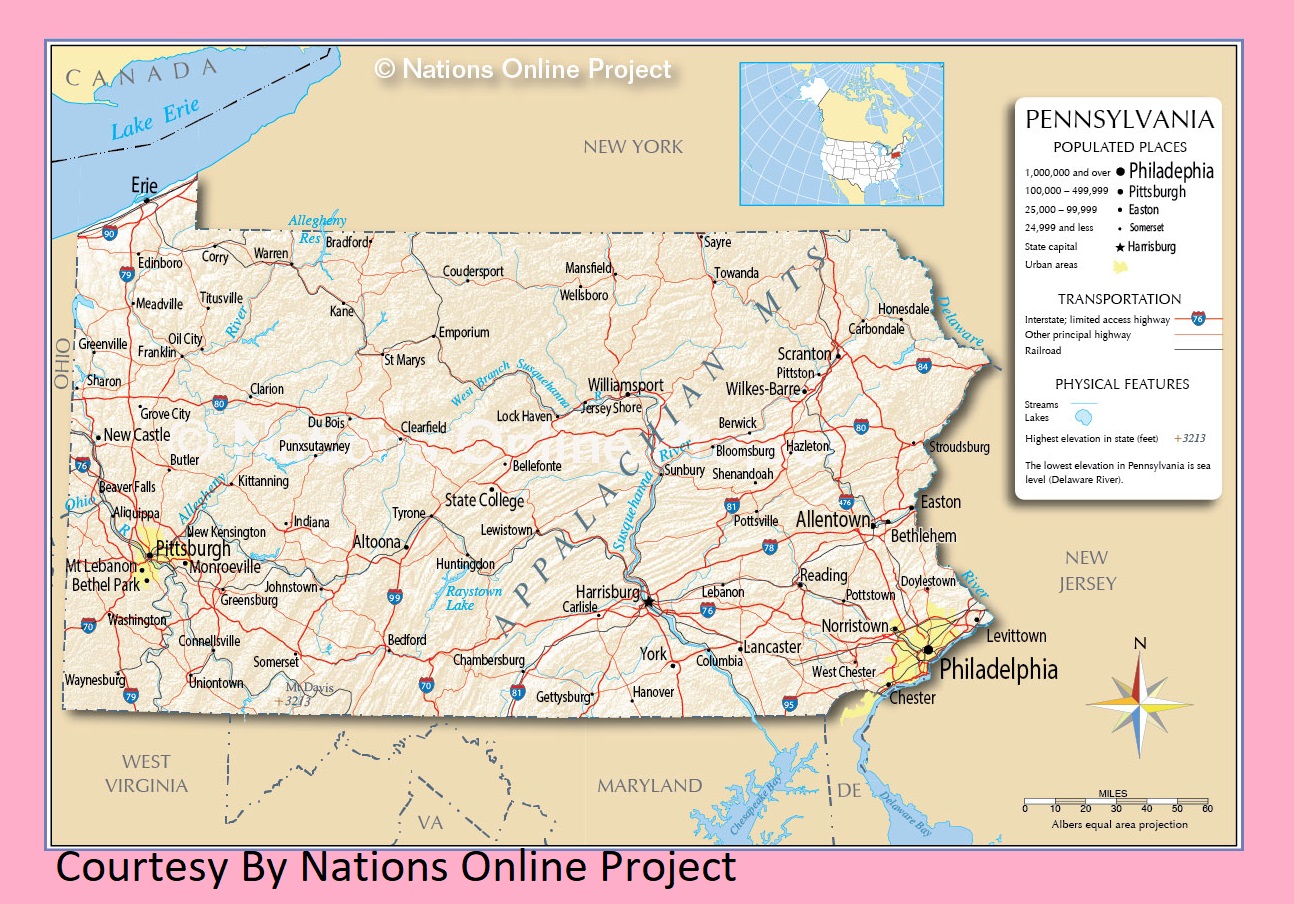