What is the State Animal of Colorado? 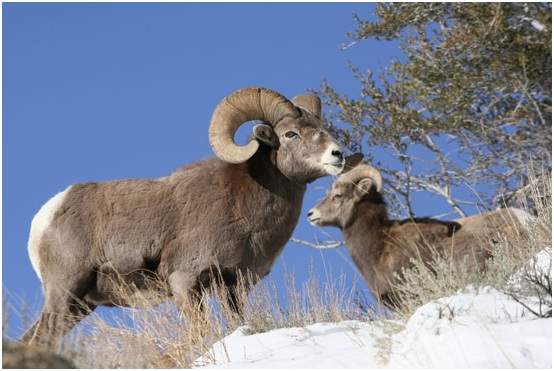 Bighorn inhabits alpine meadows, grassy mountain slopes and foothill country near rugged, rocky cliffs and bluffs. On May 1, 1961, by an act of the General Assembly was adopted the Rocky Mountain Bighorn Sheep as the official state animal of Colorado. Referred the Citation: Senate Bill 294, 1961; Colorado Revised Statute 24-80-911.

Colorado’s state animal Rocky Mountain Bighorn Sheep have separate names of both male and female. The male Bighorn sheep called ram and identified through his huge brown horns while the female bighorn sheep are called ewe, which also has horns but little shorter and smaller than ram. The bighorn sheep have short brown pelt with a white muzzle and rump patch.