What is the State Furbearer Animal of Oklahoma? 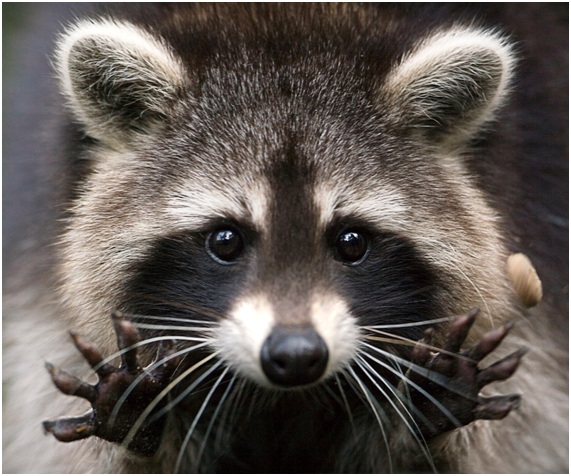 The raccoon is the official state furbearer animal of Oklahoma. The raccoon was entitled to Oklahoma’s state fur-bearing animal in 1989. Procyon Lotor is the scientific name of Raccoon. The name “raccoon” is derived from the Native American word “aroughcoune” (Algonquian language) and it means “he who scratches with his hands.” Raccoons range over the entire USA except for the Rockies and the desert southwest.

Oklahoma’s state fur-bearing animal, the Raccoon, is easily recognized by the grayish, salt-and-pepper bodies with a black mask over the eyes and rings around the tail. They are sometimes called the masked bandits because of the black mask. Often these rings are less defined on the underside of the tail. Young are colored similarly to adults, except that the top of the head, nape of the neck, and area behind the ears are brownish black, whereas these areas on adults are lighter.

Raccoons are usually nocturnal and omnivores. They eat almost anything including nuts, fruits, berries, grass, leaves, seeds, insects, crustaceans, worms, eggs, fish, some small mammals, kitchen scraps, and garbage. Raccoons even get into trash cans and live primarily off food scraps found there. Raccoons find much of their food in water.

The state furbearer animal of Oklahoma’s mating occurs in late winter. A litter of 4-5 kits is born in April or May. The male raccoon takes no part in raising the young and the female will chase him from the den area if need be. The kits remain with the mother until the next summer. In severe winter climates, the raccoon will become dormant. The average lifespan of raccoons is 2-3 years in the wild.