What Is The State Tree of Delaware? 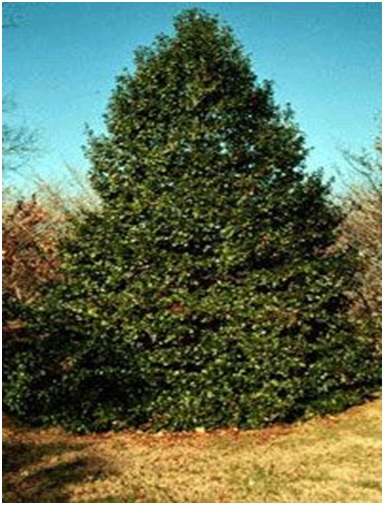 American Holly is the State Tree of Delaware. Ilex opaca is the scientific name of American Holly and it is commonly known as American Holly. It is also called Christmas holly or evergreen holly. Ilex is the genus of the American Holly and I. opaca is its species. The Delaware’s State tree American Holly is belongs from the family of Aquifoliaceae, which is mostly native to the eastern and south-central United States, from coastal Massachusetts south to central Florida, and west to southeastern Missouri and eastern Texas.

It is also found in insufficient numbers in the northern part of its range from Cape Cod, Massachusetts, south to northern New Jersey as well as southern Connecticut and southeastern New York. When a state bodies select a symbol for the state it should be represent extra ordinary design, quality, availability, expression, and usefulness, cultural, traditional and religious back ground, which go back thousands of years or its popularities. It is well-known tree all over the state Delaware for its distinctive beauty.

On the basis of the facts mentioned above on May 1, 1939, the American holly (Ilex opaca) that frequently referred to as the Christmas or evergreen holly, and was adopted as the official State Tree of Delaware by an Act of the General Assembly of Delaware, which duly signed by the Governor Richard C. McMullen.

The Facts of the State Tree of Delaware [American Holly]

There are more than 1,000 cultivars have already been selected, including some plants for cold tolerance (‘Cobalt’, a male cultivar, is able to tolerate temperatures as low as −32 °C), growth form (e.g. dwarf forms such as ‘Cardinal Hedge’, a female plant growing to 1.2 m tall), and color and abundance of fruit. Ilex opaca naturally grows as an understory tree in moist forests of the east-central, southeastern, and south-central United States. The roots are thick and fleshy. It will grow in both dry and swampy soil, but grows slowly.

The Delaware’s State tree American Holly have irregular grain pattern Lumber that makes it extremely difficult when sawing or planning the wood. It needs very sharp knives or wood working tools, Holly machines are very well. Piano and organ keys, inlay lines, carving, fine turnery. When dyed black is holly is a fine substitute for Ebony. It has some medicinal properties, such as; the powdered leaves were brewed into a healing tea for measles, and the ashes from burning the leaves in a drink soothed whooping cough. Hot condense made from the leaves and bark helped relieve the pain of broken and dislocation bones.

To sum up, American Hollytree is the people’s favorite State Tree of Delaware that symbolized The Sword of Truth, Unconditional love, sacrifice, reincarnation, fertility, peace and goodwill, which outstandingly represents and glorifies the spirit of Delaware culture.