What is the State wildlife animal of Delaware? 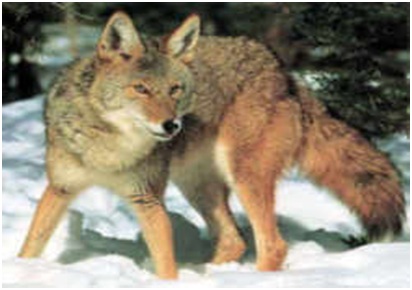 Gray Fox is the official state wildlife animal of Delaware. Gray Fox was entitled to the official Delaware state wildlife animal in 2010. Urocyon cinereoargenteus is the scientific name of Gray Fox. It is commonly known as Common Gray Fox or Grey Fox, Renard Gris (French) Zorra Gris (Spanish), which is mostly found in rocky, brushy, wooded areas of North America (southern half) and the northern part of South America, apart from the mountains of northwestern United States.

On June 10, 2010, The Governor of the state of Delaware Jack A. Markel signed the House Bill No. 354 regarding the state wildlife animal of Delaware and designating the Gray Fox for the same.

Delaware’s State wildlife animal Gray Fox have one mate their whole life that called monogamously. They rarely build their own dens; usually, take over an abandoned one. The Gray Fox has few natural predators; feral dogs and coyotes, which are not tolerated foxes within their territories. At night Gray Fox make a sound to communicate with their family members or pack to keep track of them. Gray Fox is extraordinarily intelligent, have exceptional vision and sense of smell, and can attain a speed of 35 mph.

Due to their reclusive nature and more nocturnal habits, the Gray foxes are not experiential as often as red foxes. Gray foxes have a tendency to be active from evening hours until sunrise. They can climb trees, jumping from branch to branch for protection or hunting. The Gray Fox, Delaware’s State wildlife animal is the most popular and elegant official state wildlife animal, which outstandingly represents and glorifies the spirit of Delaware State.