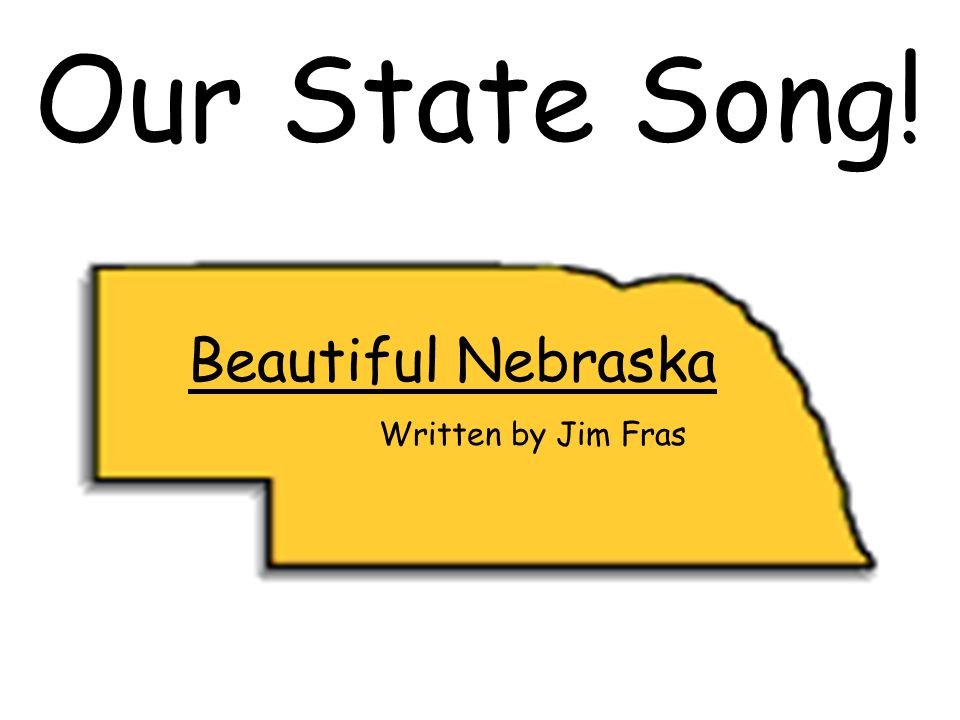 Laced with many rivers and the hills of sand:

Beautiful Nebraska, as you look around,

You will find a rainbow reaching to the ground:

All these wonders by the Master’s hand:

We are so proud of this state where we live.

There is no place that has so much to give.

Beautiful Nebraska, as you look around,

You will find a rainbow reaching to the ground:

All these wonders by the Master’s hand.