Alaska is the westernmost, northernmost, and surprisingly the easternmost US state. With a land area of 586,412 square miles, Alaska is twice the size of Texas. The westernmost tip of Alaska is 50 miles away from Russia. Alaska is famous for its incredible topography. Alaska River Map features rivers, coastal marshlands, and sequestered islands.

Alaska has more than 3,000 rivers and 3 million lakes in Alaska River Map. Alaska’s major river is the Yukon. its source is in British Columbia, Canada, and empties into the Bering Sea. The river flows for 3,017 km (1,875 mi) within Alaska. It has a total length of 3,698 km (2,298 mi). Alaska’s other big rivers are the Colville River, The Noatak, The Kobuk River, The Kuskokwim, The Copper River Etc.

There are 1,800 named islands in the state, 1,000 of which are located in Southeast Alaska. The largest island of Alaska is Kodiak Island in the Gulf of Alaska. It is separated from Alaska’s mainland by the Shelikof Strait. Alaska Features around 100,000 glaciers which make three-fourths of all freshwater in the state is stored as glacial ice. 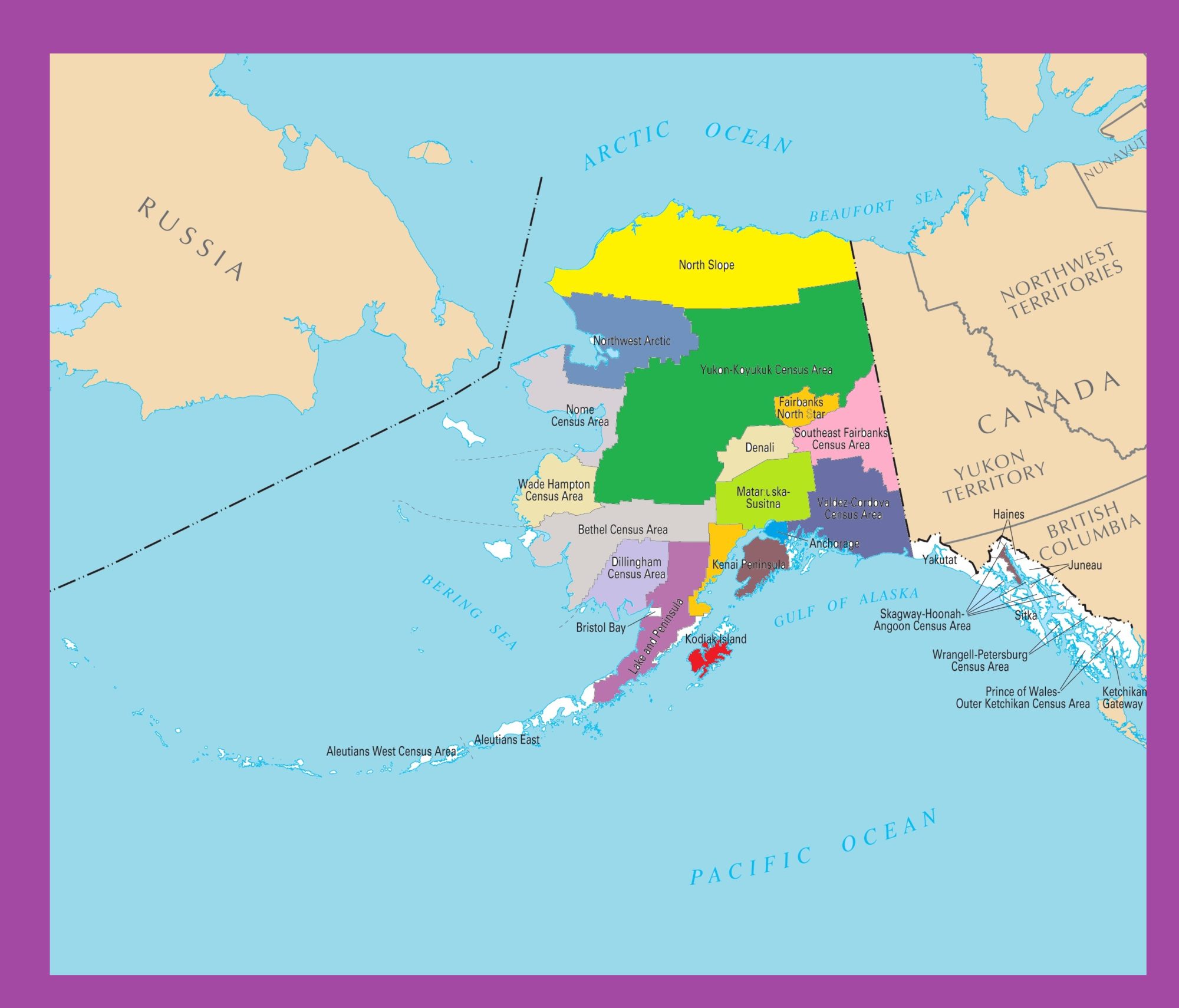