What Is The State Tree of Alaska? 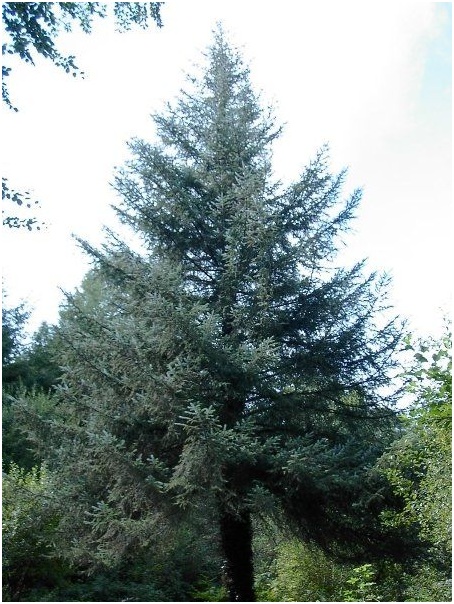 Sitka Spruce is the State Tree of Alaska. Picea sitchensis is the scientific name of Sitka Spruce and it is commonly known as Sitka Spruce, coast spruce, tideland spruce, tidewater spruce. Picea is the genus of the Sitka Spruce and P. sitchensis is its species. The Alaska’s State tree Sitka Spruce is belongs from the family of Pinaceae, which is native to the west coast of North America, with its northwestern range on Kenai Peninsula, Alaska, and its southeastern range close to Fort Bragg in northern California and intimately associated with the moderate rainforests and the coast in southern portion of its range.

North of Oregon, its range extends inland along river floodplains, which is now been extended more than 80 km from the Pacific Ocean and its coves. When state bodies select a symbol for the state it should be represented extraordinary design, quality, availability, expression, and usefulness, cultural, traditional and religious background, which go back thousands of years or its popularities The Sitka spruce tree is the most valuable tree species in Alaska.

The Facts of the State Tree of Alaska [Sitka Spruce]

Alaska’s State tree Sitka Spruce prefers Entisols, Spodosols, Inceptisols, and Histosols, on soils derived from an extensive variety of parent material for its best growth. It requires moderately high amounts of calcium, magnesium, and phosphorus, and distinctively best grows where soils are derived from rocks rich in calcium and magnesium. It also prefers deep, moist, well-aerated soils and occupies alluvial soils along streams, sandy or coarse-textured soils, or soils having a thick accretion of organic material. Sitka spruce is a long-lived tree, it grows rapidly under favorable conditions, and large size may not indicate exceptional age.

Due to its high strength-to-weight proportion and standard density, a knotless ring that makes Sitka spruce an outstanding instrumentalist of sound. That is why it is used for manufactures of piano, harp, violin, and guitar. It was also used as an essential material for sailboat spars and aircraft wing spars. The Wright brothers’ Flyer was built using Sitka spruce, as were many aircraft before World War II; during that war, aircraft such as the British Mosquito used it as a substitute for strategically important aluminum.

To sum up, Sitka spruce is the people’s favorite State Tree of Alaska, which symbolized Energy, peace, and protection, good luck, also symbols of the sky and directional guardians of the north. Although it is an official State tree symbol of Alaska, it outstandingly represents and glorifies the spirit of the Alaskan culture.