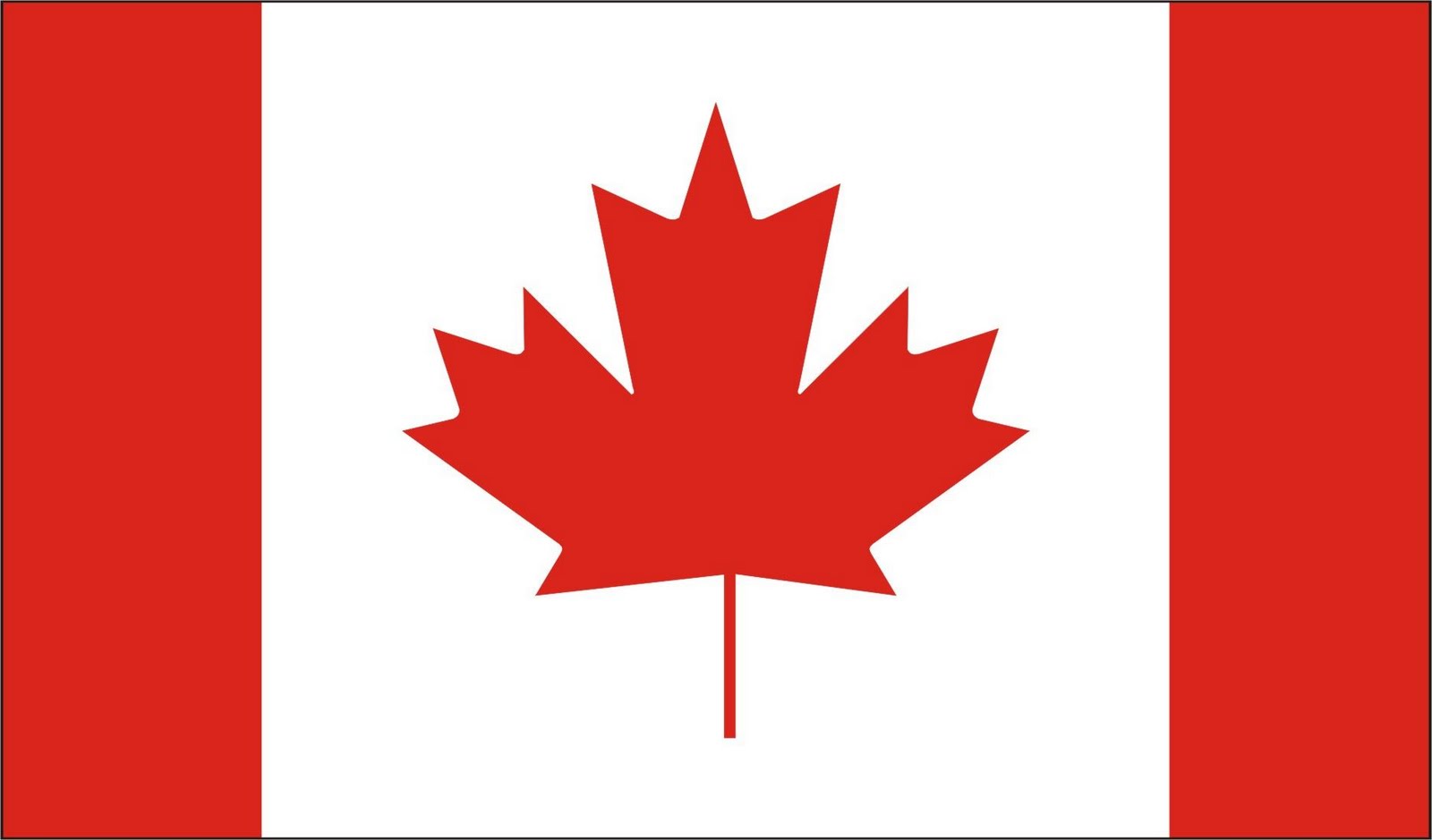 The National Flag of Canada, also known as the Canadian Flag or the Maple Leaf Flag Was Officially Adopted On 15 February 1965. The Flag is consists of a red field with a white square at its center in which sits a stylized, 11-pointed red maple leaf. A joint committee of the Senate and House of Commons voted for the present flag in 1964 against formidable odds. After months of debate, the final Design Of The Flag of Canada adopted by Parliament and approved by the royal proclamation became Canada’s official National flag. The Flag Was Design By George F. G. Stanley.

Since 1965, the Canada National Flag has been the Maple Leaf flag, which, as the name suggests. The Flag Features a large red maple leaf on a white field, with two red bars on either side. There is no official symbolism to the Maple Leaf flag, beyond the fact that the maple leaf is one of Canada’s best-known national emblems and red and white are Canada’s official colors. The specifics of the design don’t represent or mean anything in particular, and the National Flag of Canada is simply supposed to serve as a unifying symbol of the country.

History of the Canadian Flag

At the time of New France (1534 to the 1760s), two flags could be viewed as having status as the Canada National Flag. The first was the banner of France. It was a blue square flag bearing three gold fleurs-de-lys. It was flown above fortifications in the early years of the colony. For instance, it was flown above the lodgings of Pierre Du Gua de Monts at Île Sainte-Croix in 1604.

There is some evidence that the banner also flew above Samuel de Champlain’s habitation in 1608. Afterward, the completely white flag of the French Royal Navy was flown from ships, forts and sometimes at land-claiming ceremonies. Early in the 17th century, it was regarded by the inhabitants of the colony as the emblem of the French nation and therefore as their own national flag.

Around 1870, Canada began flying the Red Ensign as its flag. It included the coats of arms of the four original provinces of Confederation on one shield. The royal crown was usually featured on top of the shield, a beaver below and branches of maple on both sides. The first government attempt to give Canada a flag came in 1925. Prime Minister William Lyon Mackenzie King set up a committee to study the question. After months of debate, the final Design Of The Flag of Canada adopted by Parliament and approved by the royal proclamation became Canada’s official National flag.

What Are The Colours of The Flag?
Ans: White And Red

Who Is The Designer of The Flag?
Ans: George F. G. Stanley