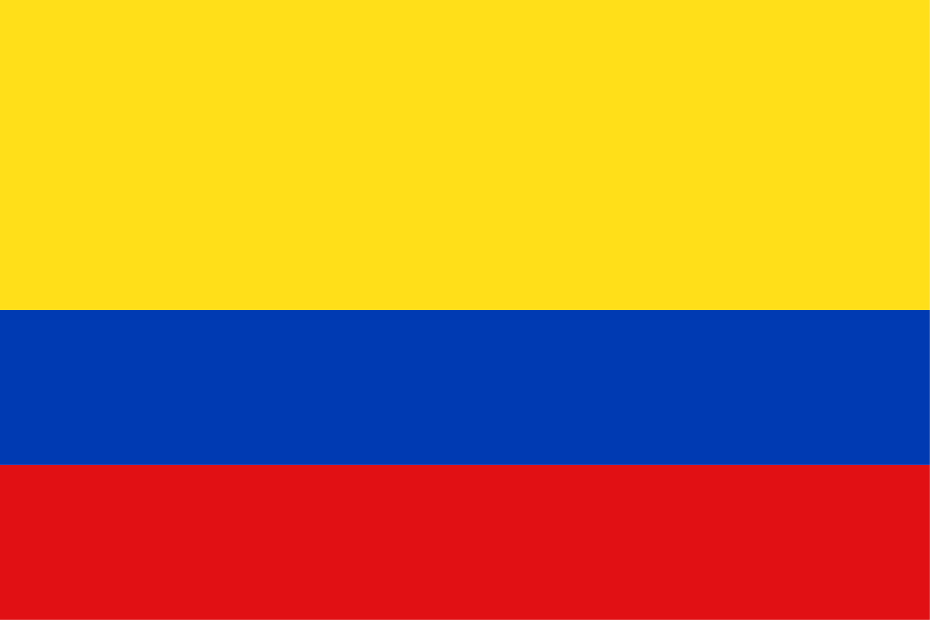 The Colombia National Flag Was Officially Adopted by law On November 26, 1861. The Flag Of Colombia consists of three horizontal bands of yellow, blue, and red. The top band is yellow and occupies the top half of the flag. The middle band is blue and takes up one-quarter of its overall design and the bottom band is red and also features on one-quarter of the flag’s design. The Design Of The National Flag Of Colombia symbolizes Colombian independence from Spain. The flag was designed by a Venezuelan military leader and revolutionary named Francisco de Miranda.

History Of The Flag

The history of the Colombian flag dates back to the country’s independence. These colors have their origins in the fight against the Spaniards, when Venezuelan General Francisco de Miranda, introduced a yellow-blue-red flag. These colors were in 1819 the republic Gran Colombia founded by Simón Bolívar, a federation of present-day Colombia, Panama, Venezuela and Ecuador witch in 1830 went under. Since then Colombia, Venezuela, and Ecuador all use the three-color yellow-blue-red flag, the National Flag Of Colombia is the ancient Great Colombia flag.

What Are The Colours of The Flag?
Ans: Blue, Red, And Yellow

What Do the Colours of The Flag Means?
Ans: Yellow stands for universal liberty, the blue stands for equality and the red stands for fraternity.

Who Is The Designer of The Flag?
Ans: Francisco de Miranda