What Is The National Flower of Colombia? 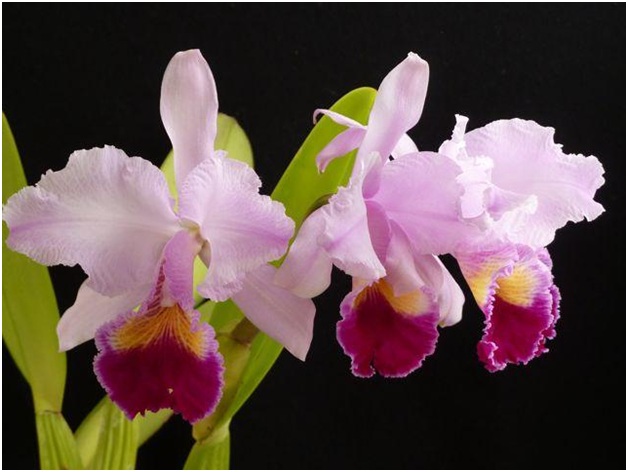 “Cattleya Trianae” Is The National Flower of Colombia. Some People Also called The Mayflower or the Christmas Orchid. It Has Been Colombia’s national flower for Almost 80 years.

The orchid was chosen because the lower part of its flower can appear yellow, blue and red – the colors of the Colombian flag.The species was also named after a 19th-century Colombian botanist, Jose Jeronimo Triana. This rare flower is endemic to Colombia and grows between 1,500 and 2,000m above sea level, in the cloud forest.

The Orchid or Cattleya Trianaeis the national flower of Colombia. It is commonly known as Cattleya Orchid or Cristmas Orchid. It is also called ‘Queen of Orchids’, ‘Crimson Cattleya’,or Ruby-Lipped Cattleya and flor de mayo ( May flower) in Colombian language It comes from the Orchidaceae family which sub family is Epidendroideae . Cattleya is the genus and C. Trianae is the species of the Colombia’s national flower.Colombia is the second largest flower exporting country of the world, and famous for the flowers with extra-ordinary color, vibrant, fragrant, lively-ness and beauties. Due to rich in climate, the land of Colombia grows lot of flower with different variety, some of them are; Cut flowers, Orchids, Carnations,Protia flower, Orange-red tubular flower, Bucket Orchid, Heliconia, Miltoniopsis vexillaria orchid, Bromeliad flower.

Bananas flower, Water lilies and Roses. Some of which are are very popular and being used to various occasions and festivals in Colombia, the flowers are Sunflower, Gerberas, Roses, Ginger, and Orchids.The beauties, fragrant, popularity and availability of the Cattleya Trianae or Christmas Orchid bound the Academy of Colombian History to recommend for official state flower of Colombia in 1936. Another prestigious matter is the color of Cattleya Trianae is also the same color combination in the Colombian national flag.

The Cattleya Orchid or Cattleya TrianaeColombia’s National flowerwas named by John Lindly after William Cattley in 1824. This type of Orchid consists of 113species of Orchid. Cattleya Orchid can grow nicely in house i.e. homely atmosphere and temperature that means the temperature should be 65 to 70 degree Fahrenheit in day time and 58 to 60 degree Fahrenheit in night time. The flowers are about five centimeter across and six centimeter tall.

The petals of this flower are twisted around. The rear surface is forward-facing. The 2 petals and the top sepal are yellow-pink in color. The adjacent sepals are pale purple in color. The lip is really big and wide. The middle lobe spreads out like a fan. It is excellently speckled with dark purple. Some jewelry brands in Colombia make necklaces, earrings and brooches crafted by gold plating real orchid. The Cattleya orchid is also used in aromatherapy. Because of the light and sweet fragrance, Cattleya orchid is perfect for gifts and souvenirs.

Orchid flowers have some special meaning in express right message and that message can be, Happy Birth Day, Thank you, Happy Anniversary or Congratulation for promotion and it differs on the basis of flowers variety. It is also signify the emotion that also varies country to country. Some examples are: in Japan it is known as symbol of wealth and nobility. In Chinese tradition it shows as the symbol of refinement and innocence and also symbol of many children. In England it is the symbol of pure love and affection, also the symbol of rare & soft beauty, love and friendliness.

The plant of Cattleya Orchid increase humidity in the environment that can help to avoid the seasonal sickness like cough, throat aching and skin dryness. It was found after the research on flu, the high percentage of humidity can decrease the spreading of flu.

To sum up, The National flower of Colombia, Cattleya Trianae or Christmas Orchid is symbolizes the national spirit, pride and identity of Colombia.
Referance: