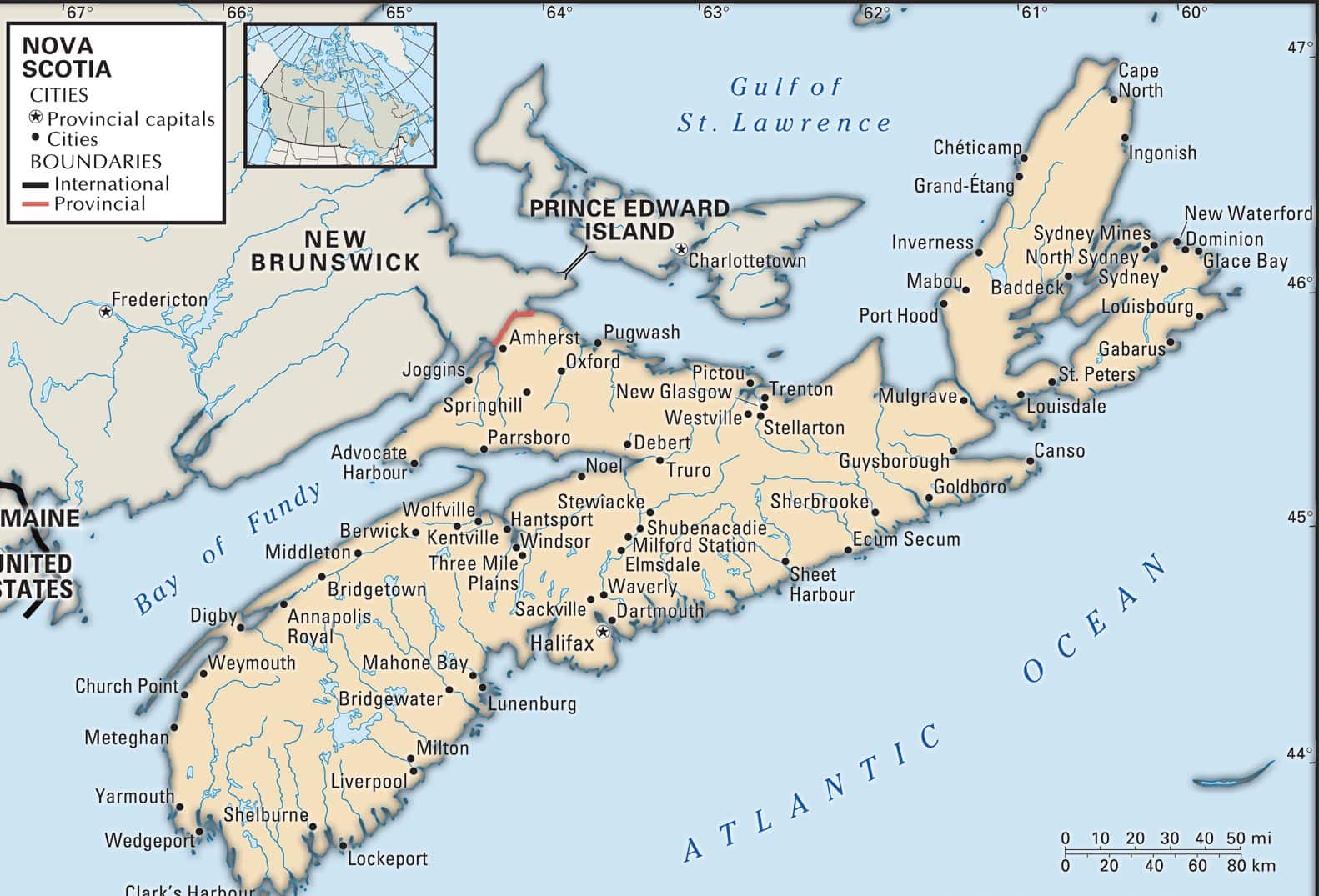 Canadian province Nova Scotia is located in the eastern part of Canada. It is one of the four original provinces (along with New Brunswick, Ontario, and Quebec) that constituted the Dominion of Canada in 1867. With a population of 923,598 as of 2016, it is the most populous of Canada’s four Atlantic provinces. Nova Scotia covers an area of 55,284 square kilometers (21,345 sq mi) includes Cape Breton Island and 3,800 other coastal islands. The capital and largest city is Halifax.

After thousands of years of occupation by aboriginal peoples, the region came to the attention of Europeans, perhaps during the Viking voyages of c. AD 1000 and certainly by the late 15th century. In 1848, Nova Scotia became the first British colony to achieve responsible government, and it federated in July 1867 with New Brunswick and the Province of Canada (now Ontario and Quebec) to form what is now the country of Canada. 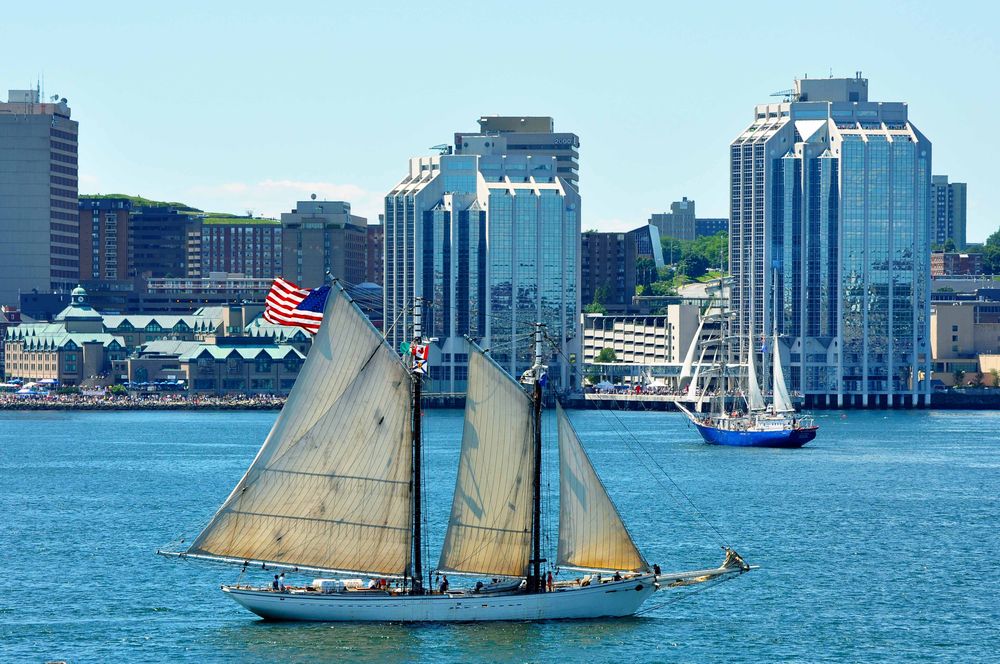 Nova Scotia is one of the thirteen provinces and territories of Canada. Political Map of Nova Scotia shares only a land border with the Canadian province of New Brunswick is situated on the Isthmus of Chignecto. The Nova Scotia province is bounded by the Bay of Fundy in the west and by the Atlantic Ocean in the south and east. It is separated from Prince Edward Island in the north by the Northumberland Strait and Newfoundland Island in the northeast by the Cabot Strait.

Covering an area of 55,284 sq. km, Nova Scotia is located in the eastern part of Canada. The numerous hills and low mountain ranges of the province are all located within the Appalachian Mountains. Some of the major rivers are Avon, Jordon, Clyde, Philip, Liscomb, Mersey, Roseway, Salmon, St. Marys, etc. The province contains 5,400 lakes. Lake Rossignol is the largest freshwater lake on the mainland. The highest point is White Hill at 533m (1,749 ft) above sea level. It is situated amongst the Cape Breton Highlands in the far north of the province. 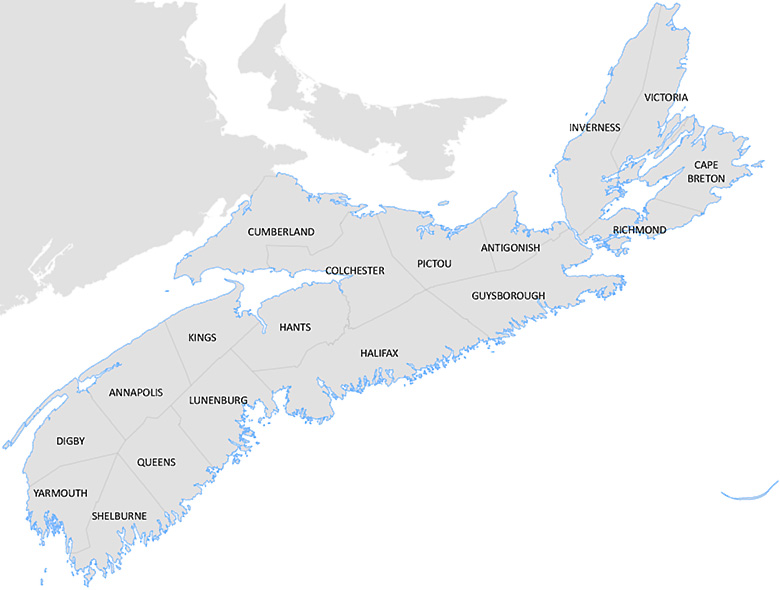 Map of Nova Scotia Province | Political, Geography And Cities Map is the Map of Canada . You can also free download Map images HD Wallpapers for use desktop and laptop.