Map of California | Political, Physical, Geographical, Transportation, And Cities Map is the Map of California. You can also free download Map images HD Wallpapers for use desktop and laptop. Click Printable Large Map

California was first discovered by Spanish seafarer Juan Cabrillo, in 1541. Various Native Californian tribes were first settled before being explored by a number of Europeans during the 16th and 17th centuries. The area was initially owned by Mexico in 1821 following its successful war for independence.

The United States acquired the area from Mexico after the Mexican–American War in 1848, with generally the same boundary as California today. The state was admitted to the Union as the 31st state on 9th September 1850.

California is the 3rd largest state in the United States. It is bounded by the Pacific Ocean in the west and bordered by Oregon, Nevada, and Arizona. it shares an international border with Mexico in the south. Sacramento is the state capital of California. California also has some most populous counties like Los Angeles County, and its largest county by area, San Bernardino County.

The Political Map of California shows the State of California with boundaries, the location of the state capital Sacramento, major cities and populated places.

California is in the Pacific Region. The Physical Map of California is the 3rd largest state by area With 163,696 square miles (423,970 km2). The state is larger than Germany or slightly smaller than Iraq. California is 135 times as big as Rhode Island Compared with other US states.

California shares border with Oregon to the north, Nevada to the east, and Arizona to the southeast. The ‘Golden State’ is the popular nickname of California. It features a diverse landscape ranging from the redwood forest, Sierra Nevada Mountains, the Mojave Desert, and beautiful beaches with rugged cliffs.

The Geography Map of California has four main geographic regions: the Coast, the Central Valley, the Mountains, and the Desert. California Pacific Ocean coastline is large with 1,350 km (840 mi) area. The large parts of the coast are accessible by the California State Route 1.

The flat, fertile central valley runs along the center of the state. The mountain range offers the Sierra Nevada, a 640 km (400 mi) long mountain range. The Mojave Desert is the driest desert in all of North America with an area of 35,000 km².

California also has several important seaports like Port of Los Angeles and the Port of Long Beach in Southern California. These are the largest in the country and responsible for handling about a fourth of all container cargo traffic in the United States.

Sacramento is the state capital of California. California also has some most populous counties like Los Angeles County, and its largest county by area, San Bernardino County. 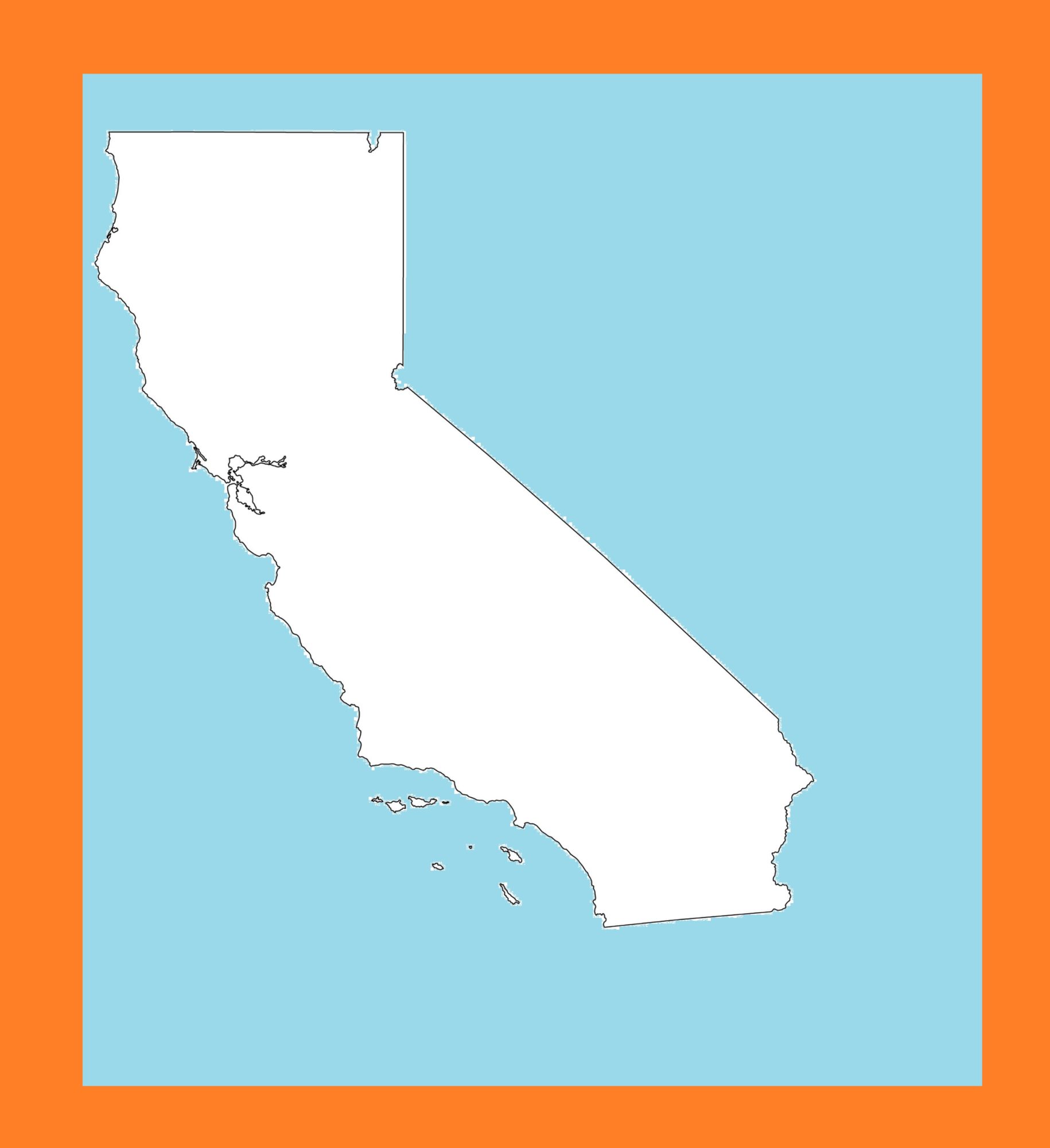 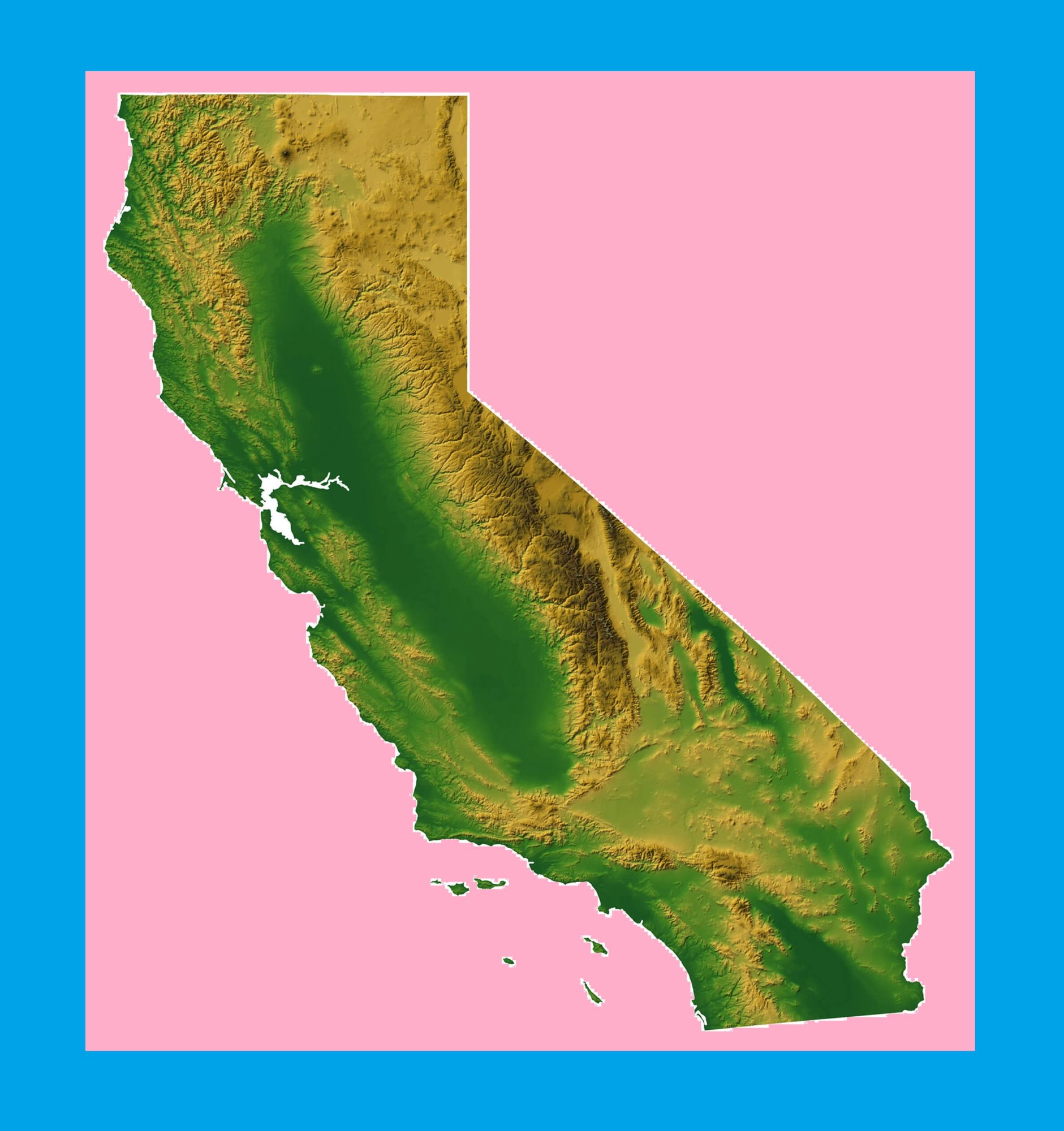