Map of Florida | Political, Physical, Geographical, Transportation, And Cities Map is the Map of Florida. You can also free download Map images HD Wallpapers for use desktop and laptop. Click Printable Large Map

Florida is located in the southeastern region of the United States. It is the most southeastern state of the USA and is known as the “Sunshine State”. Florida is the third-most populous state With a population of over 21 million. The Map of Florida covers an area of 65,755 square miles which makes it the 22nd largest state in the country.

The first European contact was made in 1513 by Spanish explorer Juan Ponce de León. At that time, the state was called la Florida and administered by Spain and Great Britain. Florida was admitted as the 27th state on March 3, 1845. At the time of the civil war, Florida declared its secession from the Union on January 10, 1861. The state was again restored to the Union on June 25, 1868.

The state is a popular tourist destination and home to a variety of attractions. Some Popular places like Walt Disney World, Cape Canaveral, and the Kennedy Space Center, the Universal Orlando Resort, Miami Beach, the Ten Thousand Islands are located in Florida.

The Political Map of Florida covers an area of 65,755 square miles which makes it the 22nd largest state in the country. The state capital of Florida is Tallahassee and its most populous city is Jacksonville. Florida shares a land border with only two other states, both along its northern boundary: Georgia (east) and Alabama (west). The nearest foreign territory is the island of Bimini in the Bahamas.

The Political Map Of Florida shows the US state of Florida with boundaries, the location of the state capital Tallahassee, major cities and populated places, interstate highways, and railroads.

Florida is located in the southeastern region of the United States. It is the most southeastern state of the USA and is known as the “Sunshine State”. Florida features more than 12,000 km² (4,700 sq mi) of lakes. 7,700 lakes are greater than 4 hectares in size. The state is slightly larger than twice the size of Austria.

The Geography Map of Florida features a diverse collection of islands, marshes, springs, swamps, and hundreds of small lakes, rivers, and ponds. The state shares borders with Alabama & Georgia to the North, the Atlantic Ocean to the East, the Gulf of Mexico to the West, and the straits of Florida to its South.

The land is divided into four main regions:

The state capital of Florida is Tallahassee and its most populous city is Jacksonville. 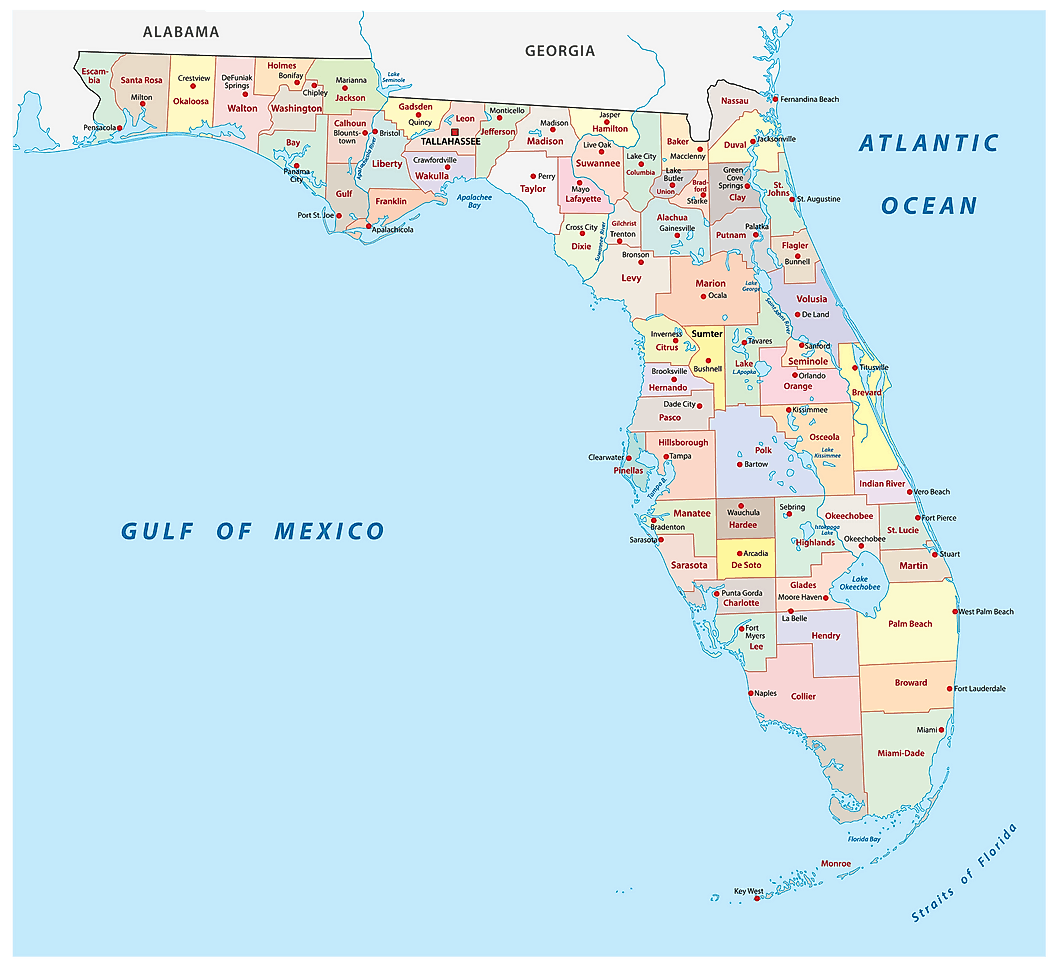 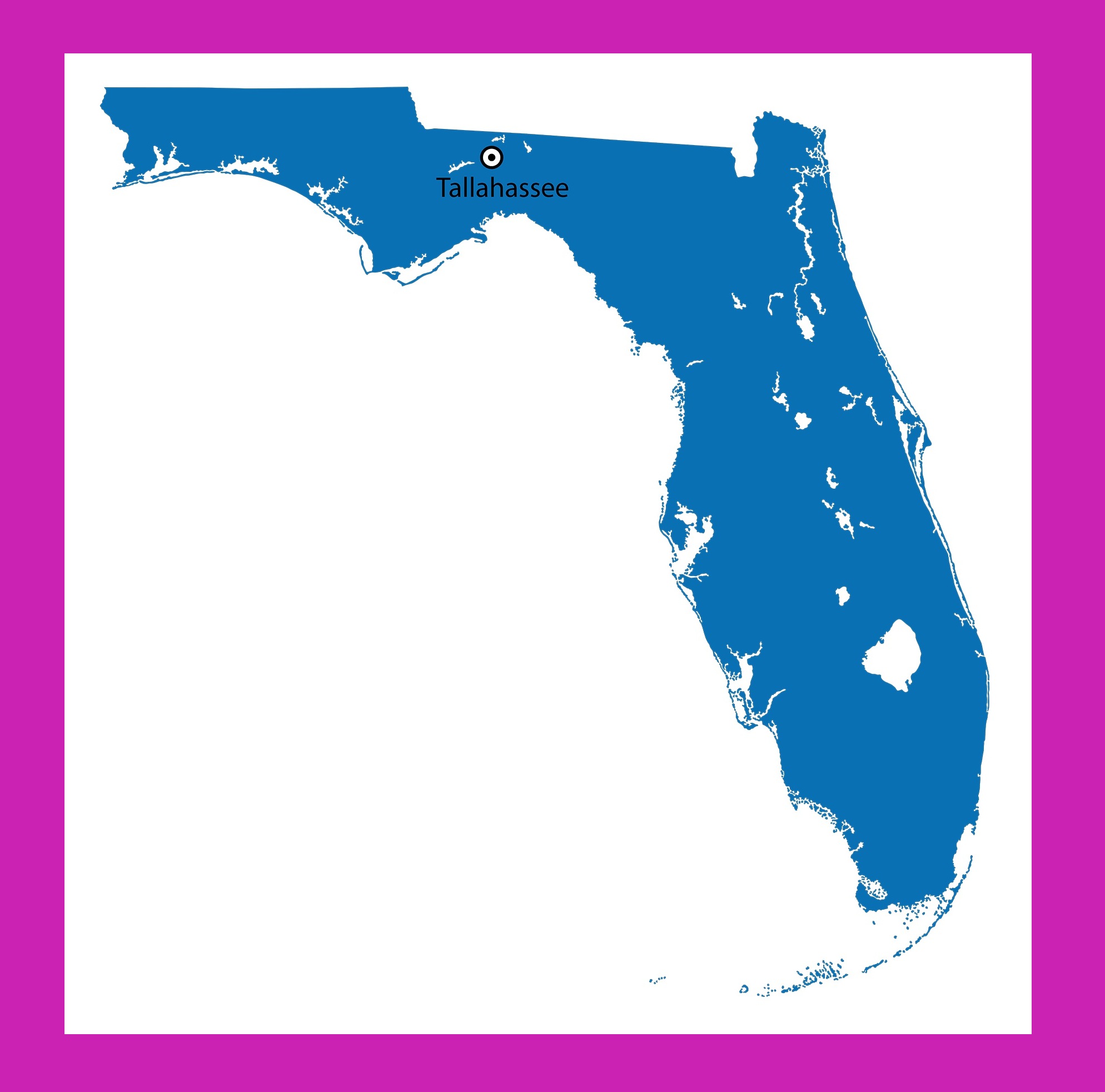