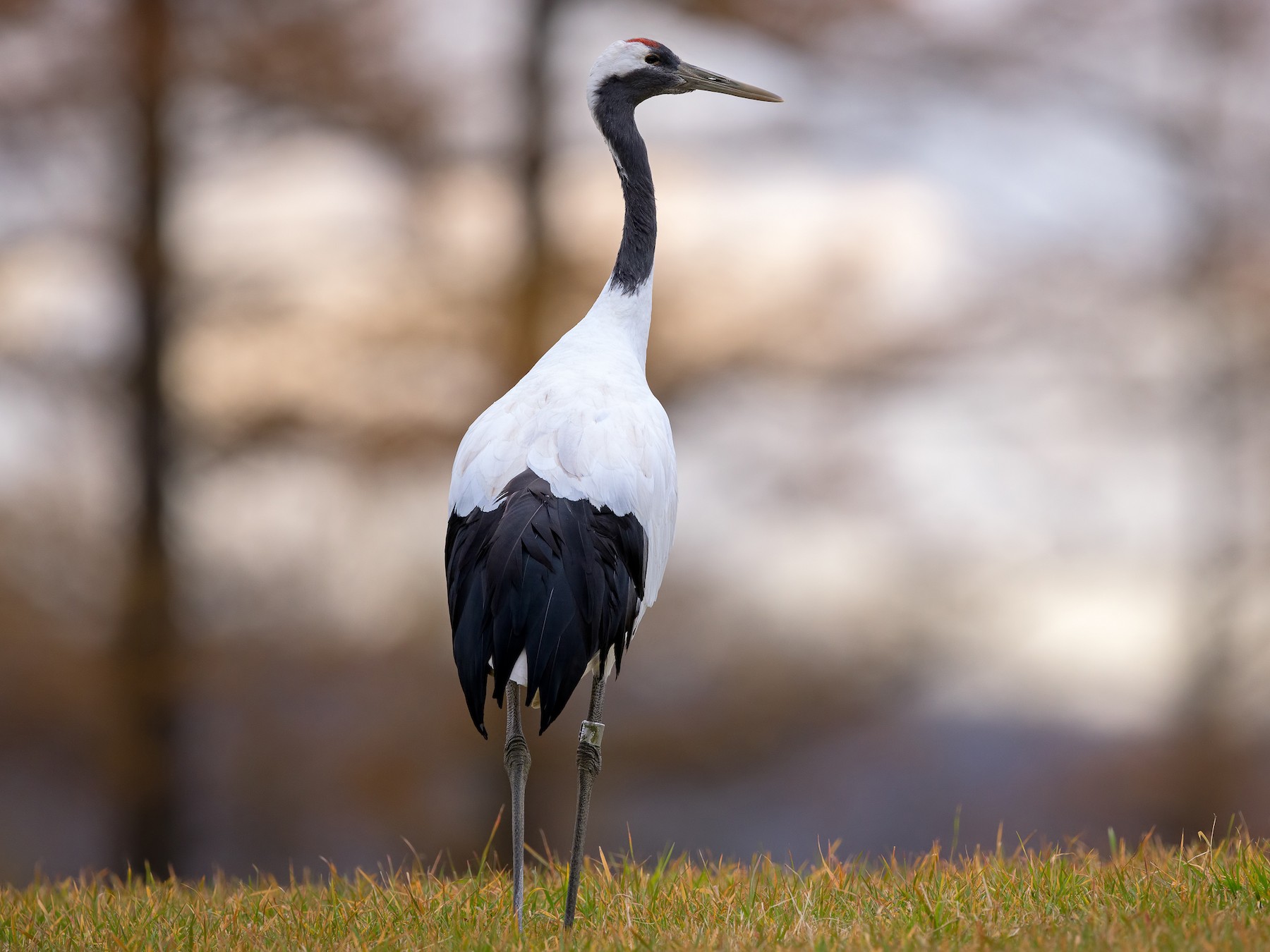 The Red-crowned Crane is the Unofficial National Bird of China. Its scientific name is Grus japonensis. It is also famous as the Japanese crane. The Bird was Proposed as National Bird by State Forestry Administration in 2007 and Awaiting for State Council approval. It won an overwhelming 64.92 percent of the vote held on more than twenty Chinese websites from May to June 2004 attracting around 5 million netizens.

In China, The Red-crowned Crane is a symbol of elegance and flight. In some of the Chinese legends, they are seen as being helpful and wise. They are often associated with the idea of immortality and the journey of life. People of China usually draw the fairy crane and aged pine trees together to stand for the prolonged ages and longevity. In fact, the fairy crane often appeared often referred to in the traditional Chinese poems and drawings refer to are the red-crowned crane. 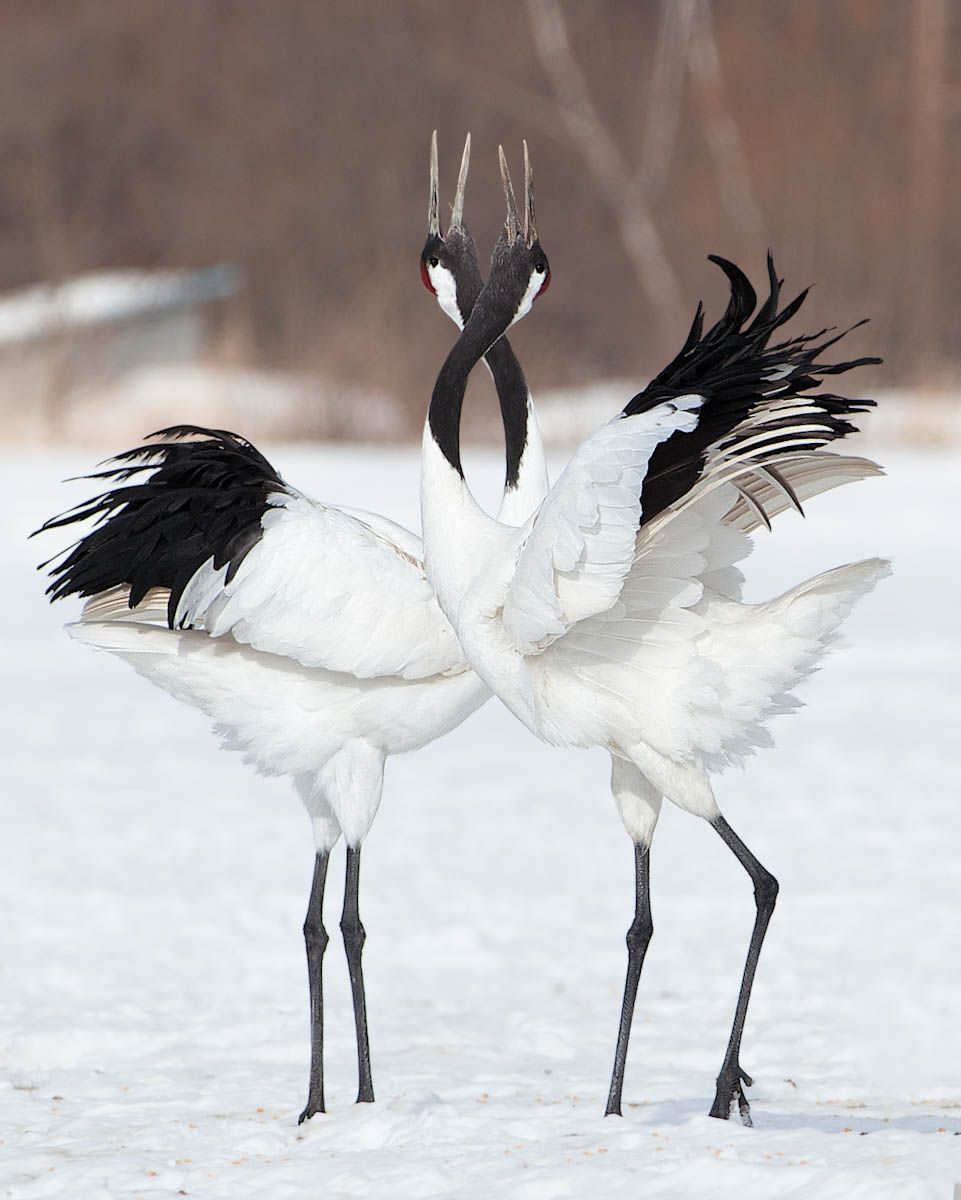 The National Bird of China red-crowned crane has snow-white primary feathers with a black face and neck. White feathers extend from behind the eyes to the nape, and a red patch tops the crane’s head, giving it its name. By and large, their wings are black and the remaining part of the body is totally snow white. Its male species are black on the cheeks, throat, and neck. Its female species are shining gray in these spots. The beak or bill is olive green to greenish horn in looking. China National Bird has slaty to grayish-black legs and the iris is dark brown. Juveniles have a combination of white, partly tawny, cinnamon brown, and/or gray plumage. At two years of age, the bird’s primary feathers are replaced with all white feathers.

Red-crowned cranes are often long and tall—some of the world’s largest cranes. The fully-grown adult stands at five feet, with a wingspan that grows to eight feet. Males are slightly larger than females. It stands 158 centimeters (5 feet) tall, has a wingspan of up to 2.5 meters (8 feet), and weighs from 7 to 15 kilograms, (15 to 26 pounds). 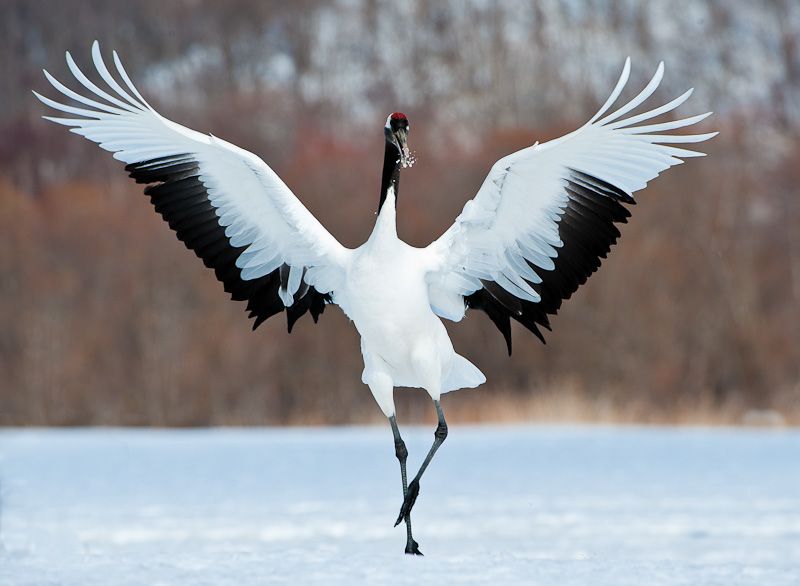 China National Bird Red-crowned Cranes breed in large wetlands in temperate East Asia. In the winter, the mainland population divides into two or three wintering subpopulations, wintering along rivers and in coastal and freshwater marshes in Japan, China, and the Korean Peninsula.

Lifespan in the wild is not well documented, but in human care, the median age for both sexes of red-crowned cranes is 15.1 years.