The Société Nationale des Chemins de Fer Luxembourgeois (CFL) is the national railway company of Luxembourg. Luxembourg has a small network made of 275 km of railway tracks.

In 2013, the Luxembourg railway carried approximately 20.7 million passengers and 804 million tonnes of goods. The company employs 3,090 people, making CFL the country’s seventh-largest corporate employer. Train tickets for trains operating in Luxembourg can be booked in advance. International trains connect Luxembourg with neighboring countries such as France and Belgium. Book train tickets to visit the city of Luxembourg. 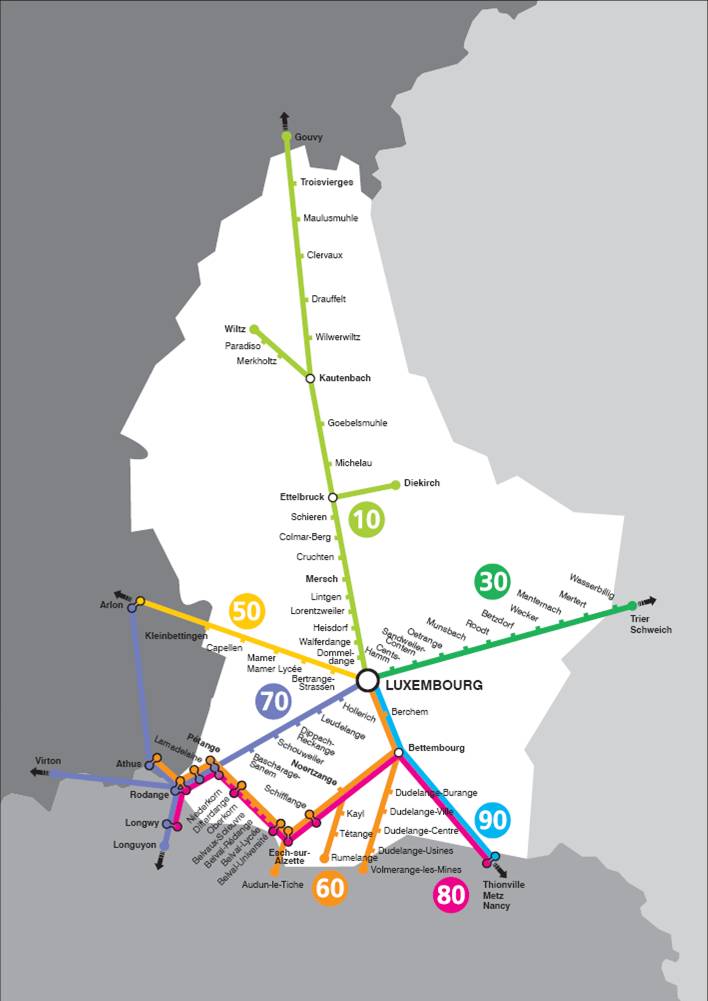 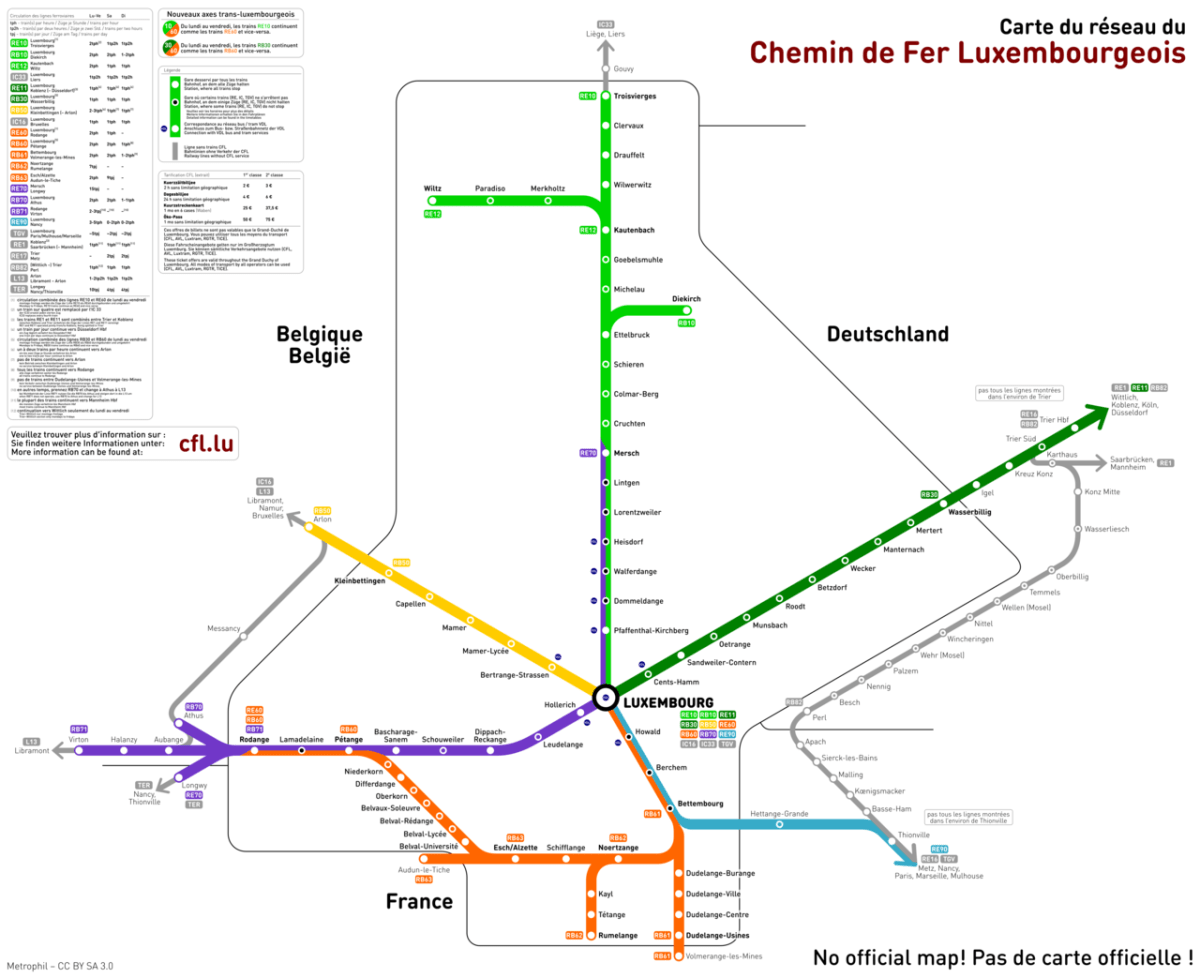 Luxembourg is a member of the International Union of Railways (UIC). The UIC Country Code for Luxembourg is 82.