Luxembourg is a small landlocked country in western Europe. The Country has a population of under half a million people in an area of about 2,600 square kilometers (997 sq mi). Luxembourg lies in the cultural divide between Romance Europe and Germanic Europe. The Country borrowing customs from each of the distinct traditions. 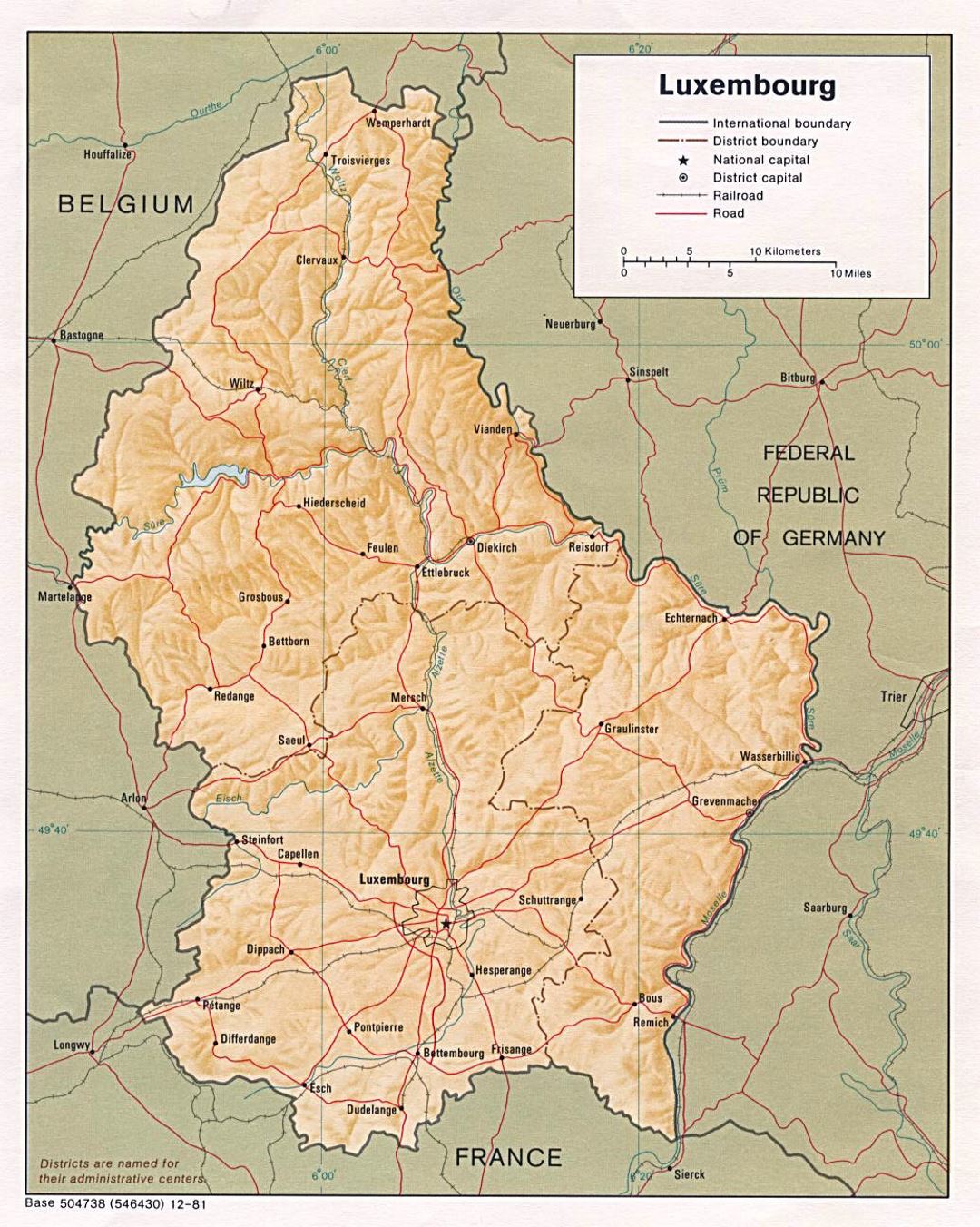 Luxembourg shares international borders with Belgium to the west and north, Germany to the east, and France to the south. Luxembourg's geography offers two principal regions: the Oesling, part of the Ardennes massif, a hilly region with large deciduous forests in the north, and the Gutland ("good country"), the relatively urbanized region in the south. 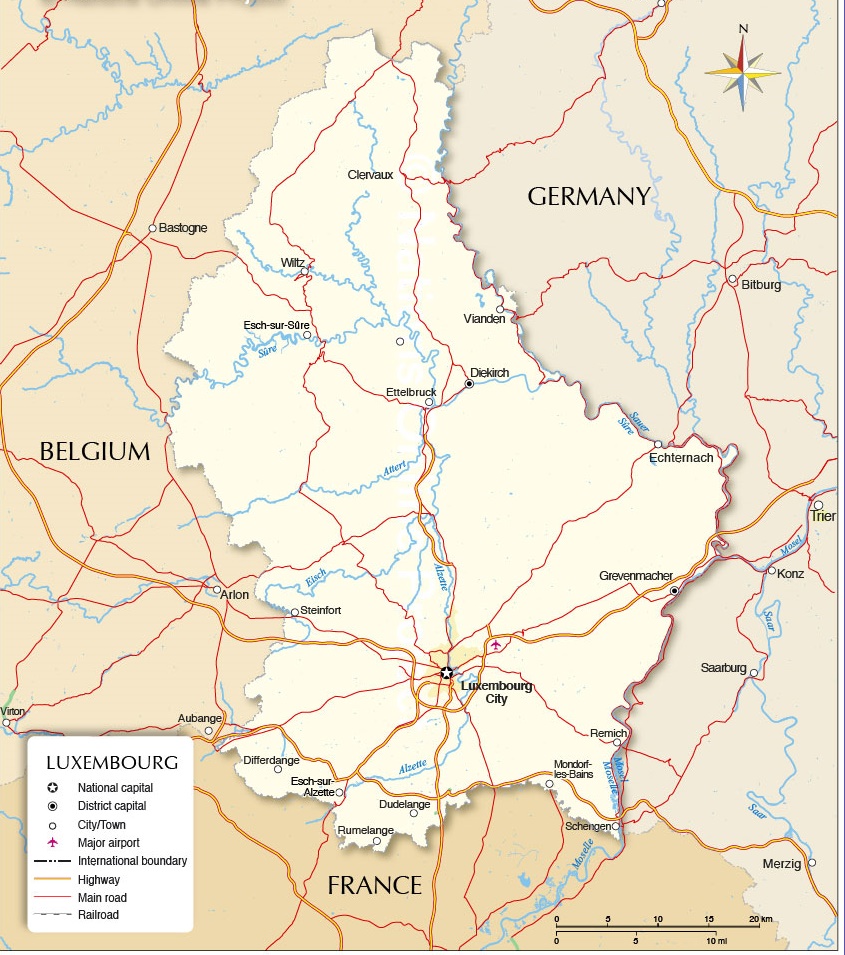 Luxembourg City serves as the capital of Luxembourg. It is also the most populous commune of the country. The city has an area of 51.46 square km and a population of around 107,247 individuals. The population density of Luxembourg City is 2,100 persons per square km. The elevation of the city varies from 750 feet to 1,319 feet.