Latitude And Longitude Map of Luxembourg | Where Is Luxembourg?

Luxembourg Located in the northwest region of Europe. Three other European nations Belgium, France, and Germany surround Luxembourg, making it a landlocked country. Known more formally as the Grand Duchy of Luxembourg, the country is one of the smallest ones in all of Europe, not to mention in the entire world.

Latitude and Longitude of Some Luxembourg Cities 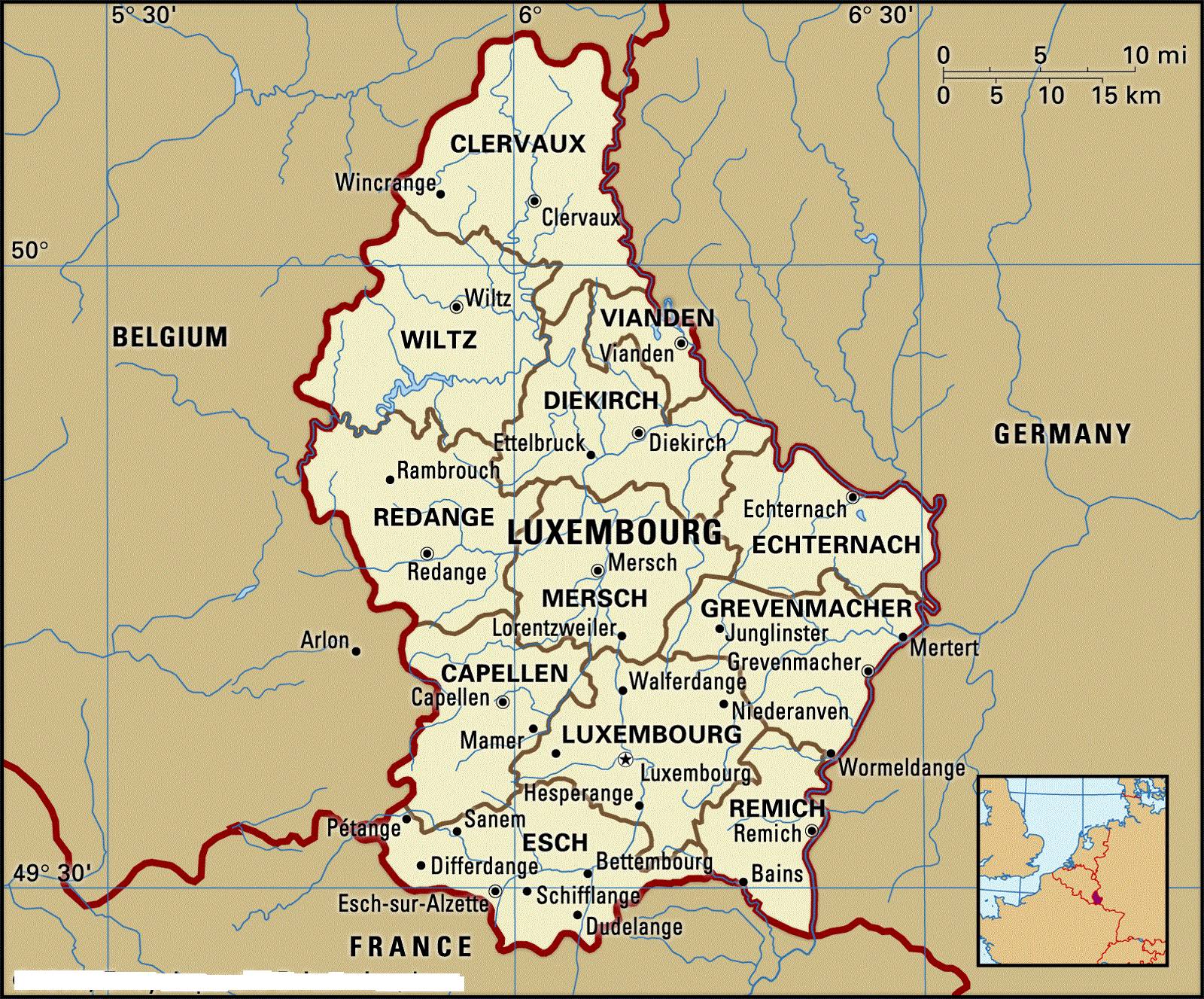 Luxembourg City is the largest and the most populous city in Luxembourg, the country's capital and the main economic, educational, religious and cultural center. The city with the population slightly below 100,000 people enjoys an amazing geographical location and is a famous center of tourism and European culture.