Luxembourg is a very small country in Western Europe. It’s even smaller than the smallest U.S. state of Rhode Island! It’s a landlocked country (meaning it has no coastline), with many thick forests, hills, and low mountains.

Luxembourg has 6 Major motorways connecting almost every part of the country in the North, South, West, and East. The six motorways have a total length of 152 kilometres (94 mi).

Roads in the South: The capital city Luxembourg City has road networks that connect to other parts of the country.

The A4 motorway connects Luxembourg City with Leudelange, Schifflange and intersects with A13 that goes all the way to Sanem and Petange.

A1 E44 motorway connects Luxembourg City to the Eastern part of Senningerberg through Flaxweiler, passing the outskirts of Grevenmacher and ending in Wasserbillig border town with Germany. 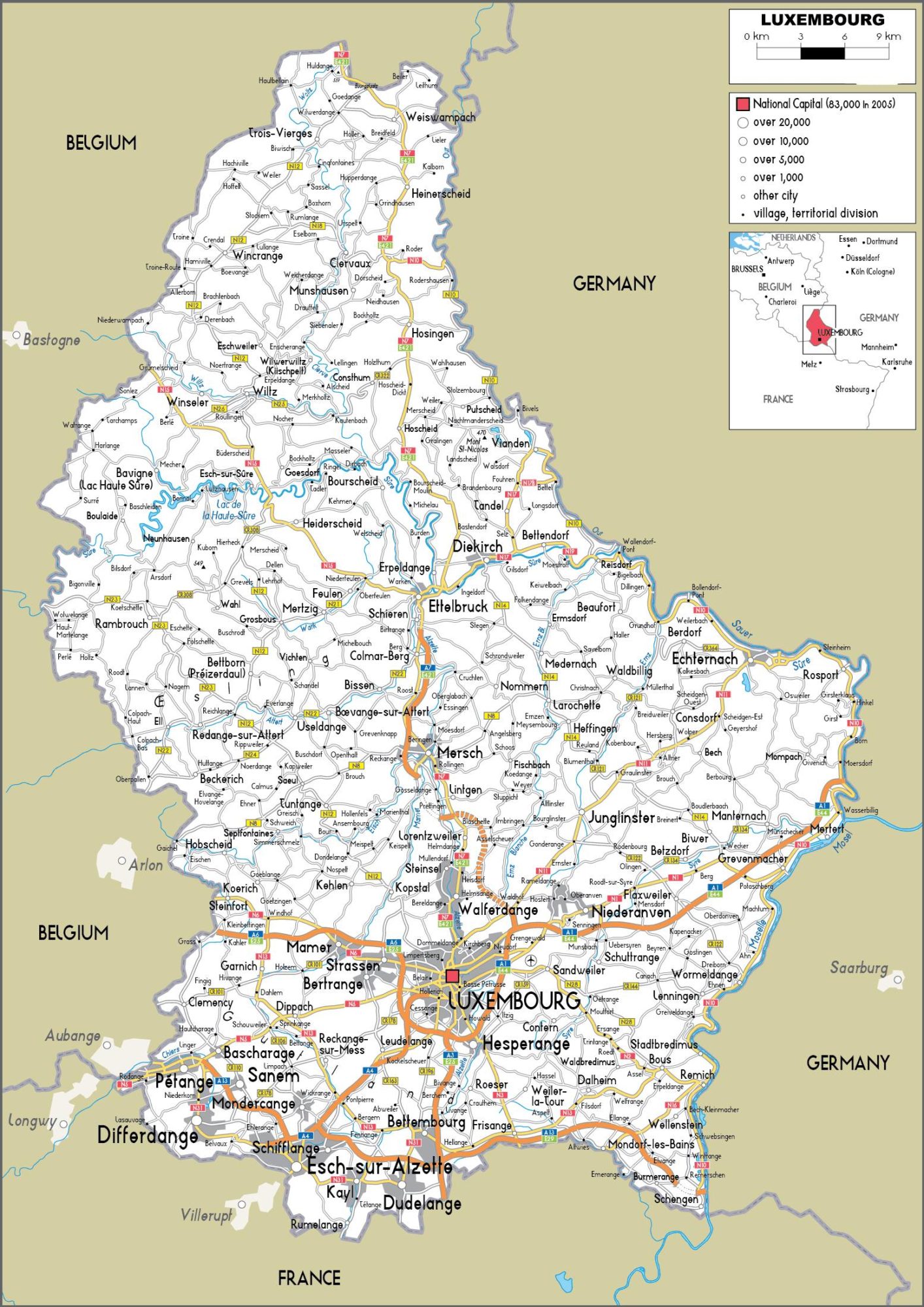 A7 links Luxembourg City northwards while passing Mersch, Ettelbruck, and Erpeldange. Roads in the North N7 E421 is the longest road starting near the northern border village of Huldange with Belgium passes Weiswampach extending southwards via Heinerscheid, Holsingen, Mersch city, to Lintgen, connecting Lorentzweiler and Walferdange down to Luxembourg City.

Roads in the East There are other several road network such as N10, N17, N178 connecting cities, villages and towns like Viaden, Tandel, Bettendorf, Reisdorf, Ballendorf-pont, Weillerbach, Enternach in the Eastern part of the country.